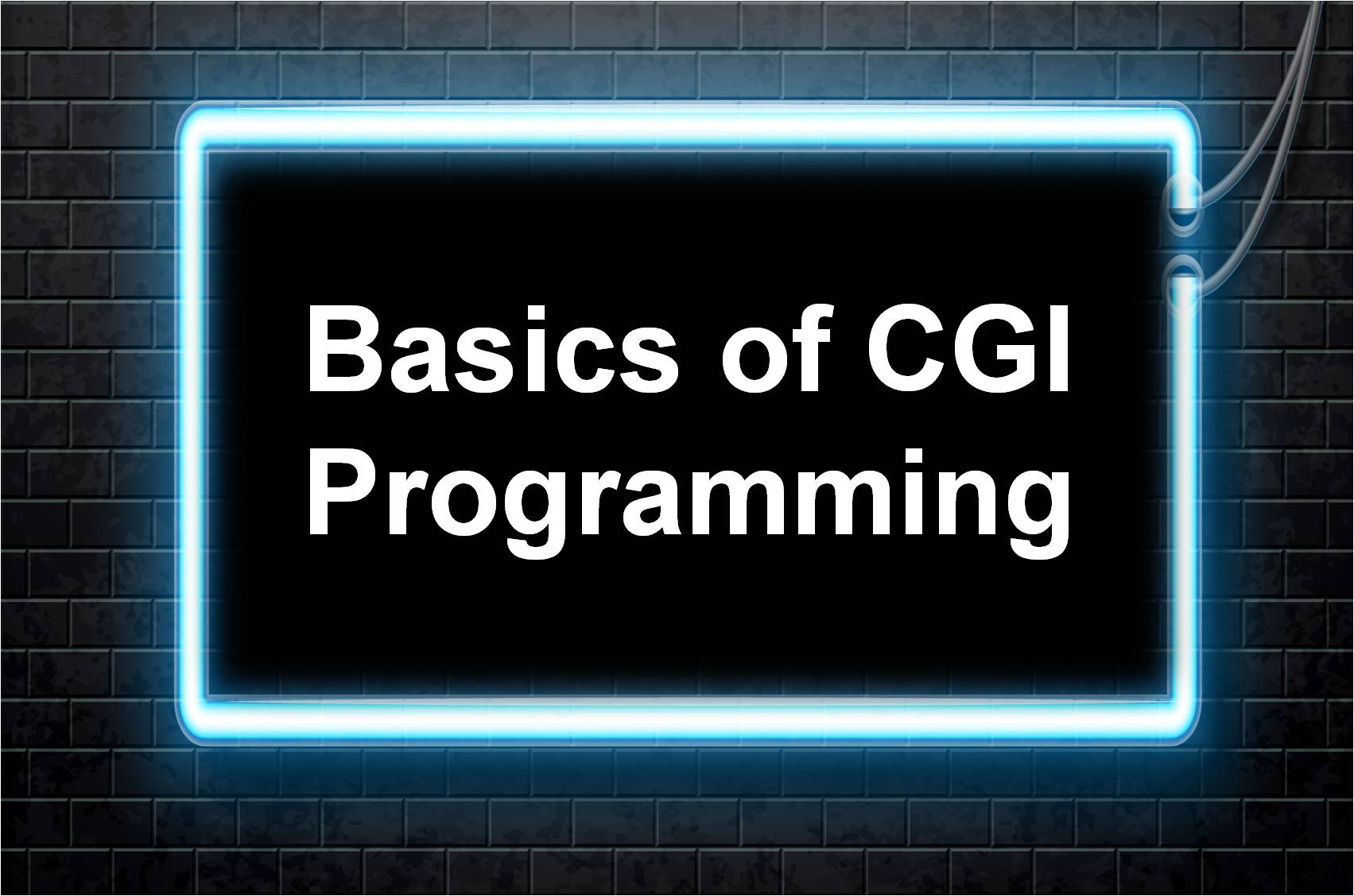 What is CGI programming?
Many confuse CGI with Computer Generated Imagery, but today we would discuss CGI that many C, Java and Perl programmers would be fond of. I’m talking about Common Gateway Interface (CGI) which is a standard platform used to generate dynamic content on Web Pages and Web applications.

The Common Gateway Interface or another term would be CGI scripts, works by providing an interface between the web server and the programs running the web content. CGI are normally written in scripting language.

That being said, here are some of the common functionalities of CGI

Functionalities of CGI
Programming Languages you can use with CGI
Perl

For those who are more in tuned with CGI scripts, the Perl language is mostly used with CGI programming. Reason is Perl has a very helpful socket support which creates CGI programs that interface smoothly with internet protocols. Your CGI program can send a webpage in response to a transaction and simultaneously send emails to inform people that a transaction happened. The Perl is also known to have flexible text handling where it can handle strings in terms of memory allocation and deallocation.

The Perl’s capable functionality is advantageous for CGI applications due to its simplistic format which allows for easy development, debugging and revision. As such, your programming task would be easier when it comes to debugging complicated compiled programs.

printenv — a CGI program that just prints its environment

For Python Scripts, the CGI input is connected to the client, which forms data and passed the data via the query string which is part of the URL. Python also provide a number of utilities which aids in debugging scripts and support for file uploads from a form.

A few tips when using python, you may create something interesting which involves printing out a HTTP header and a Web page. Also, it is good to handle all your incoming inputs from things like HTML forms or request parameters.

To wrap it up, here is a sample code attempts to combine a simple output of a Web page with the processing of input from users viewing the page. You may wish to choose the actual first line of the script based on one of the first two lines provided below - the first one for Windows and dependent on the Python install path, whereas the second may only work on UNIX-like systems.

For the Java language, writing a CGI program can be relatively easy if you know the issues. To write a Java language, you need to write the execution of the Java program inside another script. This is to allow the actual script invoked on your web server to pass a Unix shell script or a Windows batch file through the CGI environment variables into your Java program.

Another tip, the java.cgi script is a helpful method in managing interaction between the HTTP daemon and the Java CGI program. What it does is that the shell script extract names of the program that you want to run from the server provided data and collects all of the environment data into a temporary file. After which, the shell script runs the Java run-time interpreter with the name of the file of environment information and the program name added to the command-line.
Here is an example of writing a greeting form in a Java CGI program:
<HTML>
<HEAD>
<TITLE&gtHello and Welcome!</TITLE>
</HEAD>
<BODY>
<H1 ALIGN=CENTER&gtHello and Welcome</H1>
<hr>
<FORM METHOD="POST"
ACTION="/cgi-bin/hello.cgi">
What is your name?
<INPUT TYPE="text" NAME="name" VALUE=""><p>
What is your email address?
<INPUT SIZE=40 TYPE="text" NAME="email" VALUE="">
<INPUT TYPE="submit" VALUE="Submit"&gt. <P>
</FORM>
<hr>
</BODY>
</HTML>
JavaScript

Here’s a tip for JavaScript programmers: If you intend on assigning the number of files in a directory to a JavaScript variable here are the 4 steps you can take.
Once you adhere to the 4 steps, you may even form one CGI program on your server with three blocks of JavaScript.

For C programmers out there, you can still set up a CGI script but you have to turn it into a binary executable program. Do note however, that you need to compile and load your C program on the server.

C can be very useful for CGI programming as well due to its high speed, excellent feature set and stability.

Firstly, the processing of C programming can even be faster than PHP. Secondly, the C language offers high extensibility with its excellent feature set. Lastly, CGI programs written in C are very stable and that is because the program is compiled, it is not as susceptible to changes in the operating environment.

With the benefits of using the C language with CGI programming, here are some tips if you intend on running a CGI programme under C.

How to Buy the Best Polycarbonate Sheet?

How To Replace The Laptop Keyboard With Stuck...