So, how many people do use Microsoft Dynamics? Let's get the answer out of the way immediately: 3.5 million, according to Microsoft itself. But why is this the case? What draws more and more people to this suite of applications?

One of the best things about Microsoft Dynamics is its compatibility with Skype, Yammer, and Office, allowing you to have virtual meetings at any time, or pass along important information with minimal effort. The collaborative process has never been easier. 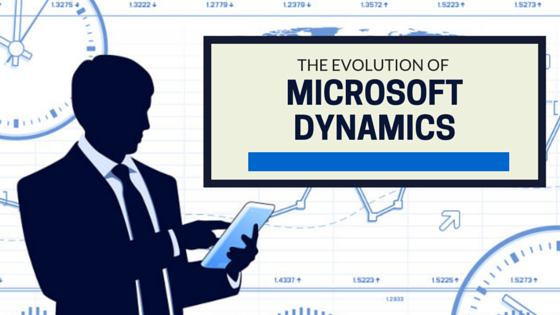 Microsoft Dynamics ERP is composed of five major products, each of them serving a different need. All of them were former successful enterprises from other companies before eventually being incorporated into Microsoft Dynamics.

Formerly known as Axapta, Microsoft Dynamics AX is the suite for businesses with a global market. Encompassing many languages and many currencies, this ERP software manages human resources, retail needs, finances, manufacturing, and many other operations.

This software was created as a collaboration between IBM and a Danish company, Damgaard Data, and called IBM Axapta, and first released to the public in 1998 in both Denmark and the United States. After version 1.5 was released, IBM left the project and Damgaard Data merged with

Navision Software, becoming NavisionDamgaard. Eventually, the company become known as Navision A/S before it was bought by Microsoft in 2002.

This is ERP for markets in the Middle East, Singapore, Australia, New Zealand, North and South America, Ireland, and the United Kingdom. Partner-supported localization has made this package available in many other places around the world. Used with Microsoft SQL Server, Microsoft Dynamics GP makes an excellent accounting solution for any business looking for more efficient management of supply, finances, and personnel.

Dynamics GP was created by a Fargo, North Dakota Company known as Great Plains Software, and its first version was

released in 1993. It became a part of Microsoft in 2000, when Microsoft bought Great Plains Software for just over a billion dollars.

Once Navision, Microsoft Dynamics NAV is geared toward small or medium-sized businesses. It supports multiple languages and currencies and helps businesses keep track of financial matters, employees, and

other important aspects, in real time.

Navision was acquired by Microsoft in 2002, at which point it was incorporated into Microsoft Dynamics as NAV. Originally, Navision came from Denmark. It was a very successful program created by a company known as PC&C A/S (Personal Computing and Consulting), released in 1987. This accounting application allowed more than one user to access their client/server-based system at the same time. It was so successful, that the company renamed itself Navision Software A/S.

At first, it was mostly a Scandinavian concern, but from 1990 on, Navision began to spread across Europe, into the United Kingdom and Germany. In 2000, the company merged with its biggest competitor, Damgaard A/S, to become NavisionDamgaard A/S, then simply

Navision A/S. Less than two years later, the company was bought by Microsoft, where it eventually became Microsoft Dynamics NAV.(http://dynamicsuser.net/wikis/navdev/the-history-of-dynamics-nav-navision.aspx)

This aspect of Microsoft Dynamics is for businesses based in North America, especially those geared toward growth through pursuing projects.

Before it was Microsoft Dynamics SL, this program was Solomon IV for Windows, created by Solomon Software, an independent accounting company based in Ohio. Solomon Software began to focus exclusively on Microsoft technology in 1999, using Visual Basic as their software language, Visual Basic for Applications for customization, and Microsoft SQL Server as their database. (http://conservancy.umn.edu/handle/11299/107346)

Great Plains Software bought Solomon Software in 2000, and just the next year, Great Plains was bought by Microsoft.

finances, and many other aspects a business needs to run smoothly.

As with several other offerings from Microsoft Dynamics, C5 originated with Damgaard Data. It was first created to replace Damgaard's Concorde C4 application, which was based on DOS. Named Concorde C5 in Denmark, it was sold in other nations as Arctos. Even today, however, C5 is largely a Danish product, and Microsoft only offers it in Denmark.

Microsoft Dynamics is best known for its ERP applications, but even that does not account for its millions of users. Its suite of applications also offers customer relationship management (CRM), business intelligence and reporting, and a whole host of other features which serve to make sure the number of people using Microsoft Dynamics is ever-growing.
This blog is listed under Development & Implementations and Enterprise Applications Community
Share this Post:
2
Was the blog helpful?
Related Posts:

Inside story: How HP Inc. moved from a rigid ...

How To Leverage Technology To Increase The Pr...