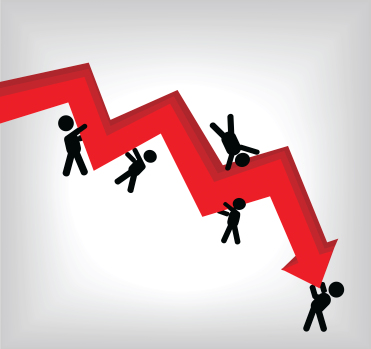 A new report from Adobe, has found that most businesses are spending less than five per cent of their marketing budgets on CRO (Conversion Rate Optimisation).Eighteen hundred digital marketers from an international pool were questioned, as part of the annual survey into the state of optimisation and 53% of respondents fell into the sub five percent CRO investment category, according to Econsultancy.When taken as a whole, 86% of those questioned said that under 15% of the marketing budget went towards CRO last year, while just 3% said that in excess of 50% of this budget was spent in this area.Conversion rates are incredibly important to businesses in the digital age, because turning a good number of visitors into paying customers, can help justify much of your marketing spend and dramatically increase revenues.Unfortunately, it seems that this lack of CRO is having a negative impact on some companies, with just over a third of those questioned saying that they currently have conversion rates of under 1%.The report also found evidence that the businesses which chose to actually invest in CRO were able to experience a marked increase in revenues as a result. The businesses questioned, which spend over a quarter of their promotional funding on optimisation, were found to be twice as likely to see better conversion rates, than companies which spent less than this amount.It may seem obvious that the key to achieving better than average conversion rates lies in spending more money on CRO, but judging by the results of the study, it is not something that a lot of businesses currently appreciate.CRO is a complicated art and there are no hard and fast rules for success, although there are a few things that companies can do today, to make sure that people who click through to their websites actually end up spending some cash.If you are using a PPC ad campaign to generate traffic, then conversion is even more important, because each click will be costing you money and if you do not convert visitors, then you will not get a return on your marketing investment.It seems that some sites focus too much on standard marketing and SEO, without truly thinking about how they can engage potential customers, once they have actually clicked through.Achieving a decent number of clicks is just half the battle, with the rest relying on the ability of a particular page or interface to then convince visitors that they should do business with a particular site.In an age when smartphone and tablet usage is becoming more prevalent, CRO also has to take into account the type of device, browser and interface that is being used to access a site. Mobile optimisation is important to securing conversions and another area that can be overlooked.The fact is that spending more on CRO will help give businesses the edge over their less well prepared rivals and stimulate revenues in the right direction.
* Image courtesy of Qualitystockphotos
This blog is listed under Development & Implementations , Digital Media & Games and E-Commerce Community
Share this Post:
0
Was the blog helpful?
Related Posts:

How SaaS Companies Build an Initial User Base