Take me to MyPage
I'm not curious
SKIP>>
We built MyTechLogy for you
Help us to help you.
Share your expectations and experience to improve it.
Please enter your feedback.
Thank you for your feedback!
Click here to continue..
Thank you for your Feedback
Your feedback would help us in sending you the most relevant job opportunities
You are here: Home / IT Blogs / IT Blog View
Localization of Mobile Applications is in the centre point, as an importance of localization has been proved in a market. As per the recently revealed data, the apps which have focused more on localization get good response. Clearly it has been seen that, localized apps are dominating in the market. In general, app owners only focus on the English language. They have to consider that, not everyone speaks English. The developers sometimes find it a stressful task, but it is not stressful actually. Smart work always makes the complicated things easy. The steps that developers must take for Mobile app localization are mentioned here. 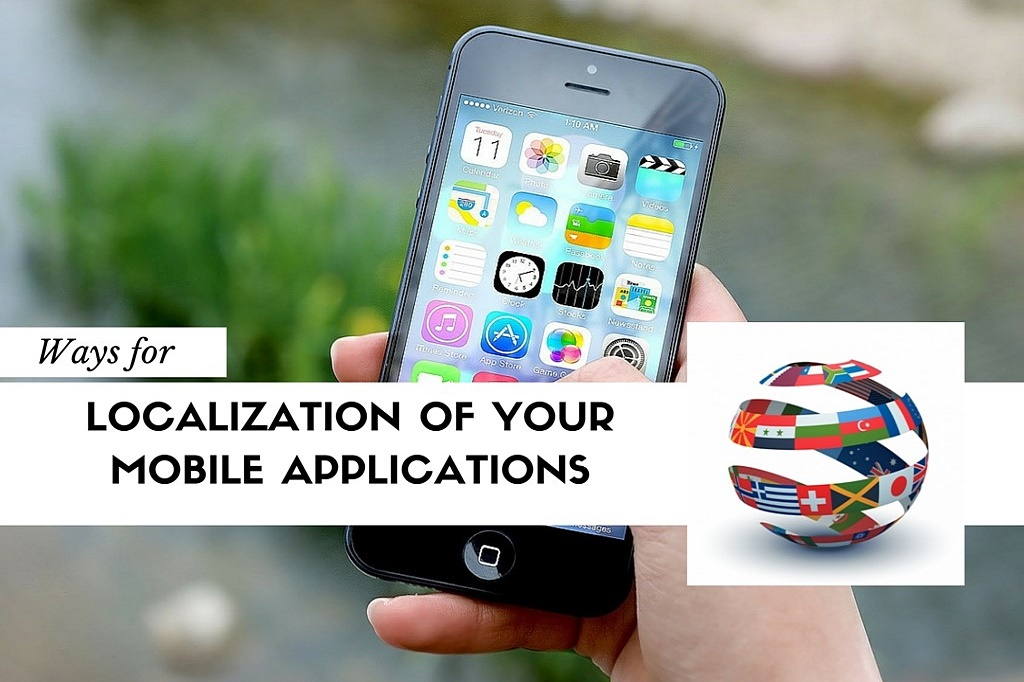 1. Take a decision for the app supportive countries

The developers have option to launch the apps in specific countries. So, their decision must be final that for which countries they want to make their apps available. Some app owners just wanted to release their app for particular countries like, English speaking countries & not worldwide.

In general, the apps launched targeting worldwide users make the app functions available in different languages. But, when it comes to App store description, it leaves a very first impression when someone reaches to the link of that particular app. Developers must have to translate the app store description before releasing the app. This step is important as users first reach here & understand the approach, uses & benefits of using app through the description.

There will be a good effect, if each line of text is explained with the unique identifier. Organizing each line in a spreadsheet leaves a good impact before translation. Isolation makes the easy reference. Isolation grabs the user attention easily, hence particularly for the localization, developers must go for it.

4. Translation of each sentence into targeted language

When the app publisher decides to localize the mobile app, a very first decision he has to make is that it will support to which countries. There is a thumb rule of ‘EFIGS’, which an ordinary developer follows while localizing the app. The ‘EFIGS’ represents languages such as English, French, Italian, German & Spanish. The translation must be in a proper language. Freelancer translators can help to deliver properly translated material. When you are thinking to use free translating tools such as Google Translator, they may have grammatical errors. So each time, utilization of Google translation is not strongly recommended. In the case to offer in-app support Google Translate is a good option.

After translating the text in other languages, Mobile app developers may have to make some design changes. The same sentence written in the other language may have more words. This may lead some changes in designing. So, developer may find imperfection after translation. Otherwise, it may happen that you find a screen space small to fit a text with increased words.

Keep in mind that, each language has its own rules & culture to follow. So, when you are localizing an app targeting the specific country, stuck to the culture & language rules strictly. If you do not follow the same, then it intensively leaves a negative impact on the users’ minds. It is compulsory to follow the orders of languages. For ex. If you are targeting U.S region, then a right way to write 1st March is ’03/01′. And if your target country is France, then it must be March. 3. Other point to be noted here is, some languages are read right to left. Hence, the languages such as Arabic must be right aligned.

Experts of App Store Optimization have pointed out many benefits of localization & internationalization. This is a basic marketing strategy that breaks the limits of usage. When you don’t localize an app, you directly loss a good number of potential users who actually prefer a specific language. Mobile App Localization & internationalization are the relatively simple processes when a developer do it smartly.

Source : http://bit.ly/1RSKXjw
This blog is listed under E-Commerce Community
Share this Post:
0
Was the blog helpful?
Related Posts:

The Most Important Metrics That Matter for Yo...