Now a day’s multifarious apps are developed every day by the software developers and are used repeatedly and deleted as well. A developer has to take care of various aspects like its designing and the programming language which is involved with it. A developer has to make sure that the app is aesthetically designed, there is the ease with the writing of the code and the level of functionality involved regardless of the fact that whether interactive games are being built or productivity tools are being developed.
In fact, the performance of the app largely depends on upon the kind of programming language used. It is very imperative to develop good programming language by the developer in order to run a good mobile app.
The main question which arises over here is that which language should be chosen, which can promise quality. But this thing largely depends on the developer, how well and how effectively he is making the app look as well as performs. Below listed are some of the popular and outgoing programming languages which are being used by the app developers. 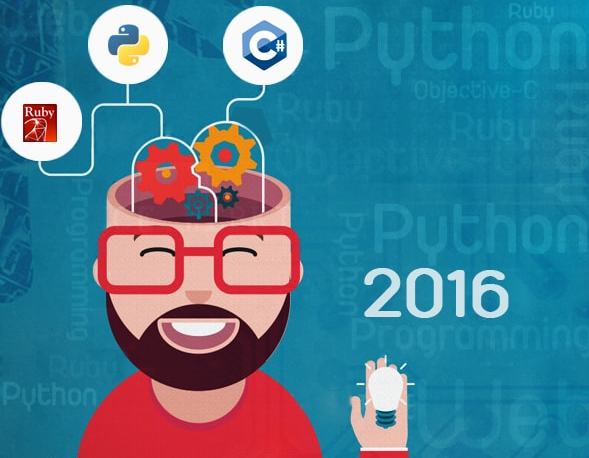 Here are 6 programming language you must try your hand on:
CORONA: This language allows the mobile app developers to develop the apps for I-phone, i-pad, and other android devices. Corona has an emulator which can instantly run the programmes without the need for compilation of code. Moreover, this language is free to use except in certain situations.
HTML 5: HTML-5 is a great option if you want to build the web fronted app. This can make the data types quite easy to insert and can easily justify the different parameters of input. HTML-5 is a great choice for the primary language.
JAVA: Java language has been developed by the sun Microsystems and has become the programming language of android. The code which is developed using such a language can run in multiple environments and also on different types of platforms as well as browsers. This increases the growth of the development of the app because the code can be easily created and reused. It is typically a class based language which can be written once and run multiple times anywhere.
OBJECTIVE-C: It is an official programming language for all the apps and it was basically invented by apple on the desktop as well as operating systems. It is an object-oriented programming language. It requires adequate planning to be done and at the same time, it creates classes for objects which specify attributes as well as functions. For an I-phone or i-pad developer, objective-c has been the best tool so far.
PYTHON: Python is an android mobile application language which is based on semantics and advanced structure of data for the development as well as testing of the apps. The code developed under python can be easily reused for other apps.
SWIFT: The swift language was introduced by apple, which is more improved as well as an improvised version of objective-C. Apple created swift with OS X and IOS respectively. For writing the IOS apps, swift can certainly be the starting point. Swift is a lucid language which is its best part. Apart from this, it is a language easy to read and comprehend as it’s an open source project.
This blog is listed under Open Source and Development & Implementations Community
Share this Post:
0
Was the blog helpful?
Related Posts: