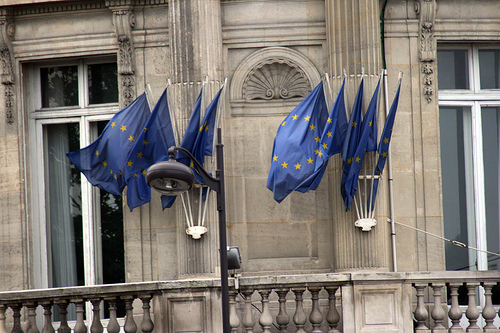 In an age of continuing technological development, net neutrality is hot topic. In the United States, there has been a major push from citizens to prevent proposed legislation such as the Stop Online Piracy Act (SOPA) and the Protect IP Act (PIPA) from taking effect. However, preventing such restrictions on Internet freedom has proven difficult, given the relative power of the industries pushing for SOPA and PIPA.

Another story altogether is taking place in Europe, where both the citizens and the government realize the importance of keeping the Internet a free space where open communication is continually encouraged. The commitment of European countries to net neutrality was proven by a recent push from the European Commission. While limited net neutrality legislation already exists in a few European nations, this latest effort would take place on a far wider scale than the European Union has seen up until now.

Why The Push For Net Neutrality Legislation?

Under a new plan proposed by the European Commission, mobile service providers will not be allowed to put restrictive measures in place to keep customers from accessing the Internet. In this way, the planned legislation is much like the already enacted laws detailed above. However, this new plan would extend such provisions to the entirety of the EU, making net neutrality a clear technological priority in all of Europe.

Experts in the EU believe that net neutrality is needed to ensure not only freedom of communication, but also a vibrant economy in today's competitive world market. With better access provided to a wide range of consumers, more and more European citizens will be able to access the many educational and professional opportunities provided online and through mobile technology. Proponents for net neutrality suggest that such a development would help with economic development, especially in the Southern and Eastern European regions that have suffered the most as a result of the worldwide recession.

Net Neutrality In The United States

While net neutrality moves closer and closer to becoming a reality in Europe, the direction is far less clear across the Atlantic. In the United States, recent efforts towards restricting online freedom have left many Internet users concerned. While there are definite concerns with legislation, such as the Cyber Intelligence Sharing And Protection Act (CISPA), citizens do understand that a careful line must be tread between Internet freedom and Internet safety. After all, the United States faces a number of unique security threats that the European Commission does not face. InternetProviders.com highlights a Distributed Denial of Service (DDoS) on Spamhaus, which, while lending credence to the demand for internet security, doesn't necessarily define true Internet freedom.

At this point, the road to net neutrality in the United States is a bumpy one. Government representatives must craft legislation that takes into account the need for maintaining an online world that is both free and secure. While these two qualities may seem impossible to maintain in the same context, with continued dedication to our nation's principles, we may finally see an Internet that is both open and safe.

European Union image by Quinn Anya
This blog is listed under IT Compliance & Audit Community
Share this Post:
0
Was the blog helpful?
Related Posts:

The Future of Technology in the Modern World

Network Discrimination: Things You Should Kno...