Take me to MyPage
I'm not curious
SKIP>>
We built MyTechLogy for you
Help us to help you.
Share your expectations and experience to improve it.
Please enter your feedback.
Thank you for your feedback!
Click here to continue..
Thank you for your Feedback
Your feedback would help us in sending you the most relevant job opportunities
You are here: Home / IT Blogs / IT Blog View
Whenever drastic change happens through innovation or invention by human being and it is proved as revolution to the world, as it affects the whole population of the world either lives of the major population is influenced by that change, which has always two sides positive and negative. The intention behind such kind of invention is always positive but human being is very critical animal. Evil mind always try to find out negative way from that change and try to disturb the original purpose of that change which occurs for the wellbeing of society. For example internet and technology. 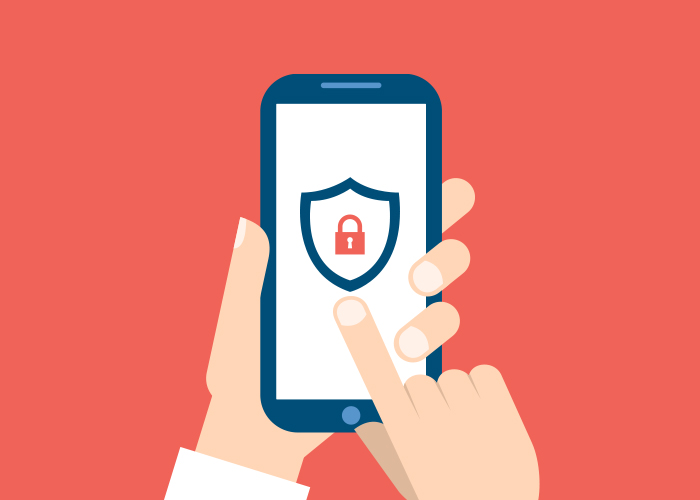 Technology and internet have changed the world drastically, especially mobile technology, everything is available on smart phone’s touch screen from anywhere in the world hence life has become so comfortable but as discussed it has negative side also. It can be harmful if you avoid security concerns of app functionality.

Cybercrime is big issue for netizen today and mobile device has become soft target specifically when you deal with critical and confidential data through mobile app like users’ personal information, financial information, credit card details and information saved in browsing history etc. Same as for business firms when they have to store employees’ data, trade secrets and other undisclosed information which is crucial for business.

Many users are not aware about several apps which allow some features of mobile device to be activated remotely without users’ knowledge. This way security is a major issue in mobile app development even if any app development firm have good developers of android or ios they cannot ignore it because total growth of their mobile application development is on security that’s why it can’t be compromise at any cost.

Mobile apps development firm must ensure that they are following OWASP standard which is crux of mobile app development and helps to build secure app.

Users need to check available public reviews, ratings and feedback on apps before installation in device. While using smartphone browser automatic download and installation of an app can be set off. Where android prevents automated download.

Your awareness gives shield to your confidential information

Mobile devices always give alert to users when they transfer app from untrusted sources. Google based apps which are integrated with google accounts that allows users to erase sensitive information from their android or ios device in case of loss of device.

Thus not only user but also an app development firm will have to be smart enough for smooth and safe usage or development of mobile applications. Because precaution always proves beneficially when it pertains to security!
This blog is listed under Open Source , Development & Implementations , IT Security & Architecture and Mobility Community
Share this Post:
1
Was the blog helpful?
Related Posts: