Take me to MyPage
I'm not curious
SKIP>>
We built MyTechLogy for you
Help us to help you.
Share your expectations and experience to improve it.
Please enter your feedback.
Thank you for your feedback!
Click here to continue..
Thank you for your Feedback
Your feedback would help us in sending you the most relevant job opportunities
You are here: Home / IT Blogs / IT Blog View
If one tried to distinguish the word on the Net which is most relevant to the word Java, it would certainly be something like âthreatâ or âdangerâ or âinsecureâ or something else with the same meaning or implications. The buzz on the Web is really powerful, as some personal opinions spread like a viral disease affecting more and more common users with its symptoms revealed an acute Java phobia as well as inner desires to delete any browser from the desktop and switch off the broadband to get a higher degree of security. 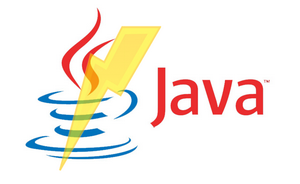 JAVA DEVELOPMENT
Java, Is It a Real Threat? Pros and Cons
Most popular opinions insist that as Java is deeply embedded in all forms of computing most users are completely unaware how fragile they are in the face of cybercriminal attacks. Java is a type of cross-platform software which is one of the hugest advantages for Java development. However, it makes software extremely popular and expands the scale of possible threats.
The popularity of Java in general and its usage in enterprise applications and software in particular might be the main reason why criminals target Java side most of the time. Itâs not the weakest link itself but the link which when broken could provide immense benefits and enormous opportunities.
Oracle and Microsoft Tie the Knot
However, while Java keeps preserving its dubious status in common usersâ eyes Oracle has been pushing forward and concluded a partnership with Microsoft which will add up Oracle platforms and, of course, Java, in Microsoft cloud. Oracleâs top management is striving to make Java âmore first classâ in Azure. The existing Oracle licenses are to be moved into Azure cloud under the agreement conditions. At the same time Microsoft is to deliver a simple and efficient mechanism allowing to obtain licenses on demand.
Oracle was determined to keep to its own cloud strategy, however, it is yet unclear why the choice has been made in favor of Microsoftâs facility. Delivering its platforms to the cloud, Oracle states that it is terribly sure of Java rating as the most popular development platform and is only determined to embrace more and more eager developers.
Urgency of the Security Problem
At the same time Oracle is aware of cyber threats which turned to be crucial for its Java undertaking this year (three zero-day exploits can hardly be called an underestimation of the issue). As it was recently announced in Oracleâs blog post, the company will dig harder in the direction of ensuring security and will release 4 annual security patches instead of three they have now. At the same time if any emergency occurs, hot fixes will be delivered ASAP to manage the issue. New security testing tools will be provided for Java developers to look for vulnerabilities in the codebase, while some changes into its mode of interaction with browsers must optimize security levels for common users. In fact, thatâs not the first Oracle promise to address the burning issue; however, it may lessen the critical urgency of the security problem the company faces nowadays.
Oxagile is a technology enthusiast, professional web application development company with in-depth expertise in such key technologies as Java, PHP, .NET and a dedicated mobile app developer with profound knowledge of iOS, Android, Windows Phone and BlackBerry development tools. We are curious about our niche and happy to share the information with others.
This blog is listed under Development & Implementations Community
Share this Post:
0
Was the blog helpful?
Related Posts: