Bitcoin created a lot of buzz on the Internet. It was ridiculed, it was attacked, and eventually it was accepted and became a part of our lives. However, Bitcoin is not alone. At this moment, there are over 700 AltCoinimplementations, which use similar principles of CryptoCurrency. 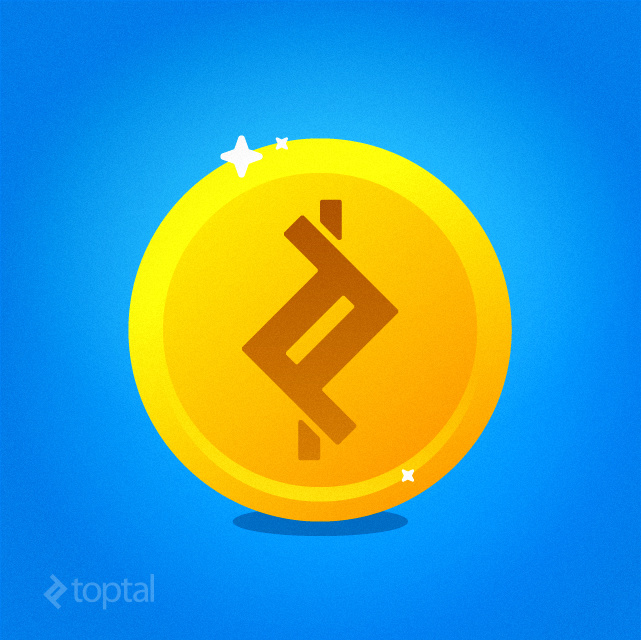 So, what do you need to create something like Bitcoin?

Without trying to understand your personal motivation for creating a decentralized, anonymous system for exchanging money/information (but still hoping that it is in of moral and legal activities), let’s first break down the basic requirements for our new payment system:

Fulfilling the first two requirements from our list, removing a central authority for information exchange over the Internet, is already possible. What you need is (P2P) network. 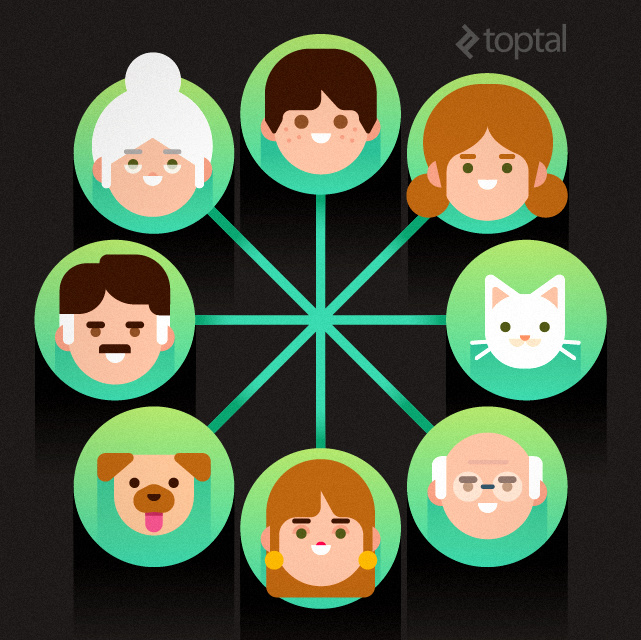 You have probably heard of BitTorrent, one of the most popular P2P file sharing (content delivery) systems. Another popular application for P2P sharing is Skype, as well as other chat systems.

Bottom line is that you can implement or use one of the existing open-source P2P protocols to support your new cryptocurrency, which we’ll call .

To understand digital identities, we need to understand how cryptographic hashing works. Hashing is the process of mapping digital data of any arbitrary size to data of a fixed size. In simpler words, hashing is a process of taking some information that is readable and making something that makes no sense at all.

You can compare hashing to getting answers from politicians. Information you provide to them is clear and understandable, while the output they provide looks like random stream of words. 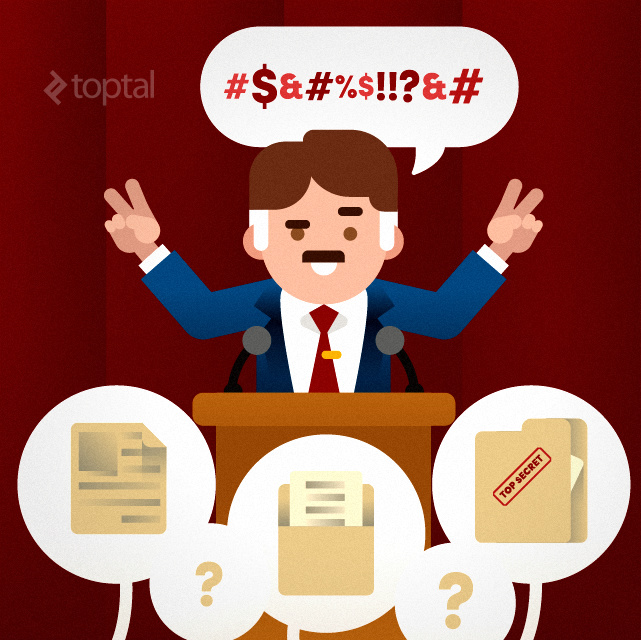 There are a few requirements that a good hashing algorithm needs:

If you take a look at the simple statistics, we will have a limited (but huge) number of possible HASH values, simply because our HASH length is limited. However, our hashing algorithm (let’s name it Politician256) should be reliable enough that it only produces duplicate hash values for different inputs about as frequently as a monkey in a zoo manages to correctly type Hamlet on a typewriter!

If you think Hamlet is just a name or a word, please stop reading now, or read about the Infinite Monkey Theorem.

When signing a paper, all you need to do is append your signature to the text of a document. A digital signature is similar: you just need to append your personal data to the document you are signing.

A combination of the original document and the HASH value produced for the document with your personal data appended is a digitally signed document.

And this is how we get to your virtual identity, which is defined as the data you appended to the document before you created that HASH value.

Next, you need to make sure that your signature cannot be copied, and no one can execute any transaction on your behalf. The best way to make sure that your signature is is to keep it and provide a different method for someone else to validate the signed document. Again, we can fall back on technology and algorithms that are readily available. What we need to use is public-key cryptography also known as asymmetric cryptography.

If you use your private key (your identity) and original document as input values for the signing algorithm to create a HASH value, assuming you kept your key secret, you can be sure that no one else can produce the same HASH value for that document. 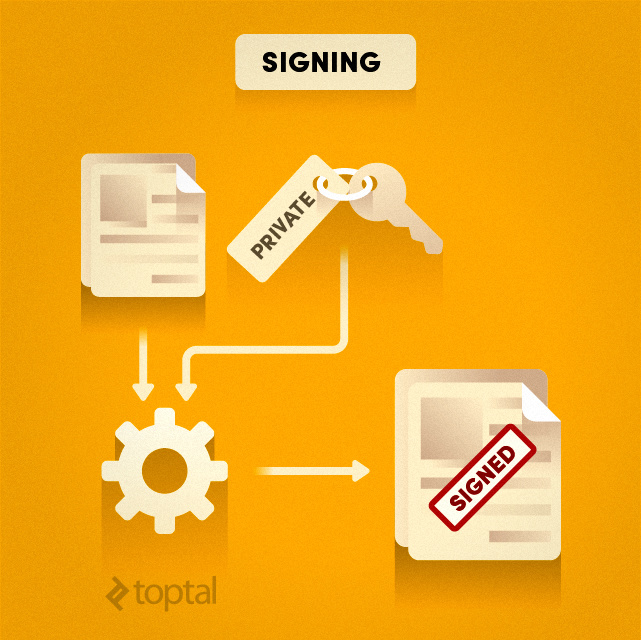 If anyone needs to validate your signature, he or she will use the original document, the HASH value you produced, and your public key as inputs for the algorithm to verify that these values match. 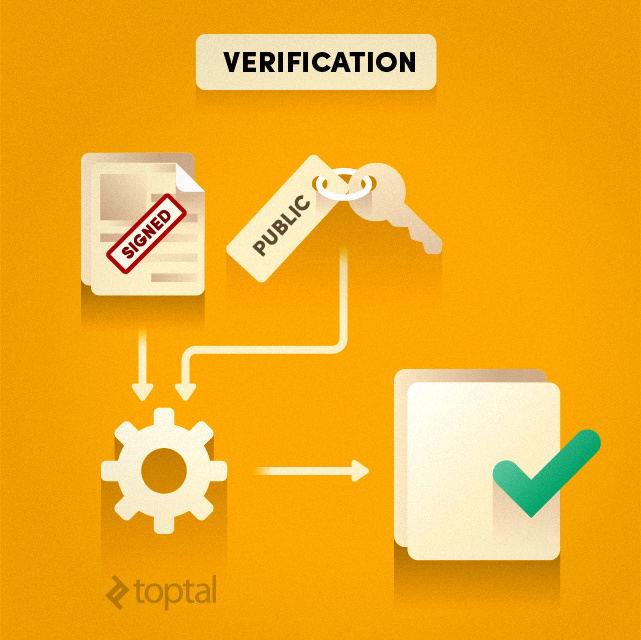 Assuming that you have implemented P2P communication, mechanisms for creating digital identities (private and public keys), and provided ways for users to sign documents using their private keys, you are ready to start sending information to your peers.

Since we do not have a central authority that will validate how much money you have, the system will have to ask you about it every time, and then check if you lied or not. So, your transaction record might contain the following information:

Your job is done. However, your medication will not be paid for until the whole network agrees that you really did have 100 coins, and therefore could execute this transaction. Only after your transaction is validated will your pharmacist get the funds and send you the medication.

Miners are known to be very people who are, in my opinion, heavily underpaid. In the digital world of cryptocurrency, miners play a very similar role, except in this case, they do the computationally-intensive work instead of digging piles of dirt. Unlike real miners, some cryptocurrency miners earned a small fortune over the past five years, but many others lost a fortune on this risky .

Miners are the core component of the system and their main purpose is to confirm the validity of each and every transaction requested by users. 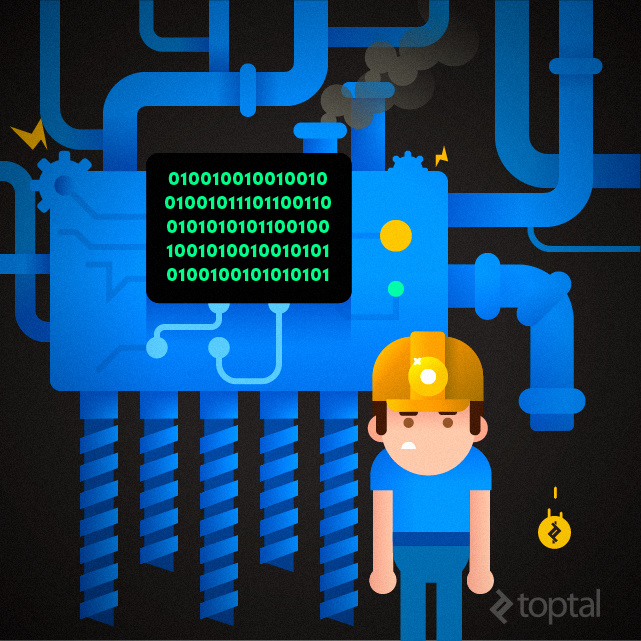 In order to confirm the validity of your transaction (or a combination of several transactions requested by a few other users), miners will do two things.

First, they will rely on the fact that everyone knows everything, meaning that every transaction executed in the system is copied and available to any peer in the network. They will look into the history of your transactions to verify that you actually had 100 to begin with. Once your account balance is confirmed, they will generate a specific HASH value. This hash value must have a specific format; it must start with of zeros.

There are two inputs for calculating this HASH value:

Considering that even the smallest change in input data must produce a significant difference in output HASH value, miners have a very difficult task. They need to find a specific value for a proof-of-work variable that will produce a HASH beginning with zeros. If your system requires a minimum of 40 zeros in each validated transaction, the miner will need to calculate approximately 2^40 different HASH values in order to find the right proof-of-work.

Once a miner finds the proper value for proof-of-work, he or she is entitled to a transaction fee (the single coin you were willing to pay), which can be added as part of the validated transaction. Every validated transaction is transmitted to peers in the network and stored in a specific database format known as the Blockchain.

But what happens if the number of miners goes up, and their hardware becomes much more efficient? Bitcoin used to be mined on CPUs, then GPUs and FPGAs, but ultimately miners started designing their own ASIC chips, which were vastly more powerful than these early solutions. As the hash rate goes up, so does the mining difficulty, thus ensuring equilibrium. When more hashing power is introduced into the network, the difficulty goes up and vice versa; if many miners decide to pull the plug because their operation is no longer profitable, is readjusted to match the new hash rate.

The blockchain contains the history of all transactions performed in the system. Every validated transaction, or batch of transactions, becomes another ring in the chain. 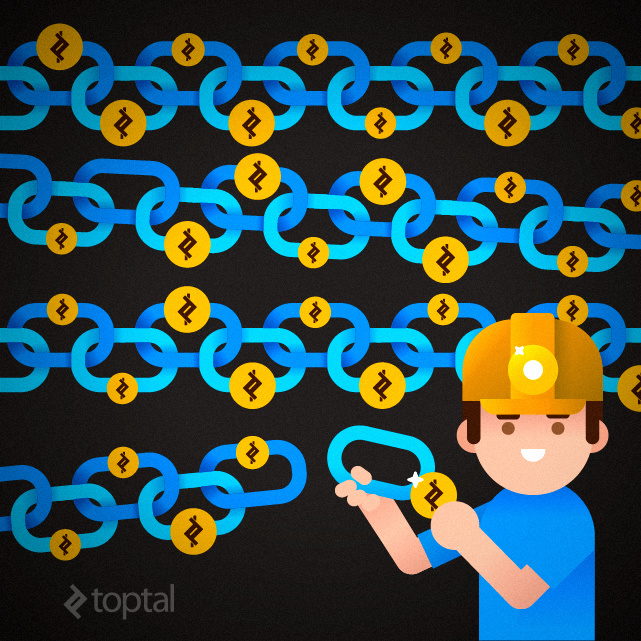 So, the Bitcoin blockchain is, essentially, a public ledger where transactions are listed in a chronological order.

To read more about how the blockchain works, I suggest reading Blockchain Technology Explained: Powering Bitcoin, by Nermin Hajdarbegovic.

There is no limit to how many miners may be active in your system. This means that it is possible for two or more miners to validate the same transaction. If this happens, the system will check the total effort each miner invested in validating the transaction by simply counting zeros. The miner that invested more effort (found more leading zeros) will prevail and his or her block will be accepted.

The first rule of the Bitcoin system is that there can be a maximum of 21,000,000 Bitcoins generated. This number has still not been achieved, and according to current trends, it is thought that this number will be reached by the year 2140.

This may cause you to question the usefulness of such a because 21 million units sound like much. However, Bitcoin system supports fractional values down to the eight decimal (0.00000001). This smallest unit of a bitcoin is called a Satoshi, in honor of Satoshi Nakamoto, the anonymous developer behind the Bitcoin protocol.

New coins are created as a reward to miners for validating transactions. This reward is not the transaction you specified when you created a transaction record, but it is defined by the system. The reward amount decreases over time and eventually will be set to zero once the total number of coins issued (21m) has been reached. When this happens, transaction fees will play a much more important role since miners might choose to prioritize more valuable transactions for validation.

Apart from setting the upper limit in of coins, the Bitcoin system also uses an interesting way to limit daily production of new coins. By calibrating the minimum number of leading zeros required for a proof-of-work calculation, the time required to validate the transaction, and get a reward of new coins, is always set to approximately 10 minutes. If the time between adding new blocks to the blockchain decreases, the system might require that proof-of-work generates 45 or 50 leading zeros.

So, by limiting how fast and how many new coins can be generated, the Bitcoin system is effectively controlling the money supply.

Start Printing Your Own Currency

As you can see, making your own version of Bitcoin is not that difficult. By utilizing existing technology, implemented in an innovative way, you have everything you need for a cryptocurrency.

One last thing worth mentioning is that, in its essence, cryptocurrency is a way to transfer anonymous value/information from one user to another in a distributed peer-to-peer network.

Consider replacing coins in your transaction record with random data that might even be encrypted using asynchronous cryptography so only the sender and receiver can decipher it. Now think about applying that to something like the Internet Of Things!

A cryptocurrency system might be an interesting way to enable communication between our stove and toaster.

A number of tech heavyweights are already exploring the use of blockchain technology in IoT platforms, but that’s not the only potential application of this relatively new technology.

If you see no reason to create an alternative currency of your own (other than a practical joke), you could try to use the same or similar approach for something else, such as distributed authentication, creation of virtual currencies used in games, social networks, and other applications, or you could proceed to create a new loyalty program for your e-commerce business, which would reward regular customers with virtual tokens that could be redeemed later on.
This article was originally posted on Toptal
This blog is listed under Open Source , Development & Implementations , Data & Information Management and IT Security & Architecture Community
Share this Post:
0
Was the blog helpful?
Related Posts:

The Power of the Digital? Understanding the F...

SAP Ariba's chief data scientist on how ML an...