Take me to MyPage
I'm not curious
SKIP>>
We built MyTechLogy for you
Help us to help you.
Share your expectations and experience to improve it.
Please enter your feedback.
Thank you for your feedback!
Click here to continue..
Thank you for your Feedback
Your feedback would help us in sending you the most relevant job opportunities
You are here: Home / IT Blogs / IT Blog View
Estimated Read Time: 03 minutes
Microsoft has announced that ASP.NET core 1.1 is available on nuget.org as a stable release. This latest version includes heaps of great new features as well as many bug fixes and enhancements. Let us explore the new features of ASP.NET Core 1.1 that were designed in order to help ASP.NET development experts: 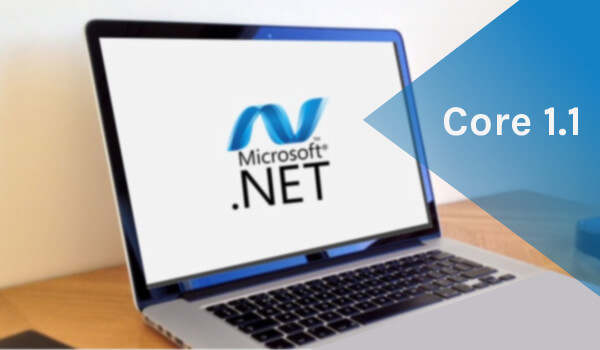 Please check out the release notes for additional details on the changes included in ASP.NET Core 1.1.

URL rewriting functionality is added to ASP.NET Core through a middleware component that can be configured using IIS standard XML formatted rules, Apache Mod_Rewrite syntax, or some simple C# methods coded into your application

WebListener – a server that runs directly on top of the Windows Http Server API can be beneficial for Dotnet Development Experts if they are interested to bundle an ASP.NET core microservice in a Windows container that takes advantage of these Windows features.

ASP.NET development experts can now invoke View Component from your views using Tag Helper syntax and get all the benefits of IntelliSense and Tag Helper tooling in Visual Studio.

Middleware components can now be applied as global attributes. Moreover, you can now apply middleware as an MVC resource filter using the new Middleware Filter Attribute.

Temp data can now be stored in a cookie similar to MVC pre-Core.

This feature is highly recommended by Microsoft which is to be used while deploying an app to Azure App Service. Earlier it was very difficult to capture log files without a hosted service or third party provider.

To catch on this new release and find additional details about it go through the official site of Microsoft Developers’ Network. If you have an app development ideas then get in touch with ASP.Net Development Agency for professional and cost-effective solution.

Look for more expert information on Outsource ASP.NET Ontwikkeling, ASP.NET Specialist and Website Ontwikkeling Specialist from the renowned author.
This blog is listed under Development & Implementations Community
Share this Post:
1
Was the blog helpful?
Related Posts:

PHP Vs ASP.NET: Which one to choose