Take me to MyPage
I'm not curious
SKIP>>
We built MyTechLogy for you
Help us to help you.
Share your expectations and experience to improve it.
Please enter your feedback.
Thank you for your feedback!
Click here to continue..
Thank you for your Feedback
Your feedback would help us in sending you the most relevant job opportunities
You are here: Home / IT Blogs / IT Blog View
Future of Work to be Moulded by the Robots 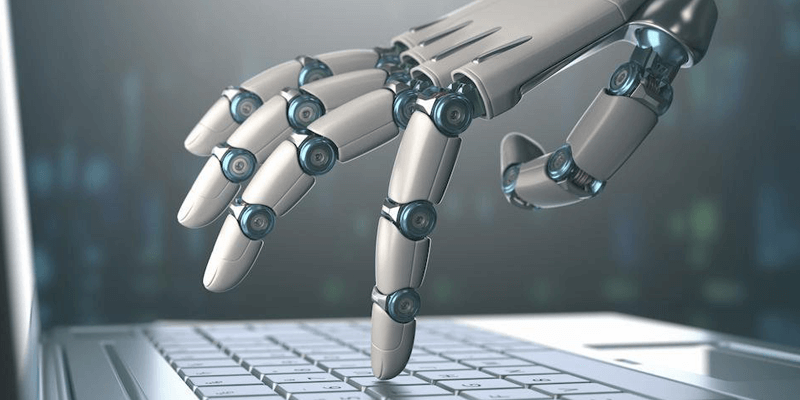 One of the recent report from Forrester, states that the robots will take up 6% of jobs in US by 2021. Oxford University has come out with a figure of 47% of our jobs being placed at a higher risk in 2035. Imagine a world when the current generation of infants will reach adulthood, just to find out one fine morning, half of the jobs, all over the world are automated.
Let us find what all are the driving forces behind the development of Robots. In order to find this out, we need to be clear on one or two things. We must understand the convenience served by the Robots and that we must not fear them, so long as they are doing some tedious work.
Ideally, we human beings are the mother of all robots. But, the advanced research on Artificial Intelligence (AI), which forms the core of Robotics, must make our lives meaningful. We all would love to live in a world where we work and make our lives creative, meaningful and with higher chances of being impactful. So long as these intelligent Robots are used to replace the jobs like that of cooks, manufacturers, drivers and retailers it is absolutely fine. We must have a future that is ethical and fair for all.
The automation of jobs will obviously have the effect on increased
computational power, Other than this, two other major areas of development that act as driving forces behind automation are Robotic Process Automation (RPA) and Artificial Intelligence (AI). They vastly differ from each other.
Difference Between RPA and AI
Automation when thought out in the purest form is RPA. There is a preprogrammed action that is triggered off by a bot, when the right word is mentioned, even the synonym or the misspelling. So, the work done earlier is made faster with this.
AI is much more adaptive and is an altogether different. RPA will do the same work again and again. But, AI has a self-learning capability, so it changes what is done and this evolves, as it progresses with its learning experience.
Impact of RPA or AI on our Jobs
We find the more repetitive jobs based on RPA, but Artificial Intelligence on the other hand will do those tasks which even the humans are unable to do easily, like that of finding patterns in data, which the humans fail to do. So, your AI physician may not be knowing you personally, but has access to worldwide knowledge on genetics and medication. A better judgement follows without any form of human bias. The jobs are affected in a different way, but not to disappear.
Future With Robots
Humans are always fearful of changes and we must not resist but accept the very fact, that in the near future the robots are about to do, a vast majority of our work. It will touch every aspect of human endeavour. We aim to use AI that makes the digital world with lesser vacuum and make our relations with fellow human being more meaningful.
Owners of Future of Work
Automation will prevent people from suffering, lift countries out of poverty and increase global productivity, for that matter. The future of work will belong to those who will build the best robots. Robots will be our children as well as slaves, till they learn to become something altogether different. The next few years will see the emergence of Robots as something adorable, useful and has the ability to learn, as Artificial Intelligence, Big Data, 3 D printing and IoT strives to reach the next level of innovation. They will be understanding human conditions in a novel way. We will see the rise of jobs that are more suitable to the human beings, as the old ones are displaced.
We must drive forward so as to benefit the greatest number of people on the planet. A whole economy will be created which will ennoble human experience, creating new jobs.
Appinventiv is a pioneering venture for mobile app development. It believes in creating user-centric apps across a vast majority of verticals and using some of the latest technologies of the likes of Beacons, Wearables, Internet of Things, AR or VR.
The Article is Originally Published here
This blog is listed under Development & Implementations , Enterprise Applications , Industry Specific Applications and Data & Information Management Community
Share this Post:
2
Was the blog helpful?
Related Posts: