This budget phone is in the news since a couple of months with several leaks about its launch dates, pricing, and images. But as we all on online media always get the news first. Tech website speculates that this phone will be available in different colors such as yellow, white, blue. Green, pink and black. This body of the phone is made from the cheaper plastic using glossy polycarbonate and is expected to be launched this month. The phones are expected to come in 16.32 and 64 GB variants and is priced at 349, 449, 549 dollars respectively. Not much is known about this cheap iPhone rumor say that it will have a camera, 4tnch screen, LED flash and speaker on the bottom.

This device is already available in the market since July and has a new operating system that is android 4.3. This is the next generation Google Nexus 7 which has seven inches LED s touch screen with 1920x1080 resolution full HD display. It has the 6000 processor with two GB RAM. On the back there is a five MP camera and the front camera is of 1.2MP resolution. Nexus 25 is powered by 4,000mAh battery. It has several connectivity options such as Bluetooth, WI-fi and NFC. It has two variants and gaining a lot of attention in the market. 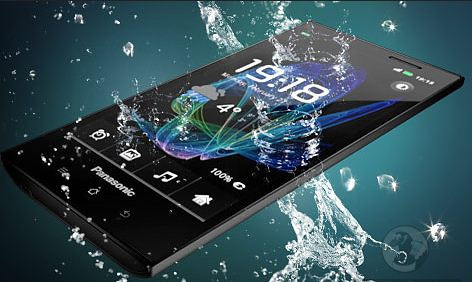 This gadget is the most eagerly awaited Smartphone of the year, and you can see it on the internet where several photos of the phone have been leaked. The device has a 5.7inch screen or 5.99 inch screen which is being expected, rumors also have news that it has unbreakable display. It will be having four different variants and is expected to be launched this month. It has features like quad core 2.3 GHz snapdragon 800 chipset, 13Mp camera, android operating system etc.

Nokia Lumia was the heist selling phone in the whole world as it was the cheapest in the Lumia series. Now the manufacturers are working on the other version. Tech website has reported that Nokia is working on the new device Lumia 625 which will be the cheapest phone till now. Apart from being the cheapest in the company history it is also being said that it will have the biggest screen of 4.7 inch screen. According to the rumors it has features such as 512 Ram, 800x480P, 1.2 GHz dual core CPU and 5MP rear camera. It will be first launched in China soon.

Blackberry is putting most of the effort in its upcoming flagship Smartphone. The phone has five inch screen with 1280x720 p resolution and 294 ppi pixel densities. The phone is powered by 1.7GHz dual core processor, two GB RAM and will run on blackberry 10.2 OS. The connectivity options include WI-Fi, 4G, micro USB, etc. on the back of the phone there is the 8MP camera with LED flash and front is of 2MP unit.

This is Jay, a proud member of Designmodo: Web Design Blog, you can visit his site to get free templates.
This blog is listed under Gadgets and Mobility Community
Share this Post:
0
Was the blog helpful?
Related Posts:

Why Building Amazon Alexa Skills Will Be The ...