Take me to MyPage
I'm not curious
SKIP>>
We built MyTechLogy for you
Help us to help you.
Share your expectations and experience to improve it.
Please enter your feedback.
Thank you for your feedback!
Click here to continue..
Thank you for your Feedback
Your feedback would help us in sending you the most relevant job opportunities
You are here: Home / IT Blogs / IT Blog View
Users of each brand will undoubtedly argue that the one they have chosen is the best, but have they considered all of the positive and negative attributes of each? We have in this comprehensive comparison. 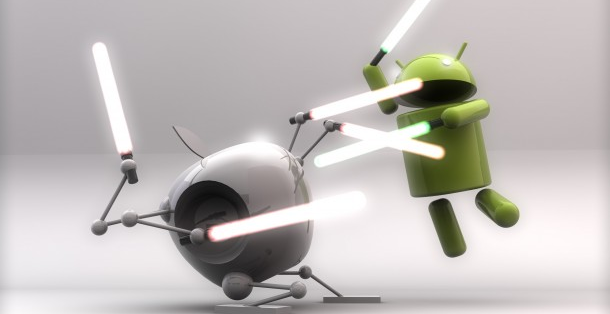 As one of the oldest phone manufacturers to serve the global market, Samsung must obviously be doing something right. They make everything from smartphones to older phones with traditional keyboards. This company has flooded the market with their products by providing high quality.

The Android OS was originally supported and used by Samsung. This system has millions of apps, and it also permits the use of advanced computing technology and software. Samsung uses a trusted manufacturer to produce all of their products. These producers help Samsung to create their sleek devices. The phones themselves have a durable and compact design that a user can enjoy for years, even longer if the device is maintained properly. The operations on the phone are the latest and greatest in the technological world at high speeds.

There are aspects of Samsung devices that users might find hard to swallow, the first being the high prices. Samsung has developed one of the most expensive phones in the industry. The low battery life is also something users need to adjust to when there are many applications in use. These phones are also prone to frequent release cycles. As soon as users buy the latest version of the phone, there will be a newer model right behind it.
Apple: The Good And The Bad

As far as phone production is concerned, Apple is clearly the leader, but how do the phones and devices really stack up? There are long lines whenever they release a new phone or device, but are the products wait worth it?

IOS is the chosen Apple operating system, but it is just as capable as the one used by Samsung. Apple also uses the latest technology for their products. The system is fast and easy to use, offering access to apps like iTunes, Apple Store and Apple Play. These Apple apps are a huge triumph for the brand and the system. The sophisticated design of the phone and the durability are both things that make Apple phones extremely palatable for users. What Apple really has that Samsung cannot touch, is the reputation.

The limitations of the IOS systems mean that users can only download things from the Apple Store or there are severe limitations on outside downloads. The phones themselves are also very costly. Their phones are some of the priciest on the market. Apple phones also have released cycles that make it hard for the users to keep up with the latest phones.
The Winner?

So if both Apple and Samsung have the latest technology, excellent designs and are equally pricey, then which is best?

This question can only be truly answered by the users. The two most major phone companies are pitted against each other and seem to be chosen based on the personal preferences of each user. So the question isn’t which phone brand is best but which one is best for the user.

Welcome to my blog where I will be happy to share my thoughts and researches. You may also find my other publications at this site www.Essaywanted.com where I’m engaged in a new educational project.

This blog is listed under Gadgets , Digital Media & Games , Peripherals , Hardware and Mobility Community
Share this Post:
0
Was the blog helpful?
Related Posts: