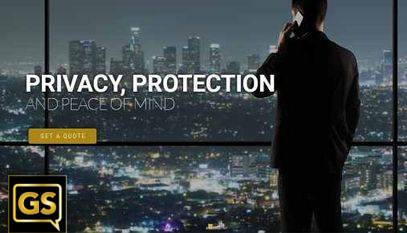 Are hackers the only people after the data on your smartphone? Of course, they are not the only ones. You have the investigative agencies or some Governmental organizations that can have interest in your private data. In today’s scenario, they can access this information quite easily. However, you have a right to decide whether to share such information or not. You need not fight them the conventional way. You can make things impossible for them by installing ECC security app on your smartphone.

The ECC 521 works on a special technology known as Elliptical Curve Cryptography. Usually the military and the armed forces use this technology to share information. It can sound very far-fetched for the smartphones to use this technology. However, this is the best way to throw the hackers off guard. The hackers are a smart lot. They have mastered the art of infiltrating into the PGP security system thereby rendering this system less effective.

Both these systems work on the basis of message encryption. The method adopted by them differs a lot.

The PGP system encrypts the message body but leaves the header intact. It also does nothing to the user names and email information. It does not touch the details of the sender or the recipient. Hence, one can always make out who the senders and recipients are. With a little bit of guesswork, one can also decipher the contents of the message and decide whether it is worthwhile to proceed further. This gives a lot of scope to the hacker by keeping him interested for a long time. The ECC 521 system shuts all the doors on him by encrypting every part of the message including those left out by the PGP system. Hence, the hacker seems to be at a loss of ideas. This can give you a moral victory.

The hacker has the option of trying a forceful entry. He may resort to violent methods to wean out the information. He has the option of threatening or coercing you to part with the passwords. You can steal a march over him by divulging the duress password. This is a beautiful concept by which you can erase the entire data on the app by simply entering a pre-decided duress password. This can frustrate the hacker no end.

You may still lose the phone and the phone can land into the wrong hands. Do you have to worry? The ECC security ensures that you can sleep peacefully. No hacker will be able to enter the system because you have set the access codes yourself without any help from the third party service providers. This facility was not available in the PGP security system.

In addition, you can frustrate him further by wiping out the data on the phone in front of his eyes from a remote location. This unique concept is available only on the GS ECC system alone.

This makes the system developed by Global Secured as the most secure systems in the market.
This blog is listed under IT Security & Architecture Community
Share this Post:
0
Was the blog helpful?
Related Posts:

How BlockChain can reshape the Future of e-co...