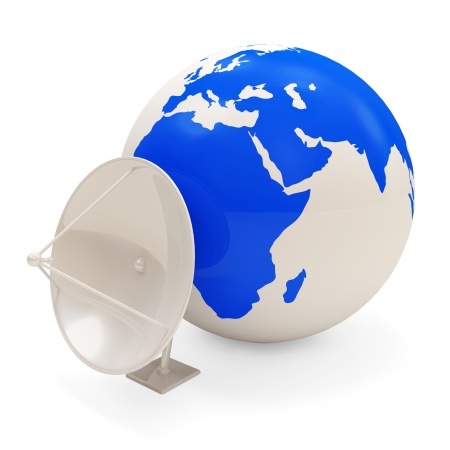 The world is slowly converging on the web and the once big world with unchartered waters and unknown regions is fast becoming one big village. The internet is making this happen and doing business with the world from your home or office in North America, Africa, Asia and other parts of the world without leaving your PC is possible today. This has driven the demand for internet connection up as many people find it is a necessary cost that must be incurred.

While many regions of the world are torn between good and great speeds of data connection to choose from, most of Africa is still grappling with low internet connection, in most cases wholly unreliable. This has made it very expensive but the demand has continued to go up and better fast connection is the dream of any internet consumer across the African continent. It is also clearly understood that Africa has a poor telecommunications infrastructure and is unable to provide consistent and reliable high internet speeds, which are very crucial in most sectors. Expensive rates and limited access is a break or make in so many levels in Africa just to access amicable internet connection.

However, the increasing lure and allure of satellite internet and the majesty of its platform and accessibility is proving to be the kind of solution that could satisfy the connectivity needs of Africa. Since it uses satellites to relay signals to a dish or receiver in many homes, internet satellite does not require telephone lines or cable networks for it to work. In other parts of the world, rural folks have benefited from satellite web more than those in cities, indicating it could just be what is needed to open up most of Africa for business.

It is very clear faster and reliable internet connection to Africa is hinged on the popularity and widening coverage of satellite internet. It is a reliable, fast, secure and strong internet connection at any given time of its usage with minor or zero interference and service disturbance, provided inexpensively.

Providers of satellite internet in Africa have realized the continent is open for business and economic trajectories indicate the continent is one of the highest in economic growth since it has almost not been perturbed by the economic woes of Europe and North America. With resources in Africa chiefly untapped, it is clear the world will be relying on Africa in many years to come and internet connection and coverage is at the heart of this growth and utilization of resources.

Most of the high speed and cost effective satellite internet via broadband in Africa is providing instant connection to the internet to the most remote areas of the continent. What is required is just a satellite modem and petite satellite dish. So many industries are growing at a huge rate in Africa and satellite connection is proving to be very important, especially in industries such as Resorts and National Parks, universities and rural schools, Agriculture, NGOs, Mining and even Oil and Gas industries among others. It is the reason most satellite internet providers across the world are zeroing in Africa and the continent internet needs are embracing them to the delight of consumers on the ground and providers alike.
This blog is listed under Networks & IT Infrastructure and Mobility Community
Share this Post:
2
Was the blog helpful?
Related Posts:

Data Protection Tips: How To Keep Your Financ...

Facts About DDoS That Aren't True

How To Keep Your Computer And Tablets From Cr...

A Primer on VPNs and How They Work