Take me to MyPage
I'm not curious
SKIP>>
We built MyTechLogy for you
Help us to help you.
Share your expectations and experience to improve it.
Please enter your feedback.
Thank you for your feedback!
Click here to continue..
Thank you for your Feedback
Your feedback would help us in sending you the most relevant job opportunities
You are here: Home / IT Blogs / IT Blog View
In debates over the merits of native and cross-platform app development – native apps gain an edge with their performance. Businesses who prioritize ‘native experience’ over factors like cost, convenience and time-to-market tend to lean towards native development on popular OS platforms like iOS or Android. However, the divide has somewhat bridged since the arrival of frameworks like Xamarin. Not only does it offer the apparent benefits of cross-platform app development, but it also gives as close a native experience as possible.

Let’s take a more in-depth look at the advantages that Xamarin brings to the table from the critical eye of a native-loyalist: 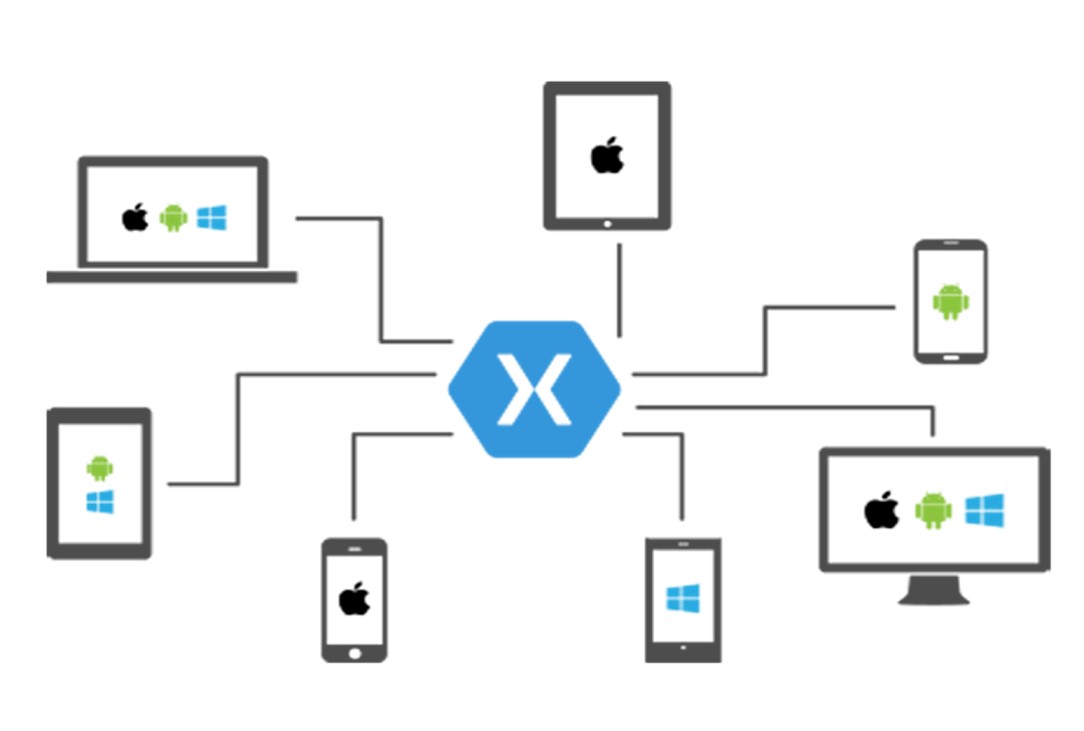 Why Xamarin?
Each mobile device platform has an associated coding language or two and its own Integrated Development Environment (IDE). To build an app that behaves, looks and performs like it was designed specifically for iOS, for example, you would use Objective-C/Swift and tools in Xcode IDE. The developer would need to master all three sets of language/IDE or a business might need to employ more resources to ship apps individually for iOS, Android, and Windows.

This is where the beauty of Xamarin comes in. It helps developers to develop native apps for Android, iOS and Windows devices with a single language, C#, and a separate IDE (Visual Studio or Xamarin Studio). No matter which IDEs you opt for, you have the choice of all Software Developer Kits (SDKs) associated with every platform. So, instead of having to spend time on mastering each language, you can directly develop native apps for multiple devices using just C. It compiles all your code to make it perform and work on other devices platforms.

Xamarin.iOS uses Ahead of Time (AOT) compilation to create an ARM binary that works with Apple’s App Store whereas Xamarin.Android uses Just in Time (JIT) compilation. Moreover, it ships same-day support for OS updates, so a Xamarin mobile app development company is ready to perform new collections as soon as an update is released.

Shared Code Base
However, it is not just the tools that Xamarin gives you to make the experience as close to native as possible. you to reuse a very high percentage of the business logic you create for one device type to apps for other device types. There are two ways of doing this either by using Portable Class Libraries or Shared Projects.
Portable Class Libraries enable developers to write code and build libraries that are used across multiple platforms including Xamarin.iOS, Xamarin.Android and Windows Phone.

Shared Projects allows you to write code and share it among multiple . Therefore, building an app using this technology you will be able to retain on an average 70 percent of your business logic from one platform to the other, saving you from duplicating your efforts.


Xamarin.Forms
With Xamarin.Forms you can further reuse more of the code between apps. Forms are built using XAML – that is commonly used by most .NET developers. It works by rendering native controls for each interface such that it looks like it belongs to the platform. They can allow you to reuse nearly 90% of the code. However, they are more suited for projects that require less of platform-specific functionality and code sharing takes precedence over custom UI.

To recap, with Xamarin you get a fully native experience, faster development of apps, quicker app updates and device API access so that your app can access native capabilities. This is how it differentiates from other cross-platform frameworks and is fast becoming the platform of choice for mobile app development. Have you used Xamarin to develop your app? We would like to hear your feedback in the comments section below.
This blog is listed under Development & Implementations Community
Share this Post:
0
Was the blog helpful?
Related Posts:

Why Choose Xamarin For Your Next App Developm...

All You Need to Know About Xamarin Developmen...