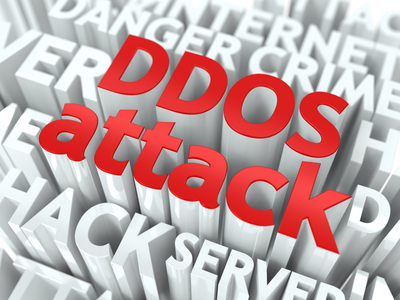 A distributed denial of service (DDoS) attack is a security issue that should be taken seriously as it could negatively impact services, operations and machine-to-machine communications on an individual or organization network system infrastructure. As the Arbor Networksâ quarterly Global DDoS Attack Trends Data report shows, such attacks are becoming more and more frequent.

This dangerous threat should not be taken lightly as it can cause immediate economic damage for a business if an attack were to disrupt operations or disallow control of system functions. These days, malicious hackers and hacktivists continually search for loopholes in systems to exploit any weaknesses and breaches in computer security. To do just that, they use a multitude of compromised systems to attack a system with a zombie or bot; such agents are able to seize control of a computer or mobile device. These zombie botnets can also aim for a vulnerable site, host or database to make it unavailable.

Also, a malicious hacker could use a virus or spyware application to cause a DDoS attack. As part of the attack, the cracker or hacker is able to remotely send information to the victimâs computer, deny services for legitimate users, degrade the system's performance with multiple unsolicited responses or send an overwhelming number of ping packets that could exhaust the victim's resources (such as network bandwidth and computing power) and lead to a server overload. While doing these malicious acts, the hacker might become capable of exploiting certain network configurations or shutting the system down completely.

Many times, computer users are unaware that their computers have been compromised and that they are under attack until degradation-of-service occurs or networks and websites become unavailable. Without proper security defense systems in place, it may be impossible to stop or mitigate an attack before multiple-server machines begin to slow down or come to a halt as a result of been flooded with useless IP traffic, packets or requests.

With advance planning, network system administrators can protect their hardware and software from the risk of a security breach from such threats. End users will also be ready to handle and respond to an attack perhaps early enough to ensure the continuation of business operations.

In this day and age, business-related attacks have become a top concern and a priority to overcome amongst business owners and IT managers. These days, it is important to know of ways to fight-off these security threats, once and for all.

The seven ways to prevent, if not mitigate, DDoS, include:

2. Make use of software-based or hardware-based DDoS protection.

3. Install on-premise security products, such as Radware's DefensePro, that focuses on securing the network perimeter from threats.

5. Identify and fix any loopholes in the computer infrastructure to avoid being at risk for a network bottleneck as an attacker can, usually, spot a weak link.

6. Exploit easy-to-use DDoS tools. Install one or more of the following: An intrusion detection system (IDS), an intrusion prevention system (IPS), a firewall filter, SSL inspection, and/or ACL specification to indicate which users or system processes are granted access to by legitimate users.

7. Use a cloud-based DDoS protection service (see www.dosarrest.com). One may decide to outsource day-to-day security management tasks to a third-party mitigation service provider.

These are some, but not all, apt DDoS mitigation techniques to deny the attacker from disabling or corrupting networks, systems, or services. One or more of the methods are required to ensure adequate protection.
This blog is listed under IT Security & Architecture Community
Share this Post:
1
Was the blog helpful?
Related Posts:

Why Security Skills Should Be Taught, Not Hir...