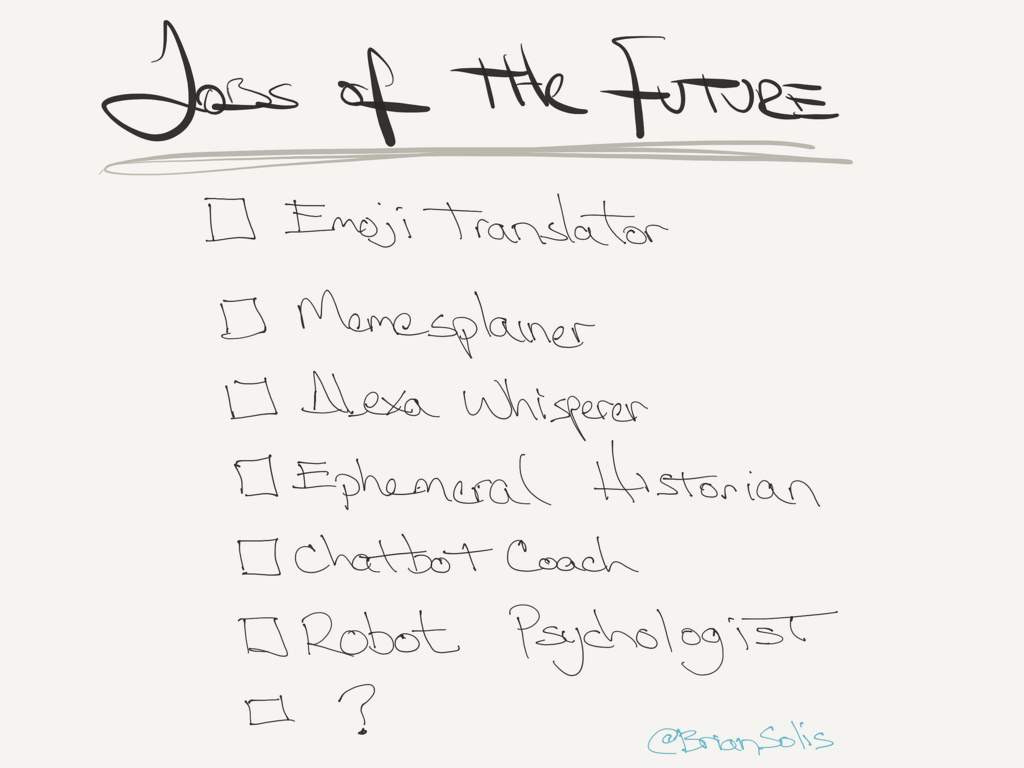 A.I and automation is changing the jobs market, and there’s nothing we can do to stop it. But is it changing for the worse, or better? There has been much speculation that robots are here to take our jobs, but there’s also hope that robots can create more jobs than they destroy. The question is, which jobs are safe, and which are going to be redundant come Industry 4.0?

One in five people are worried about robots replacing them at work, according to this study. Millennials and Gen Z are amongst the most concerned, but the rise of machines will also create a new demand for human skills. Here are some of the most future-proof jobs .

Unsurprisingly, the need for robot programmers is on the rise, with the average salary at $81,359 in the U.S (figures from ZipRecruiter). This role brings together computer skills and engineering, a hybrid career path that will be prevalent as technology takes over every industry and sector. As more and more industries adopt IoT and begin to utilise smart devices in every area of business, the creation of hybrid jobs will become a necessary move.

As robots take over the world, the biggest concern isn’t jobs, but the state of cyber security. Having so many machines connected to the web, collecting, storing and sharing data, there’s an ever-growing threat of hacking and data theft. Cyber security is one of the core topics in business today. It can also be one of the most well-paid jobs at senior level, with great job progression for juniors. Despite this, there still aren’t that many cyber security experts out there to fill the demand. If you’re a cyber security professional looking for an opportunity right now, competition isn’t a problem.

According to Indeed, the world’s largest job site, data scientists are the least likely to ever be taken over by machines. The job site states that the average salary is £55,765 in the UK, and reveals that there was a 54% increase in people searching for data science jobs in 2017. Their data also proves that demand is aligned with the trend. The need for scientific expertise, going beyond just algorithms and code, is clearly something that will be useful for bot-led world.

Human Resources for IT Recruitment

The same job site also revealed that human resources was set to be future-proof according to search data and demand from employers. Automation is already being used to help with sorting through resumes, seeking out candidates based on their online profiles, and with automated communication for high-volume applicants. But the human touch will always be required when it comes to selecting the right people for the right jobs. Robot screening for soft skills, personality and character, and other things that candidates can bring to the brand simply isn’t going to cut it.

We’re a long way off (if ever) from creating emotional intelligence in bots, so recruitment consultants and HR specialists will always be safe, particularly in IT and programming where jobs are on the rise.