A switch may refer to one of many different things. For example, it may refer to part of the physical circuit components that control the flow of signals. It can be a button or lever to turn a device on or off. However, the switch we discussed in this post is a switch or fiber optic switch in networking. Then, what is a switch in networking? What is the purpose of a switch? Let’s find out together in the following text.

What Is a Switch in Networking?

In a network, a switch is a hardware device that filters and forwards network packets from one networking device (switch, router, computer, server, etc.) to another. It is widely used in local area networks (LANs) to send each incoming message frame by looking at the physical device address, known as the Media Access Control address (MAC address). 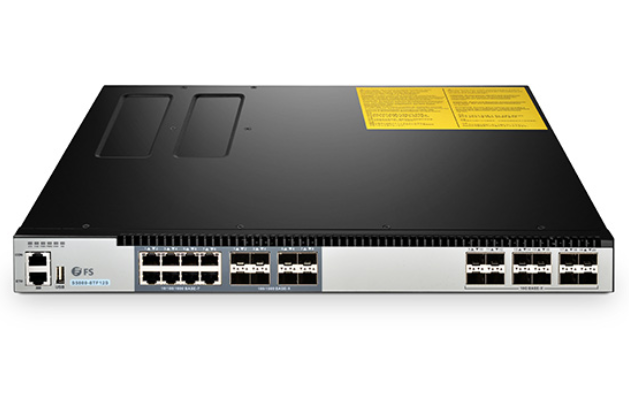 Actually, a switch is considered as a multiport network bridge that uses hardware addresses to process and forward data at the data link layer (layer 2) of the OSI model. Some switches can also process data at the network layer (layer 3) by combining routing functions. Such switches are often referred to as layer 3 switches or multilayer switches.

What Is the Purpose of a Switch in Networking?

You may have a blurry understanding about the function of switch in networking simply from its definition. Then, what is the purpose of a switch on earth? Listed below are main purposes or functions of switches: 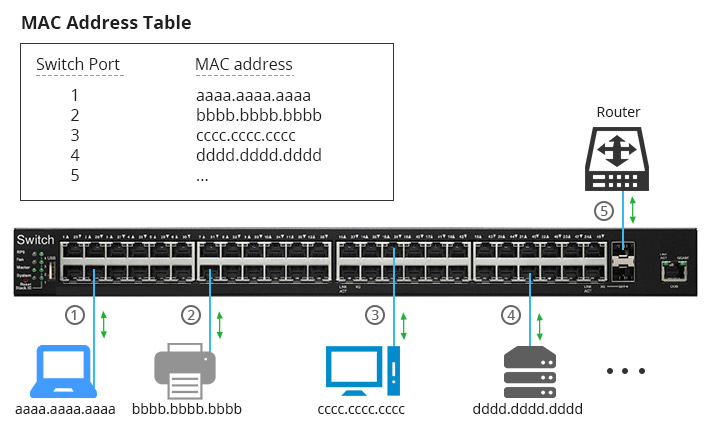 Applications of Switches in Networking

Nowadays, switches are used almost everywhere from small office/home office (SOHO) to major ISPs (Internet Service Providers). You can use them at home office or small-sized area as you wish. For these places, a 10/100/1000BASE-T Gigabit Ethernet switch is enough. In addition, there are many switches that feature high speed uplink ports to offer speed of 10 Gbps, 40 Gbps, or even 100 Gbps! These high-speed switches are commonly adopted by enterprises for data center construction. Under such circumstance, you may need a 10GbE switch or 40/100G switch.

From all the above, you may have a general understanding of “what is the purpose of a switch in networking?”. In addition to connecting networked devices, a switch plays an important role in traffic management, message forwarding, bandwidth increase, etc.