Network switch has become unprecedented important in today’s networking market for its rapid update in performance. In the meanwhile, network users tend to have more requirements on a single switch, such as more port numbers, bigger switching capacity, higher bandwidth, etc. Here, we will introduce FS S5850-32S2Q 10GbE 32-port switch featuring all these requirements. 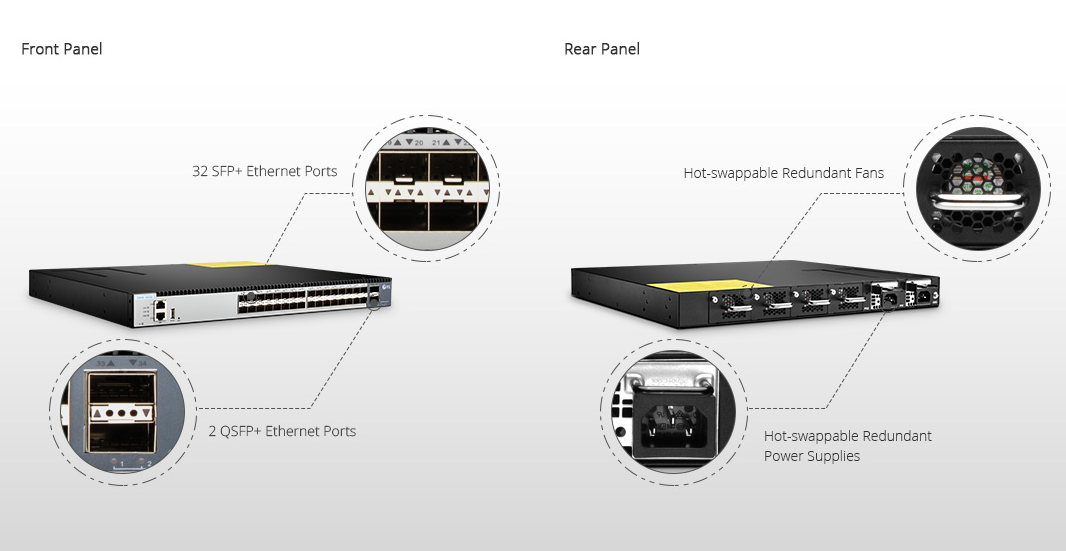 The key features of this 32-port switch lie in that it provides high-performance, high interface density, and low latency to facilitate the rapid service deployment. The detailed key features are listed below:

The two main uses of this 32-port switch lie in that it is not only an aggregation or access switch in Metro L2 ring network but also a leaf switch in enterprise data center.

Ring network, also known as ring topology, is one of the network topologies in which each node is exactly connected to two other nodes. Therefore, it can form a ring-like pathway by transmitting signals through each node. The ring network reduces chances of data collision since each node releases a data packet after receiving the token. The picture below shows FS S5850-32S2Q switches for Metro L2 ring network topology as aggregation or access devices. These aggregation switches mainly use QinQ or ERPS features to deliver Metro Ethernet service. 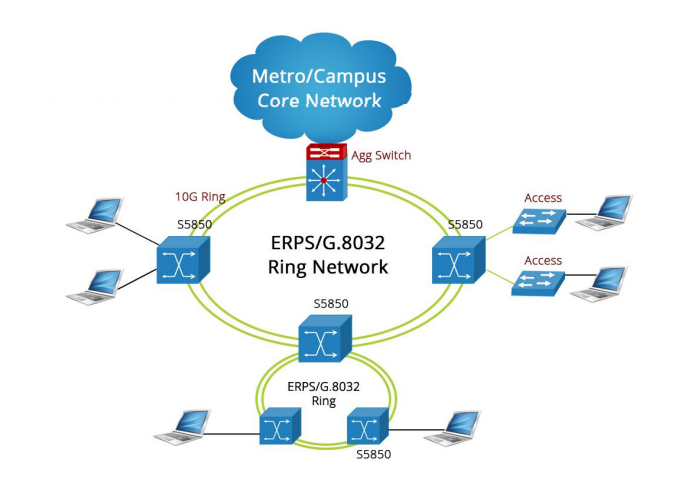 The S5850-32S2Q 10GbE 32-port switch can provide access ports for high density 10GE servers and 40GE uplink ports to aggregation or core switches as well. It can be used as leaf switch in data center access network topology with features such as VLAN, LACP, RSTP&MSTP, MLAG, DCB, etc. 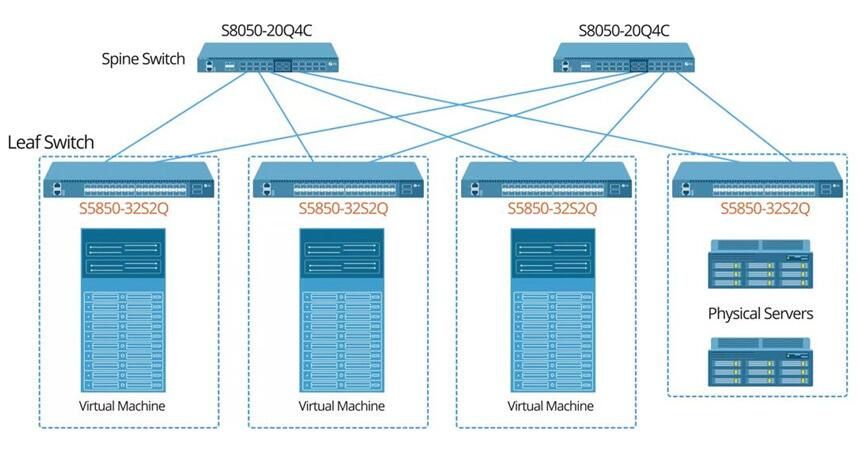 In addition to the information mentioned above, there are other specifications you need to know about FS S5850-32S2Q when choosing a 32-port switch. Listed below are the most important specifications for reference before buying this 10GB switch. 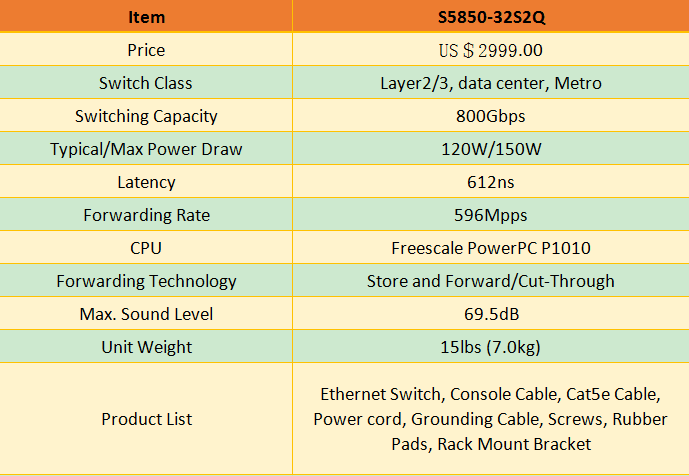 All in all, it is clear that the FS S5850-32S2Q 10GbE 32-port switch supports comprehensive protocols and applications. It plays an important role in data centers, Metro, enterprise network, campus network, etc. This 10GB switch is ideal to facilitate the rapid service deployment in both traditional L2 or L3 networks. You can enjoy a non-blocking bandwidth of up to 400Gbps! By the way, if you want an additional Gigabit switch for other use, FS offers multiple choices for you as well.

How to Set up a Network Switch With a Router?

Bridge vs. Switch: What's the Difference