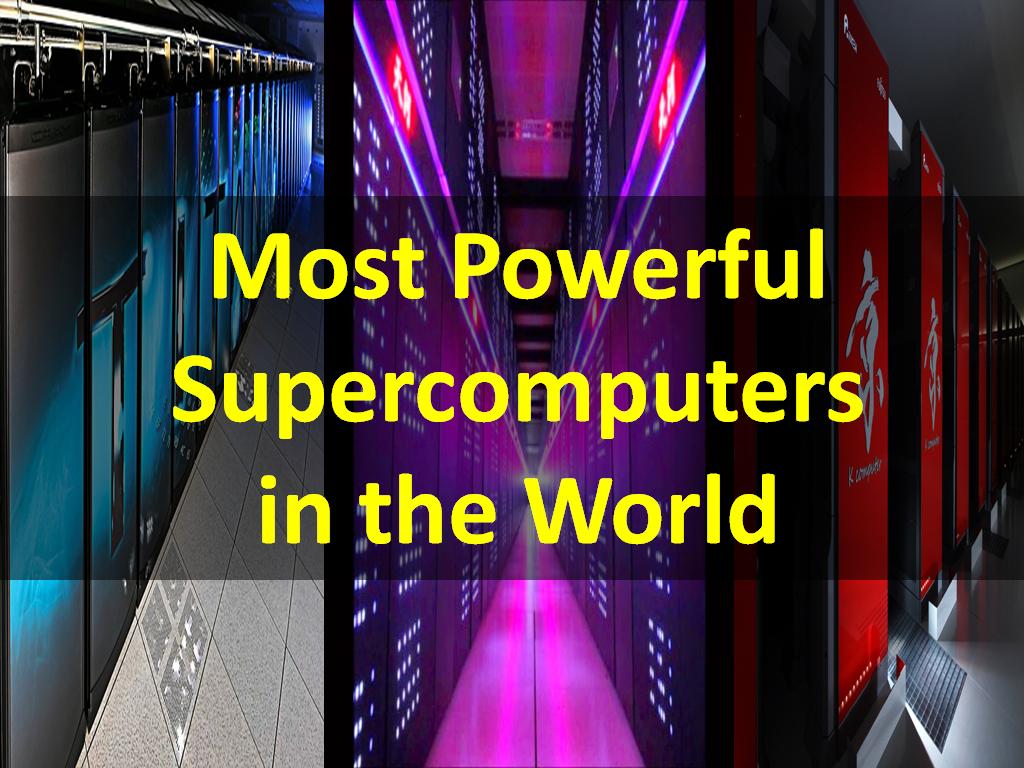 A brief History
Back in the 60âs, Seymour Cray who worked under the control data corporation (CDC), became the pioneer of Supercomputers by introducing to the world the Cray Research. Decades have passed, and since then technology development has made supercomputers to become advanced enough to predict the weather and even estimate your lifespan.
Wonder how does it function?
The supercomputer is capable of producing high octane amount of calculations to present millions of results and data even before you can blink! It usually has more than a single Central Processing Unit (CPU) that allows the computer to do faster circuit switching and accomplish more tasks at once. Also, due to its vector arithmetic processor it is able to calculate multiple lists of operations simultaneously instead of just one at a time.
At the moment, the architecture trend for supercomputers is to have massively distributed parallelism, which is to perform a set of coordinated computations in parallel. This architecture design would allow for peak computational performance from the supercomputer.
Examples of massively distributed parallelism would be Grid computing and Quasi-Opportunistic supercomputing.
Supercomputer main uses
Apart from the examples that Iâve mentioned earlier on, here are a few main uses of the supercomputer which you may relate to
1) Data mining
2) Online games
3) Quantum Mechanics
4) Climate research
5) Oil and Gas exploration
6) Molecular Modeling
7) Physical simulations
8) Cryptanalysis
Now that you have a stronger understanding of the supercomputer, letâs take a look at the current top 10 supercomputers that exist in this entire world based on the Novemberâs 2014 standings under top500.org.
The rankings are based on processing speed with its unit in petaflops.
*A petaflop is defined as: A quadrillion (thousand trillion) floating point operations per second (FLOPS)
Top 10 rankings
10) Name: Unknown
Location: Unknown
Processing Speed: 3.57 petaflops
Amount of processor cores: Unknown
Apparently the name is unknown as this supercomputer is regarded as top secret under the United States government. Even its location is unknown! God knows what servers or systems this supercomputer is running! What we know is that this particular supercomputer is part of Cray CS-Storm system and is really really fast.
9) Name: Vulcan

Location: Lawrence Livermore National Laboratory (LLNL) in Livermore, California
Processing speed: 4.29 petaflops
Amount of processor cores: 400,000 cores
Manufactured by IBM, the Vulcan runs on the impressive blueGene/Q platform with power BQC 16-core 1.6GHz processors. The supercomputer primary purpose is to run the United States Department of Energy's National Nuclear Security Administration (NNSA).
Recently, in 2013, the LLNL opened up the Vulcan to commercial businesses in the United States in exchange for the share in operation costs. This initiative was meant to boost American companiesâ competitiveness in the scientific and technology industry. The Vulcan is also used to improve the high-performance computing (HPC) sector of the country as well.
8) Name: JuQueen

Location: JÃ¼lich Supercomputing Centre, Forschungszentrumm, Juelich
Processing Speed: 5 petaflops
Amount of processor cores: 458,752 cores
Another product of IBMâs BlueGene/Q, the German supercomputer assists in neuroscience, computational biology, climate research and quantum physics. The JuQueen was built in 2012 to replace its predecessor, The JuGene, which used to be one of the fastest in the world at that time. The JuQueen is also used to assist researchers at the JÃ¼lich-Aachen Research Alliance to forecast timelines and schedules of projects and proposals.
7) Name: Stampede 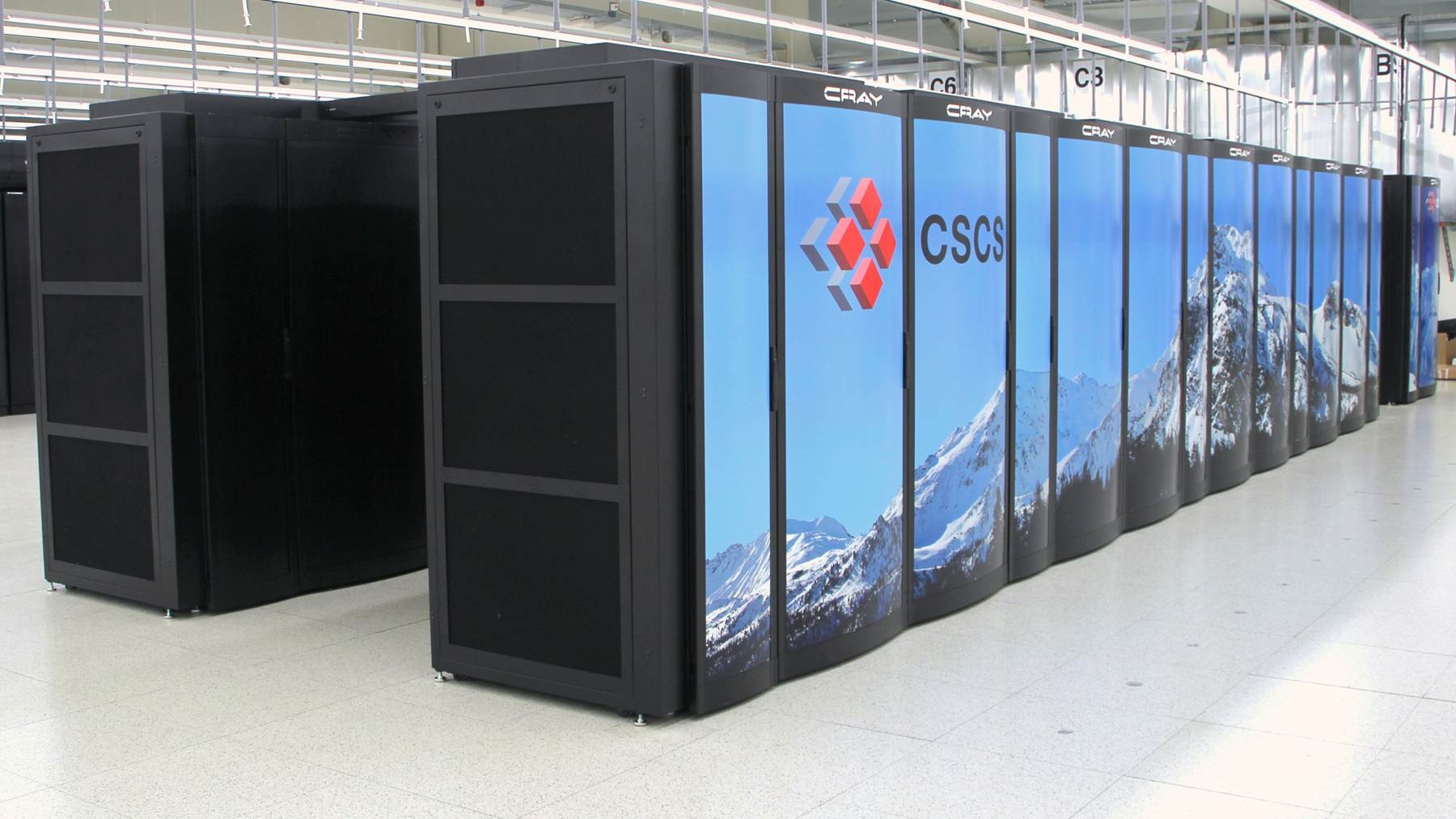 The Piz Daint named after a mountain in the Swiss Alps, is used for weather modeling, astrophysics, life sciences and material sciences. Regarded as the most formidable supercomputer in Europe, the Piz Daint runs under Intel Xeon E5 processor with NVIDIA graphical processing units. The Piz Daint is also known for its energy efficiency by using its hybrid architecture and is in the top 10 of the GREEN500 lists.

*The Green500 list compiles all the supercomputers in the TOP500 and ranks them by energy efficiency.
5) Name: Mira

Another of IBMâs BlueGene/Q creation, Mira is used in a research Laboratory for the United States Department of Energy. To list a few of its uses, the supercomputer receive proposals from researchers under the Innovative and Novel computational impact on Theory and Experiment program (INCITE). Also, Mira is used for the Advanced Science Computing Research Leadership Computing Challenge.
4) Name: K computer 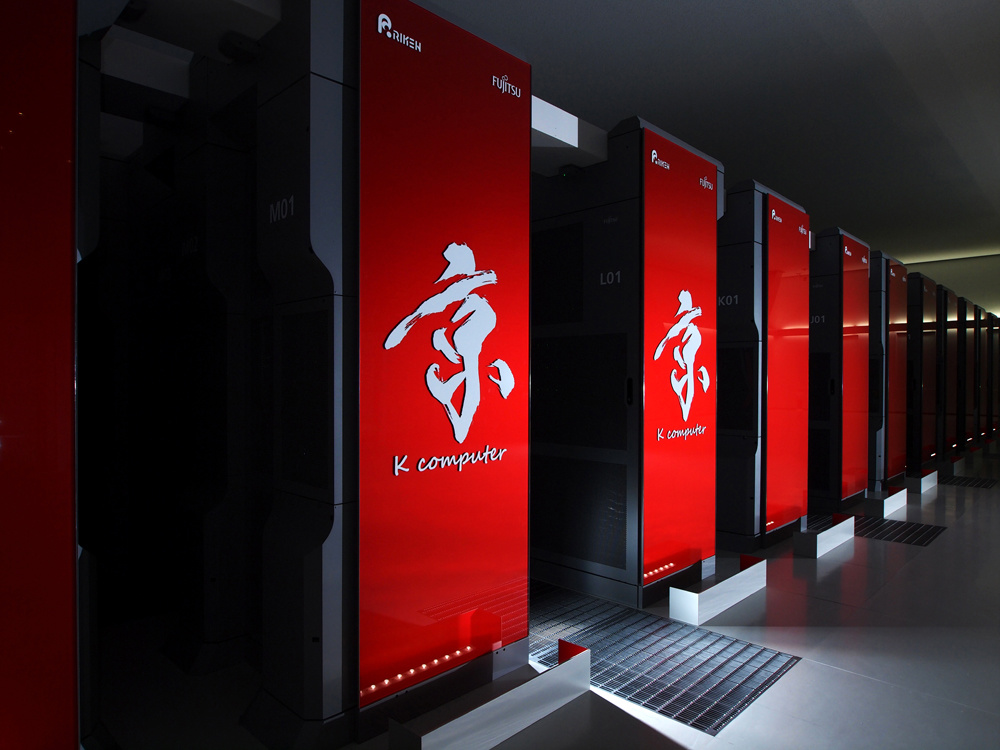 Japanâs supercomputer seems to be very powerful as itâs significantly faster than Illinoisâs Mira and more than twice as fast as Germanyâs JuQueen.

However, as the saying goes, thereâs always a bigger fish out there.
3) Name: Sequoia 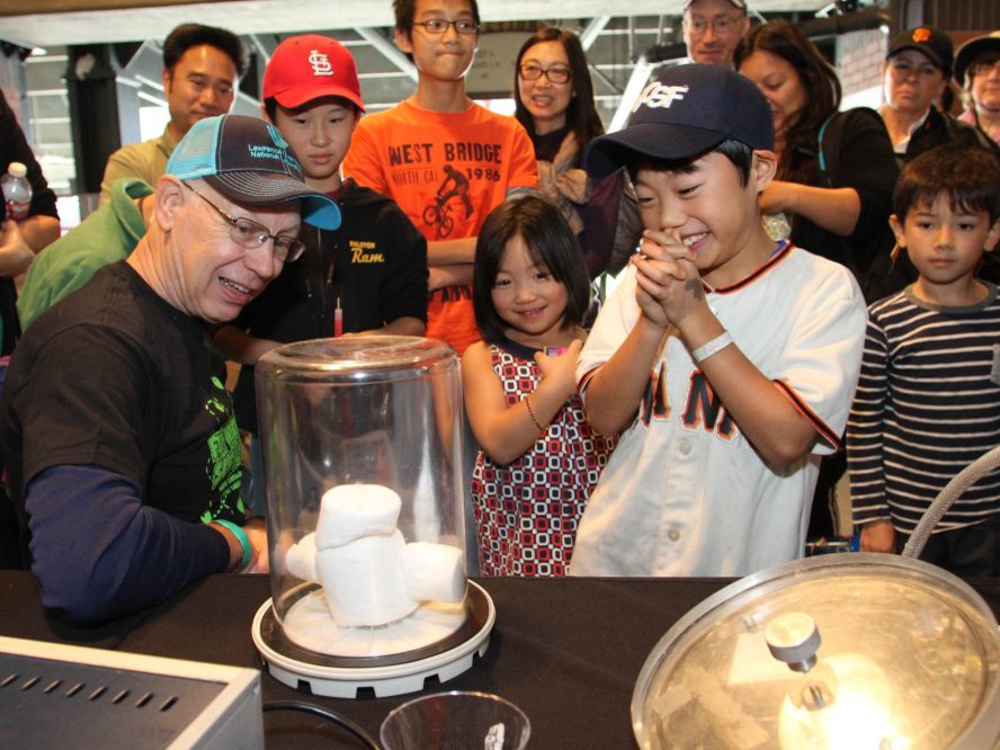 Coming in third on our list, the Sequoia used to be fastest supercomputer in the world back in June 2012. With a whopping 17.1 petaflops using IBMâs 96-rack Blue Gene/Q system and designed on a 16-core 1.6GHz chip, this beast of a supercomputer focuses on restoring and extending outdated nuclear weapons and assisting experimenters on nuclear fusion. Similar with the Vulcan, the Sequoia also used by the U.S Department of Energyâs National Nuclear Security Administration.

Emphasizing on relativity, the Sequoia is around 63% faster that K computer.
2) Name: Titan

As the name suggest, Titan is the second most powerful supercomputer that ever existed in this realm that we live in. Under its Cray XK7 system, Titan runs under the Nvidia Tesla GPUs and AMD Opteron CPU. With its unique hybrid architecture, the Titan is able to run at meteoric speed with incredible power efficiency.

The Titan has been used for a range of science projects including working under the Center for Accelerated Application Readiness (CAAR), which constantly furnishes the best practices for code development.

Come 2018, the Titan will be replaced by the highly anticipated IBM's Summit.
1) Name: Tianhe-2

Chinaâs Tianhe-2, translated as the Milky Way-2, is undoubtedly a supercomputer that can be deemed to be from a different planet!

Being almost twice as fast as the second fastest supercomputer in the entire world, the TianHe-2 is indeed a remarkable piece of computing ingenuity. Using a complex combination of Intelâs Xeon Phi processors, Xeon E5 processors and custom processors, the system is mainly utilized for Chinaâs Defence Technology, education and national research.

The Tianhe-2 also runs on a custom version of the Ubuntu Linux operating system called Kylin, which was developed through a partnership between the NUDT, the China Software and Integrated Circuit Promotions Centre (CSIP) and Canonical.
Whatâs next for supercomputers?

With further developments in Supercomputers, the skyâs the limit for its extensive uses. With breakneck processing speed, there have been many potential applications for supercomputers, including virtualization whereby high performance computers will be able to operate on a wider range of softwares including highly specialized modeling and realistic simulation programs.

There have also been discussions about future supercomputers being able to mould the human brain. Experts predicted that between 2025 and 2030, supercomputers will be able to fully map out the human brain that will aid medical professionals in giving diagnosis to neurological health and provide understanding and treatment on human thought and emotion.

Furthermore, by being able to replicate the human mind, supercomputers will also pave the way for extensive development in Artificial Intelligence making computers to be as intelligent as an average human being.

With the potentials of the supercomputer being all so mesmerizing, the next step for supercomputers is to reach a higher processing level. The exaflop level is a thousand times faster than the current petaflop computers that were listed in the top 10. Now, the first ever exaflop computer is dated to be released in 2019. Step back and imagine the uses and capabilities based on that processing speed which will occur in just a few short years.

Have more to discuss on supercomputers? Leave a comment below and enlighten us with your views!
This blog is listed under Development & Implementations , Networks & IT Infrastructure , Hardware and Server & Storage Management Community
Share this Post:
2
Was the blog helpful?
Related Posts: