Take me to MyPage
I'm not curious
SKIP>>
We built MyTechLogy for you
Help us to help you.
Share your expectations and experience to improve it.
Please enter your feedback.
Thank you for your feedback!
Click here to continue..
Thank you for your Feedback
Your feedback would help us in sending you the most relevant job opportunities
You are here: Home / IT Blogs / IT Blog View
Mobile apps development is ready for the next big challenge - harnessing the right growth opportunities. While once app development was itself something that wasn't easy, today, the focus is on something else. 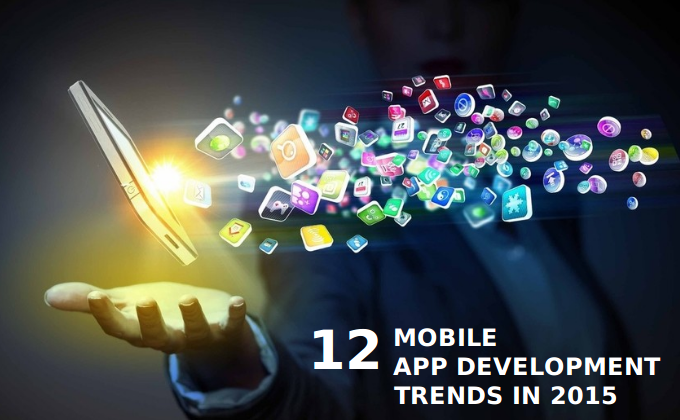 Developers have a lot to think abut today, from developing apps across a range of smartphones and operating systems as well as think about Wearable devices and keep in mind the emergence of Internet of Things. The future looks even brighter for app developers.
So, how much will 2015 lead us to the future? Experts feel that 2015 is a year where we are fast progressing to technologies that we will embrace soon in the future. In this regard, 2015 is a milestone when it comes to app development. We are already halfway through 2015, and here are some of the 2015 trends that you can look up to.
1. Rapid Application Development
Presently, there is a vast gap that app entrepreneurs witness from the time period between app development to the launching of the app. However, now rapid app development tools are increasing and will help developers gather lot momentum when it comes to app production. This is necessary as the demand for mobile apps have increased. In 2014, Android market had 1.2 million apps and Apple had the same amount of apps.
2. Cloud Technology
With organizations looking at Cloud for better collaboration and app developers looking at it for easier app development and testing, Cloud technology has developers taking advantage of its capabilities. Now, developers can also build devices that can be accessed from other devices. This technology brings about significant changes in the way we do business.
3. Mobile eCommerce
E-commerce has become a phenomenon and many people complete online commercial transactions with their smart phones. Mobile e-commerce has shifted to engage users to buy more. In 2015, the trend is to create engagement campaigns using strategies like deep linking that drive in better conversions.
4. Advanced Mobile Games
In 2008, when games started to appear on apps stores, it brought about significant change in the user behavior. Now games also give various commercial aspects and user engagement with in-game purchases. Games have now become a science as compared to its beginning as an art. Games like Candy Crush and Clash of Clans are a great example of it.
5. Utilities
Smart phones aren't only about gaming - utility apps are also quite popular. Users require antivirus programs, media players, space savers and many more as utilities and developers can tap into this potential. Understandably, mobile capabilities are different than a computer, and developers have matured to create a better business model. They utilize ads instead of offering their services at a price - a freemium model thatâs popular in the Google Play Store.
6. Consumer and Enterprise Applications
There has been a race between consumer apps and enterprise apps. In 2015, consumer apps are expected to earn less than enterprise apps. Today, 43 percent of developers are looking to develop enterprise apps and only 19 percent are concentrating on consumer apps. Hence, we can expect more enterprise app than consumer app.
7. Large Screens
By 2015, users are favoring more and more larger screen devices. It is expected grow even more. Statistics suggests that phones with screens of 5 inch or more have seen 209 percent boom in their sales. Hence, it also demands developers to develop apps accordingly.
8. Internet of Things
This one of the biggest change developers and users are about to experience. This will change the way we live our lives and interact with things around us. Today, around 4.9 billion devices make up Internet of Things, and this is about to cross 45 billion marks by 2020. Big players like IBM see IoT as a great opportunity for investment. They have created a new division for IoT related products.
9. Biometric Interaction
Now smartphones are using biometric sensors like a fingerprint to make the devices more secure. In 2015, biometric and retina scanners are expected to improve the way we lock our device and make financial transactions. Large financial services have started employing this system to make their system more secure in their own apps.
10. Wearable Technology
Wearable technology is starting to kick in, and with smart watches and other wearable devices that include fitness bands, coming into the market, a whole world of apps need to be created. Devices like Moto 360, a smart watch run on Android and Google has designed OS for wearable devices. Developers have to build apps for everything, from smart watches to fitness bands. In fact, the wearable industry is expected to be worth several billions within the next few years.
11. Beacon and Location Based Wi-Fi Services
Though users and developer rave about 4G, 3G, and many data connection, they aren't fully reliable - your device can easily be out of the network range for one. Thus, Wi-Fi and beacon are getting more attention and developers are looking make use of the Wi-Fi to play together at indoors. Many businesses will implement Wi-Fi-based services in their apps. This year Apple has already announced its intentions with iBeacon.
12. Mobile Payments
The other is the emergence of mobile payments. The iPhone 6 does it best - you donât have to wait in the queue any more nor do you have to show your credit card. You can just use your phone to pay for your bills at your nearby shopping mall. While the development is still restricted to a few cities of America till date, the prospects are amazing.
We are sure we will see new trends coming up by the time this year ends. Mobile searches have already overtaken desktop searches and thus now it seems Mobile Frontier is going to be the most pervasive market. For this, mobile apps have a bigger role to play.
This blog is listed under Development & Implementations and Mobility Community
Share this Post:
2
Was the blog helpful?
Related Posts: