Take me to MyPage
I'm not curious
SKIP>>
We built MyTechLogy for you
Help us to help you.
Share your expectations and experience to improve it.
Please enter your feedback.
Thank you for your feedback!
Click here to continue..
Thank you for your Feedback
Your feedback would help us in sending you the most relevant job opportunities
You are here: Home / IT Blogs / IT Blog View
As the two giants in the field of technology, Google and Apple individually control the two main phone systems-Android OS and iOS. As a late-comer, Google pays much attention to software, and in order to establish a benchmark for Android market, Google releases a new Nexus series phone every year. Nexus 6P, as a flagship phone for Google this year, has many changes, compared with other Nexus devices before.
Firstly, Nexus 6P breaks out of the plastic cover thoroughly, instead now it looks like an "iron man". Besides, the pixel also gets greatly improved. From an objective perspective, Google has further narrowed the gap between Nexus and iPhone. But, which one is better, Nexus 6P or iPhone 6S Plus. Now, let me take a look at these two phones. 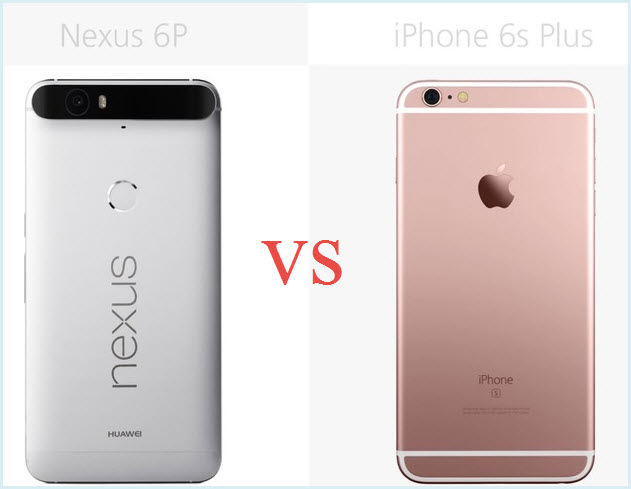 3. As for display size and display resolution, the Nexus is 5.7", iPhone is 5.5". The Nexus 6P has a 7 percent bigger screen than latter. But the iPhone 6S Plus has one of the best phone displays we've seen, with its combination of maximum brightness, white balance, color accuracy and good (though not the best) pixel density.

4. Last but not the least: let me check both of software. The Nexus launches with stock Android 6.0 Marshmallow, while the iPhone runs iOS 9. Of course, now you can upgrade your iPhone 6S Plus.

So, which one do you prefer? As a fan of Nexus, I just switched from my Nexus 5 to Nexus 6P. I am looking forward to more surprise the new Nexus 6P might bring to me. Here is also much information about Nexus Recovery Mac . You can follow me to know it in detail.
This blog is listed under Gadgets Community
Share this Post:
0
Was the blog helpful?
Related Posts:

How to Retrieve Deleted Contacts on iPhone 6S...

Get Your Apps Ready for Android O