Out of seemingly nowhere, the Pangu hacking team has released an update to its jailbreak tool for devices running iOS 9.1. The tool, which is available for both Mac and Windows, allows users to jailbreak the iPad, iPhone and iPod touch. More interestingly, the same team is promising to release a jailbreak for the 4th generation Apple TV next week.

Unfortunately, few people will be able to take advantage of this jailbreak that haven’t already. Why? Apple stopped signing iOS 9.1 back in late December, which means that anyone not currently running iOS 9.1 can no longer downgrade or upgrade to that particular version of iOS. Since many of those who are not jailbroken have since upgraded to newer versions of iOS, and those that are jailbroken are still running earlier version of iOS, it limits the scope of potential users.

Pangu acknowledges that the kernel bug used for the 9.1 release was patched by Apple in iOS 9.2. In other words, it had nothing to lose by releasing the 1.3 update, and it gave the few users who might still be running iOS 9.1 an opportunity to enjoy a jailbreak.

You can download the Pangu 1.3 tool for iOS 9.1 from Pangu’s official website. The tool only works for iOS 9.1 on 64-bit iOS devices. Earlier iOS 9 versions can be jailbroken on 32-bit devices using the same tool. 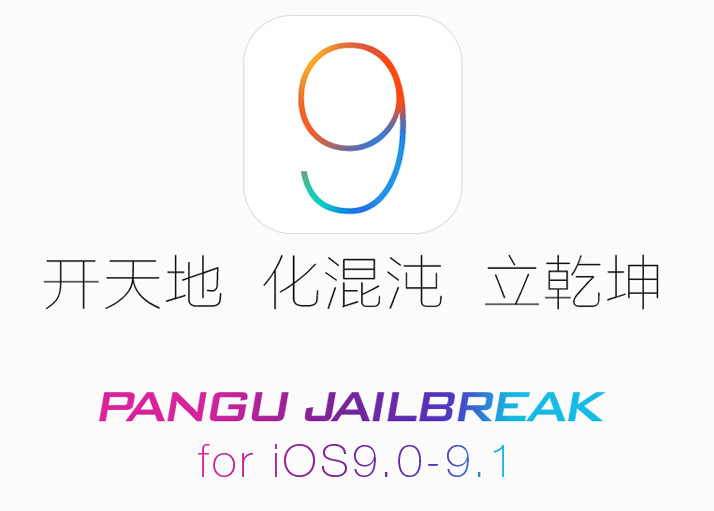 Apple TV 4 jailbreak in the works

We will release jb for Apple TV4(9.0.x) next week which only has SSH access. It’s mainly for security researchers and jailbreak developers.

The jailbreak will only include SSH access, so there won’t likely be any user-friendly GUI based features at the outset. Yet, this is still very good news, and will open the floodgates for new Apple TV modifications and enhancements. Remember, the third-generation Apple TV was never jailbroken, so there’s a lot of pent up demand for a new Apple TV jailbreak.

Please be aware that jailbreaking come with inherent risks. By jailbreaking, you’re using a tool created by a team outside of Apple that exploits security flaws.

That said, I personally choose to accept that risk and I still jailbreak, although not as often on my daily driver. What about you? For more details on the current state of jailbreaking, be sure to read our latest State of Jailbreak post.

How to Manage Jailbroken iPhone without using iTunes

Go to learn more>>
This blog is listed under Development & Implementations , IT Security & Architecture , Gadgets and Mobility Community
Share this Post:
1
Was the blog helpful?
Related Posts: