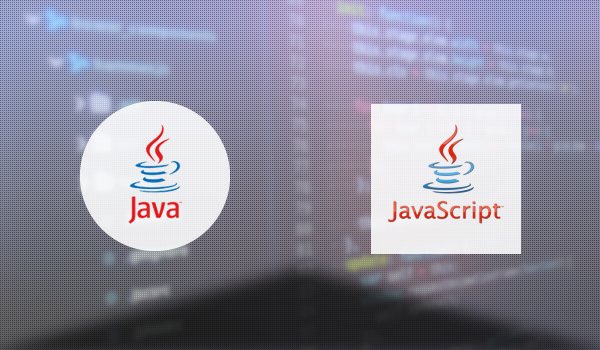 We have for once about Java or JavaScript. It is among the most popular programming languages. But those who do not belong to a technical background, cannot really tell the difference between Java and JavaScript.

But forgetting the non technical people, even many developers have this confusion between Java and JavaScript or they think it is related in some way because both have similar names right! But it turns out that the story is entirely different. All that they share in common is that they have similar sounding names and something to do with technology. Giggles!

The project Java started with the aim to provide solution for interactive television which was initiated and developed by the title Oak and then eventually it was called Java which means coffee. Well, just all developers fell in love with the name Java (Coffee and Developers, you what we are talking about).

The Microsystems released the first implementation of Java in 1995 which said the tagline Write Once, Run Anywhere. It was compiled for different platforms and C-Style syntax which had the ability to run browsers. After this introduction, Java’s popularity grew with time!

Soon after Java came out! It did not take much time for JavaScript to make this confusion happen afterall. The Java 1.0 was released by Brendan Eich who came up with this a programming language that runs natively in the browser (unlike Java). This language indeed was appealing to the non professional programmers. He was aiming at coming up with a language which is client side and multi-paradigm scripting language. It was later changed to ‘LiveScript’ which was also a marketing stunt.

Java and JavaScript are both programming languages which can be used to build web applications but they are different choices and development techniques.

Java is a general purpose programming language which is compiled, object oriented and strongly typed with the help of various languages. On the other hand, JavaScript is a web language which has loose ends and it is a prototype based multi-paradigm language.