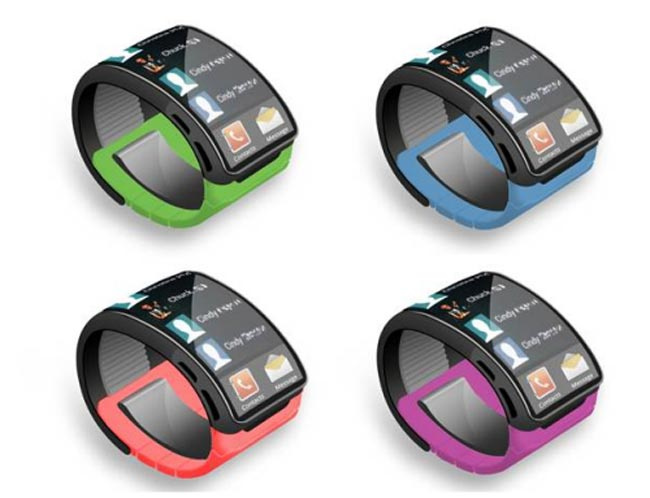 Along with Nike, Jawbone and Pebble, that have also decided to make a watch which can serve as a relatively effective smartphone, Samsung is one of the early adopters of what may become a rather popular trend, making smart accessories. Everyone who ever enjoyed spy movies must be thrilled with the idea, however, as these devices are still in their infancy, there are a lot of things about them that are still less than ideal.

First of all, the watch is quite large, which is just one of the requirements of the screen that it has to have to be at least minimally effective. Despite its size, it still looks quite nice, but the strap does seem a bit rushed. The strap also holds a 1.9 Megapixel camera which provides for some interesting, but also, possibly, criminal options.

Galaxy Gear sports a 1.63 inches 320 x 320 AMOLED screen, which not only provides great image quality, but also ensures that you can see anything that is on the screen from any possible angle. The screen also offers great visibility in daylight and seems a perfect choice for a device of this type.

The watch needs to be connected to a smartphone in order to be able to perform most of its functions. This is to say that without a connection with a smartphone you canât use most of the apps that would otherwise be available to you. You can, however, perform some basic functions of the watch, such as snapping photos, taking videos and browsing through the Gearâs relatively reduced basic menu.

The watch uses its own, modified Android skin meant to only provide the functionality that you will need with this device. The device is brought from sleep with a physical power button, while you are supposed to swipe the screen when you want to navigate the menus.

Even though the watch canât do too much without a connected phone, you can take advantage of the S Health app. This app monitors your heart rate, other vital signs, the number of steps you have taken and the distance youâve crossed while you are running or exercising, which is what makes it an ideal choice for this kind of device.

The manufacturer claims that the battery life should be somewhere around 25 hours, which is not really a lot, especially when you consider the fact that manufacturers are usually quite optimistic when making this kind of claims. This pretty much means that youâll have to charge the device every day, but with moderated use, it might go for a bit longer.

For now, Samsung Galaxy Gear can only be connected with Samsung Galaxy S4 and Samsung Galaxy Note 3, however, their predecessors, S3 and Note 2 are soon to also be included in this list. While this is quite a limited number of devices, chances are that Samsung and other manufacturers wonât soon be abandoning this idea, which is to say that sooner or later you may find a smart watch that suits all of you needs and that you can use with your preferred smartphone.