Take me to MyPage
I'm not curious
SKIP>>
We built MyTechLogy for you
Help us to help you.
Share your expectations and experience to improve it.
Please enter your feedback.
Thank you for your feedback!
Click here to continue..
Thank you for your Feedback
Your feedback would help us in sending you the most relevant job opportunities
You are here: Home / IT Blogs / IT Blog View
Laravel PHP framework follows the Model View Controller (MVC) architectural pattern and is the most popular for creating feature-rich customized web applications. Since its inception in 2011, it has achieved widespread popularity not only among startups and SMEs but also among large enterprises. 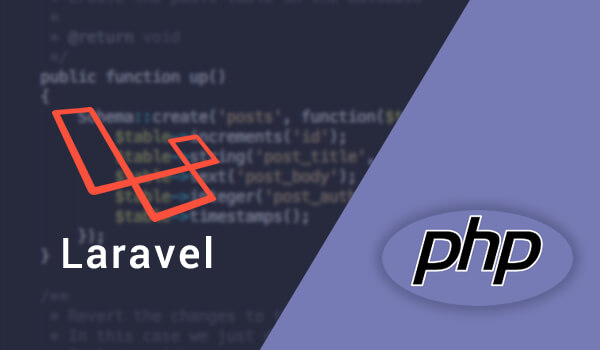 Now the point is why do enterprises rely upon this PHP framework to make their web presence meaningful and profitable? Let’s take a look at the reasons put forth by a PHP Developer Specialist:

With the eloquent Object-relational Mapper (ORM) which is an implementation of simple ActiveRecord, you get a chance to work with the database without requiring writing a SQL code. Yes, you can enquire about the data with PHP syntax itself. It enables PHP developers to work faster and efficiently.

Laravel comes with a strong security feature that helps fix most of the common technical issues. Moreover, this feature also equips you to combat security threats like cross-site request forgery, cross-site scripting and SQL injection.
OWASP Foundation, the American not-for-profit organization dedicated towards making web applications secured and trustworthy, opines that the Laravel’s codebases are strongly guarded and many people can check it.

Laravel allows you to create future-ready web applications by constantly updating its versions. Thus, you can enhance your business prospective by developing upgraded applications.
Furthermore, it bestows scalability to your business by empowering you with futuristic applications and allowing you to easily change your business tactics.
Besides, if you outsource PHP development, it would be cost effective as Laravel is an open source technology and entirely free of cost.

This amazing feature sets Laravel apart from other PHP frameworks. Along with many other pre-installed libraries, Laravel has an asset of Object Oriented Libraries and each library has its own benefits. For instance, the Authentication library will offer the benefits such as Bcrypt hashing, resetting of password, prevention of CRSF and much more.

The Schema Builder of Laravel enables PHP developer specialists to develop the database structure of your application without making you re-create it. It also allows you to add columns manually to your local scheme. This feature not only minimizes the risks of losing development data but also allows you to change the structure of database using PHP code instead of SQL.

The templating engine, blade is a boon for Laravel developers. It makes writing codes simpler for them by allowing them to use simple PHP code in views. Also, the codes have their own conditional statements and loops. Besides, it is extensible and this is an exclusive feature that only Laravel possesses.

This feature was first introduced with Laravel 3, but new functionalities were added in version 4.0. Then it came as a blessing for PHP developer by allowing them to do complicated programming based tasks without intervening manually.
Furthermore, it also enables you to develop a skeleton code and database structure thus helping with efficient database management structure and migration. What else! It empowers you to develop your own commands thus making your task easier.

This crucial feature of Laravel has made it the most sought-after PHP framework. Unit testing enables them systematic testing of applications and ensures the apps are bug-free prior to their release. Moreover, it is considered one of the most stable releases and it also equips PHP developers to write unit-tests easily for their own code.

Built on twenty different libraries that simulate modern PHP principles, Laravel framework allows PHP developer specialists to develop modular and responsive web apps.
Laravel has MVC architectural pattern which makes sure that there is clarity amidst logic and presentation. This also assists PHP developer specialists with improved documentation and many built-in functions to elaborate the performance.

Now you know why Laravel is the choicest PHP development framework and what makes it indispensable for enterprises.
By the way, which is your most preferred PHP framework? If Laravel then which feature is your personal favourite? I would love to hear your views; please leave your comments below.
This blog is listed under Open Source and Development & Implementations Community
Share this Post:
0
Was the blog helpful?
Related Posts:

Laravel 5 vs Laravel 4: Which One To Choose?