When the word Testing pops in your head you must know testing is a lot more than just unit testing. Testing and debugging is the way to enhance productivity though it must be kept in mind that the true way to measure productivity is not based on the amount of code written but instead it’s on the amount of code written that we know is going to function just the way we expected.

Tools like PHPUnit and FirePHP allow you to attain this and isn’t it just great that PHP developers now have wide-ranging tools to choose from concerning testing and debugging. Here we discuss the most amazing tools available: 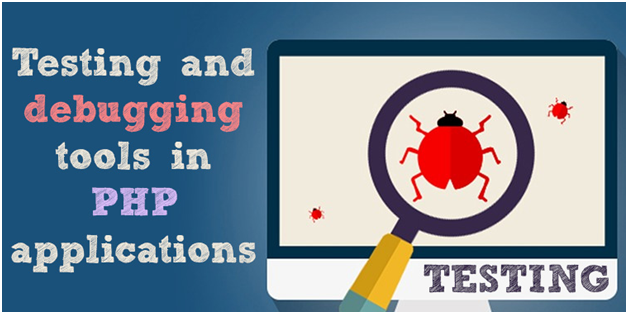 This behavior-driven tool enables you to write tests in plain English and various other spoken language and then they can be executed in conjunction with a third-party tool like Watir, Selenium or Mechanize helpful in executing the tests within a browser. Though mainly written to test Ruby on Rails applications, Cucumber is useful with various mainstream programming languages comprising of Java, Python, and PHP.

Yet another great automated testing solution, this again allows developers to write unit tests with the use of familiar PHP syntax. At the same time, it offers various features that are not natively available to PHPUnit (even though these features are easy to use with PHPUnit in conjunction with third-party tools) like Web interface testing comprising of the ability to test authentication and Web forms. Though not renowned as PHPUnit, SimpleTest’s user-friendly approach to testing earns the framework appreciation among members of the PHP community. This way when you’re a relative novice to programming and feel intimidated by many testing frameworks, SimpleTest seems absolutely worth.

A lot of time is often spent in testing and debugging and this comprises of grunt work requiring you inspect the condition of your application at a lot of stages of execution. Mostly attained with the use of native PHP statements like echo and var dump, when you review the objects’ contents it turns to be quite chaotic owing to the lack of coherent formatting as the object contents are output to the browser.

This extension is highly useful in enhancing the readability of this data as it changes the way array and object content are output to the browser. XDebug takes just no time to install and you will be amazed to see how you get along sans it.

Test-driven web development is highly useful nowadays. You can elevate the role of testing as this way tests are developed next to application code instead of much after the application code written already. This encourages developers to think of various ways in which errors or unexpected results occur. Resultantly, tests are written to ensure their application don’t fail due to such errors. With the help of PHPUnit testing framework, PHP developers get a wonderful solution to do TDD as it presents a wonderful solution to write, organize and automate tests. You just need to incorporate this kind of tool into your daily development routine to attain great productivity and saves you the pain of testing features like user login process manually. This test confirms that the account controller’s login action is useful in accepting a valid email address and password, authenticating the account, redirecting the user to the site’s homepage and eventually confirming that a valid user session does exist.

FirPHP allows you to log messages in an easier way as well as other data hailing from a PHP script. This works amazingly as you debug Ajax-driven features or as you desire to inspect the contents of an object or array sans inserting and deleting echo or var_dump statements. This Firefox extension requires you to install a simple PHP library on the server then runs your PHP-driven website. This script eases out the communication between the server and FirePHP.
This blog is listed under Development & Implementations Community
Share this Post:
0
Was the blog helpful?
Related Posts:

Making the Case for a Career in IT