Anyone that has had some experience with computers will know that there are a number of different ways that you can connect your PC to a monitor or television screen. The most common ways are by using VGA, DVI and HDMI cables. 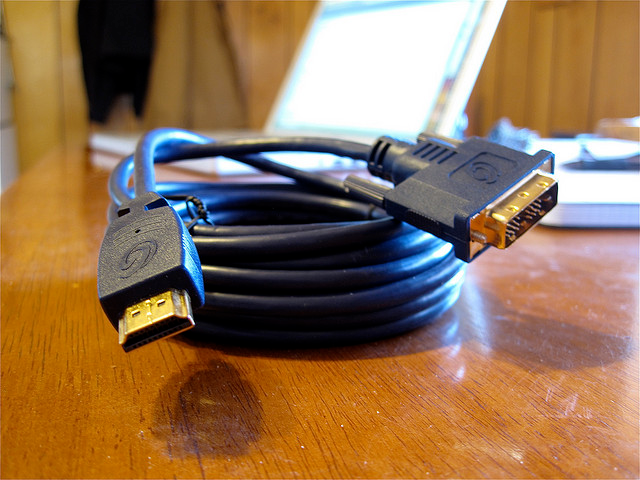 But what is the best way of connecting your computer to a monitor or television, and why? I run through these three different options for you, and show you the pros and cons for using each one so that you can decide what is the best option for your needs.

Short for Video Graphics Array, VGA refers to a display interface that was originally created by IBM back in 1987, but when people talk of VGA or VGA cables today, they are usually referring to the type of connection that this standard uses - a 15-pin connector.

This type of display cable was used for many years as the default output for desktop and laptop computers, and although this standard has been effectively superseded by other types of display cable (such as DVI and HDMI), it is still offered as an option on many monitors and televisions manufactured today.

VGA cables are analogue, and although there is no theoretical maximum resolution, the quality of the signal can be affected by cable length. Some electronics companies offer devices known as video extenders to overcome such obstacles, although these tend to be expensive.

Short for Digital Visual Interface, DVI refers to a display interface that was created in 1999. DVI connectivity is seen to be the successor to VGA and offers many features such as the ability to transmit uncompressed digital video in analogue-only mode (DVI-A), digital-only mode (DVI-D), or digital and analogue modes (DVI-I).

These types of cables are typically associated with computers, but they are sometimes used with electronic devices such as televisions, DVD players and games consoles. Video signals transmitted over DVI cables tend to work up to 4.6 metres at resolutions of up to 1920 x 1200, but like with VGA you would need a video extender device to prevent any signal loss issues.

One of the most popular ways of connecting computers and other devices to monitors and televisions is by using HDMI, which is short for High-Definition Multimedia Interface. Using HDMI is pretty awesome, because it can transmit uncompressed video, compress or uncompressed audio, and the standard even has support for Ethernet, 3DTV and enhanced high definition video!

Many computers, laptops and electronics devices manufactured today include HDMI ports that enable you to connect to other supported devices using an HDMI cable. There are several âversionsâ of HDMI cable which you can buy today. The latest version is 2.0, and is backwards-compatible with previous versions.

HDMI 2.0 cables provide support for 4K or ultra high-definition resolutions of 3840 x 2160, and should be the one you get if you are buying a high-end television with 4K or 3D support.

This blog is listed under Peripherals and Hardware Community
Share this Post:
0
Was the blog helpful?
Related Posts:

What Are HDMI Cables?