What Is Network Latency in Ethernet Switches?

Network latency is a term used to indicate any kind of delay that happens in data communication over a network. An Ethernet switch latency, or network latency in an Ethernet switch, represents for a period that Ethernet packet spends traversing a network switch. A network in which small delays occur is called a low-latency network. While, networks that suffer from long delays are called high-latency networks. 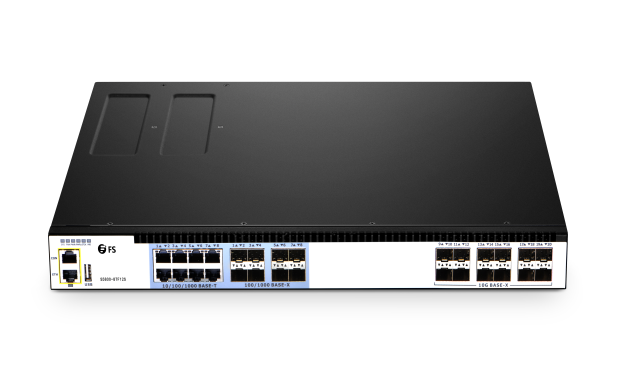 Normally, one switch latency can be reported or defined in two ways, namely, one-way latency and round-trip latency. The former is measured by counting the total time it takes a packet to travel from its source to its destination, while the latter refers to the time taken for information to get to its destination and back again. Nowadays, the round-trip delay is a leading measurement and has a key impact on the performance of the network.

Generally, a network latency is measured from port to port on an Ethernet switch. The way reporting it depends on the switching paradigm (cut-through or store-and-forward) that a network switch adopts. Store-and-forward paradigm requires that the entire packet is received and buffered by the switch before a forwarding decision is made. While, cut-through forwarding, on the other hand, allows for packet transmission to commence on the egress port as soon as enough of the packet has been received to make the forwarding decision.

What Causes the Network Latency?

Actually, one can accomplish a network latency test to analyze the switch latency. Network latency can be measured with different tools and methods in Ethernet switches, such as IEEE specification RFC2544, netperf, or Ping Pong.

Different methods measure latency at different points through the system software stack. IEEE specification RFC2544 provides an industry-accepted method of measuring latency of store and forward devices. Netperf can test latency with request or response tests (TCP_RR and UDP_RR). While, Ping Pong is a method for measuring latency in a high-performance computing cluster, which measures the round-trip time of remote procedure calls (RPCs) sent through the message passing interface (MPI).

How to Minimize Network Latency in Ethernet Switches

In many cases, switch latency can be a much stronger determinant of application performance and user experience than link bandwidth. Normally, for the most commonly used Gigabit Ethernet switch, the switch latency ranges from 50 to 125 microseconds. And for another popular switch, 10GbE switch, the switch latency usually ranges from 5 to 50 microseconds. Excessive network latency limits the performance of network applications by delaying packet arrival. Therefore, minimizing network latency is much more important. You can conduct a network latency test first and then reroute the packets to reduce the delay to the least.

All in all, network latency is a key factor which influences the performance of an Ethernet switch. It can be caused by various reasons and measured in several ways. You can minimize the switch latency after doing the corresponding network latency test.

This blog is listed under Networks & IT Infrastructure Community
Share this Post:
0
Was the blog helpful?
Related Posts:

What Is an Ethernet Switch and How to Use It?

Can I Use Cat6 Cable on Cat5 Network?