What is layer 3 switch? Simply to say, a layer 3 switch is a network switch with some router functions. The most important purpose of the layer 3 switch is to speed up the data exchange within a large LAN. The routing function is also used for this purpose. It can accomplish one route and multiple packet forwarding processes. 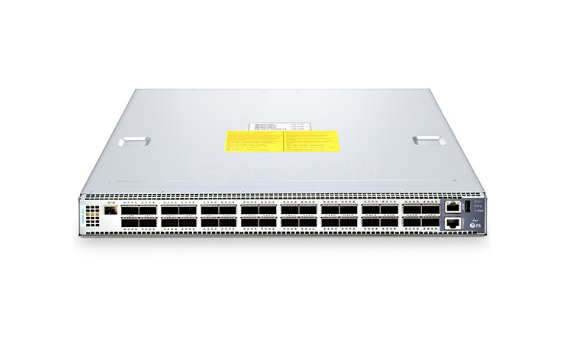 Why Is Layer 3 Switch Popular?

Normally, for the sake of safety and management with convenience, a LAN is divided into small LANs according to different factors such as function or geography to reduce the harm of broadcast storms. Therefore, VLAN technology is applied in a large number of networks. However, communication between different VLANs must be forwarded through routers. Such inter-network access is limited because of the limited number of ports and the slower routing speed. Based on this situation, a three-layer switch emerges. The layer 3 switch is designed for IP. The interface type is simple and has strong layer 2 packet processing capability. It is very suitable for data routing and switching in large LANs. In the third layer of the protocol, the function of the traditional router is replaced or partially completed, and at the same time it has almost the speed of the second layer exchange, and the price is relatively cheaper.

In addition to layer 2 switch, router is another concept which is usually referred to when concerned with layer 3 switch. This is obvious to find from layer 3 switch definition. Then, what are their differences when comparing layer 3 switch vs router? Look at the following aspects:

After all the above, you may get clearer about what is layer 3 switch and the main difference between layer 3 switch vs layer 2 and layer 3 switch vs router. In short, a layer 3 switch can implement both switching as well as routing function. It can define a plurality of ports as one virtual network, and it has no limit to the transmission bandwidth between networks.

This blog is listed under Networks & IT Infrastructure and Gadgets Community
Share this Post:
0
Was the blog helpful?
Related Posts: