The traditional network architecture has been unable to meet the needs of enterprises, operators and network users. It has complicated configuration on equipment and is slow in iteration. To solve this problem, open source networking has emerged! Then, what is open source networking? How to achieve it? Just read through this post to find the answers!

What Is Open Source Networking?

Open source networking, or open source network, is a new-generation network that offers you programmable customization service, centralized unified management, dynamic traffic monitoring, and automated deployment. It makes the transformation of the data center architecture change to virtualization and automation. This new-generation network focuses on technology decoupling, which Dell EMC calls an open network, is the core of the transformation to software defined network (SDN).

The SDN is a new network architecture proposed by the ONF (Open Networking Foundation) to facilitate the whole open source networking environment. This architecture separates the control plane from the data plane. It has central management for network state information Logically. And the underlying network hardware infrastructure is abstracted and defined by the upper layer application. With this architecture, enterprises and operators have unprecedented programmability, automation, and network control capabilities to build a highly scalable and flexible network to adapt to their changing business needs.

How to Achieve Open Source Networking?

The open source network involves the open networking stack from top to bottom. It starts from networking hardware disaggregation and modern 100G or 400G data center switch, and then to network operating systems, network controllers, virtualization, and orchestration. Therefore, to realize open source network, many aspects are involved. Among all these, the network operating systems and data center switches are essential in almost all the networks. Therefore, I’ll take a network switch from Dell as an example.

Actually, there are many other examples as well. For instance, the FS bare metal switch N5850-48S6Q works well with the open source network operating system (NOS) Broadcom ICOS. It supports current and future data center requirements, including a x86-based control plane for easier integration of automation tools. Of course, it offers an ONIE installer for 3rd party network operating systems and compatibility with SDNs via OpenFlow 1.3.11 as well. Such combination can centrally manage and control network devices of different vendors and use the common API abstracted from the underlying network. It facilities the automation and management capabilities of the whole network. 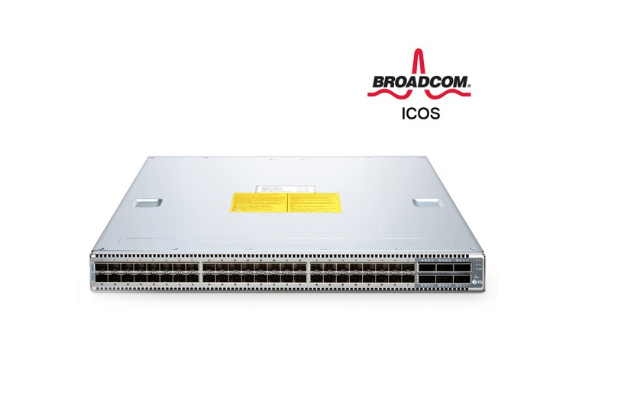 From all the above, you may have a general understanding of “what is open source network” and how to achieve it. This new-generation network offers you a programmable, automated system to help build a highly scalable and flexible network. It is promising in future network reconstruction. You can achieve it with common solutions involved with network switch, open source network operating system, etc.