Take me to MyPage
I'm not curious
SKIP>>
We built MyTechLogy for you
Help us to help you.
Share your expectations and experience to improve it.
Please enter your feedback.
Thank you for your feedback!
Click here to continue..
Thank you for your Feedback
Your feedback would help us in sending you the most relevant job opportunities
You are here: Home / IT Blogs / IT Blog View
Both Apple and Google recently took to their developer conferences to unveil the beta launches of their upcoming mobile OS versions – i.e. iOS 10 and Android N (7.0 Nougat). But the question is, which of the two will shape up to be more exciting and advanced operating system?

It is known that Apple and Google have always been implementing slightly different approaches to similar problems. Whether you leverage iOS or Android for application development, you will certainly encounter some similarities between these two operating systems. But there are a few areas in which they can be compared. So, let us take a closer look at each operating system and figure out the major differences between iOS 10 and Android N: 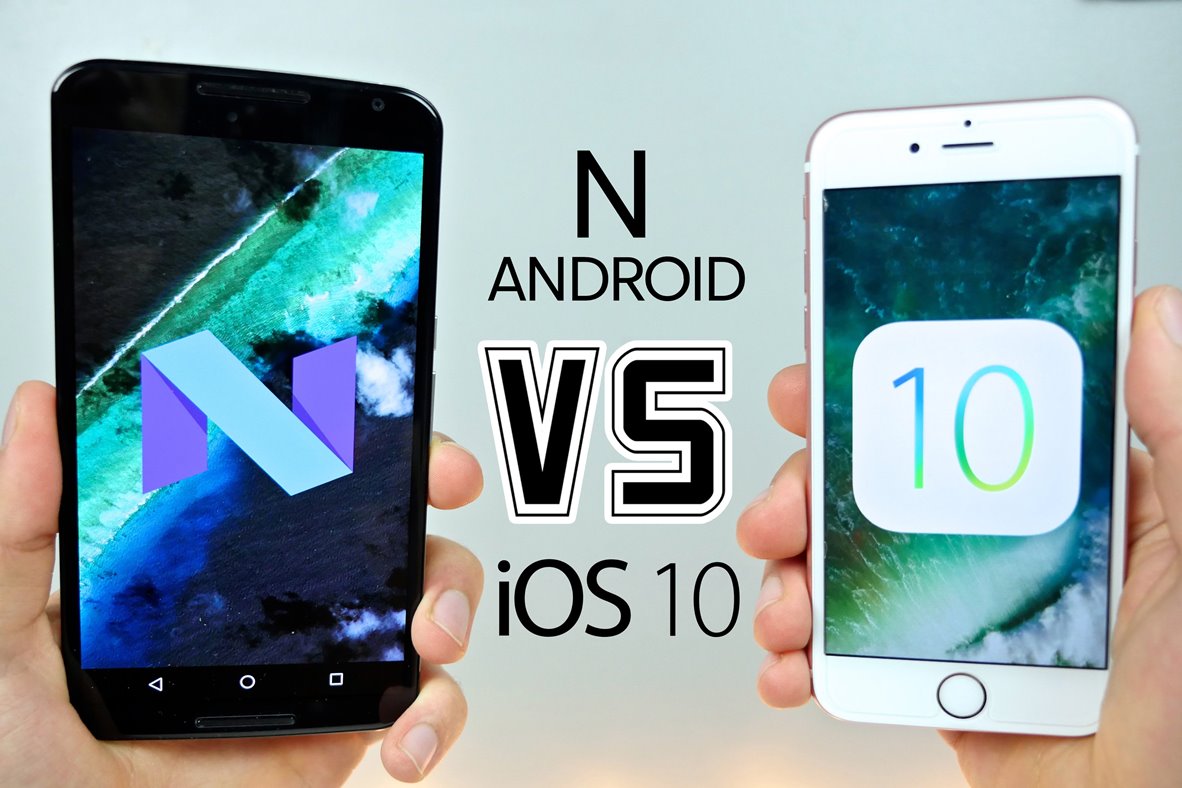 User Interface & Notifications:
While talking about the design aesthetics, neither Apple nor Google has totally reinvented their respective operating systems. In fact, both iOS 10 and Android Nougat can be seen achieving the similar design aesthetics as the other. To start with Android Nougat, the notifications have been redesigned. The new notifications are easy-to-read, have minimalistic borders, small fonts, adjust to the width of the screen, and can be tacked together on the basis of the app. In simple words, they resemble the iOS notifications.

However, iOS 10 has also taken cues from Android designs. It will be implementing the widgets differently, while not bringing them to the home screen. With 3D Touch, you can press on an app’s icon for a widget to appear, for example, current weather temperature widget. This enables iOS 10 to have home screen widgets while also keeping them mostly out of sight.

Deleting Stock Apps:
Both iOS 10 and Android Nougat now lets you delete some stock apps. Delete here means, hiding the apps instead of deleting them from your device. But remember, that both these operating systems at the same time do not allow you to hide all the stock apps – only some apps that Apple and Android device manufacturers allow you to.

Photo App:
The Photos app in iOS 10 has got major enhancements. The app now uses machine learning to identify people, places, and objects within your images and lets you search and sort images by those parameters. For example, your photos app can now identify which of your images have water in it. If you search by using terms such as lake or river, it will return with the pictures of lakes and rivers. Moreover, the photos app can now create an automatic slideshow of your favorite pictures. Well, that sounds familiar to what Google Photos app has been doing for about a year. But if you notice, both Apple and Google’s Photos apps have now been tied feature-for-feature.

Music Updates:
Apple Music app in iOS 10 has also gotten a massive makeover. It now has a more simplified and easy-to-navigate interface. This is to encourage people to give the Apple Music streaming service a try. But the Play Music app on Android is still better because it is built around both streaming and individually downloading songs, which means it really cares for the music fans no matter how they like to listen to their tunes.

The Final Verdict:
To determine, who wins the new OS battle, it will safe enough to say that iOS 10 is bringing more features and enhancements as compared to Android N. But overall, both operating systems have features closer to each other than ever before.

Which one do you think will win the mobile battle – iOS 10 or Android N? Let us know in the comments below.
This blog is listed under Development & Implementations and Mobility Community
Share this Post:
1
Was the blog helpful?
Related Posts: