What Is A Managed Switch?

Actually, a managed switch is a switch that allows access to one or more interfaces for the purpose of configuration or management of features such as Spanning Tree Protocol (STP), port speed, VLANs, etc. It can give you more control over your LAN traffic and offer advanced features to control that traffic. For example, the FS S5800-48F4S 10GbE switch, supporting MLAG, VxLAN, SNMP, etc. 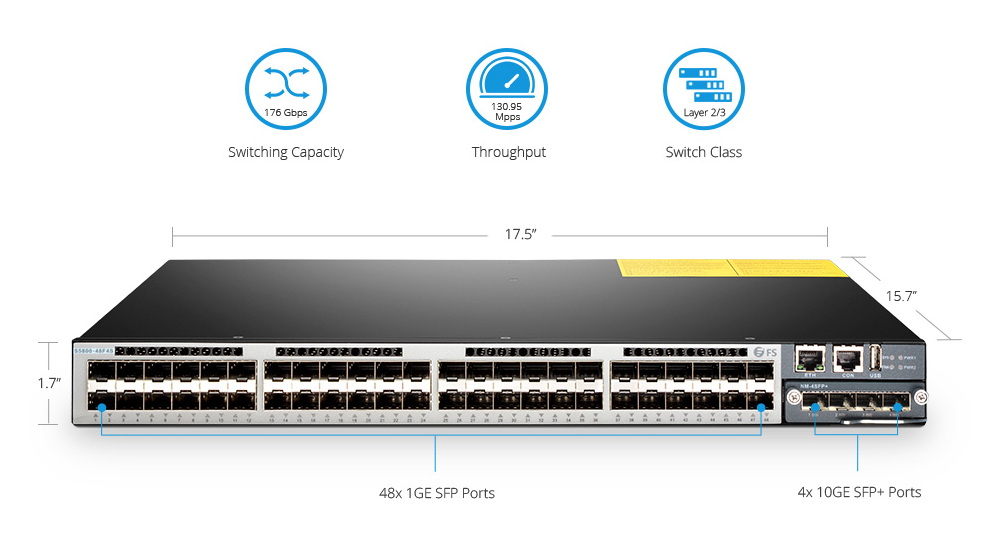 On the contrary, an unmanaged switch just simply allows Ethernet devices to communicate with one another, such as a PC or network printer. It is shipped with a fixed configuration and do not allow any changes to this configuration.

Advantages of A Managed Switch

What Is PoE? Why Should You Use A Managed Switch With PoE?

Actually, PoE means power over Ethernet. The main advantage or feature of PoE is delivery of data and power at the same time over one Cat5e or Cat6 Ethernet cable. It ends the need for AC or DC power supplies and outlets. What’s more, a remote installation costs less than fiber as no electrician is required.

PoE is not recommended for sending network data over long distances, or for extreme temperatures unless industrial designation is present. It is often seen to be used in a Gigabit Ethernet switch, and it is mainly used with IP cameras, VoIP phones and WAP (wireless access points). These are the reasons why you should use a managed switch with PoE. Here, let’s take FS 8-port Gigabit PoE+ managed switch as an example. 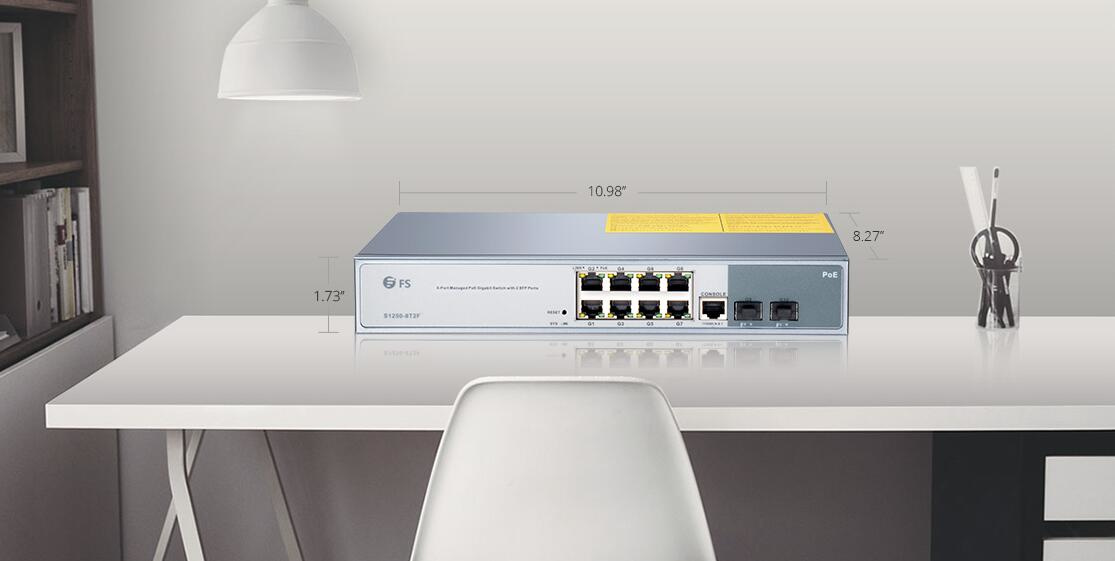 The FS 8-port Gigabit PoE+ managed switch can offer you cost-effective and efficient PoE solution for business. As you can see from the following picture and video, if you need to connect to NVR for better surveillance network building or for IP camera consideration, such a managed PoE switch is an ideal choice. 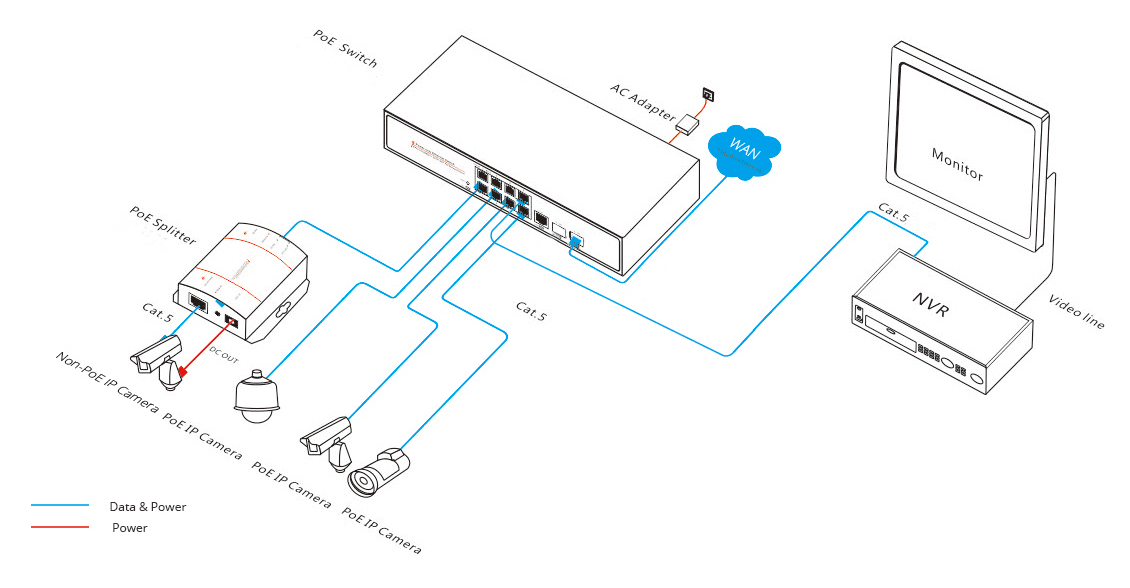 With all the illustration above, you may have a general understanding of what a managed PoE switch is and why you should use it in certain circumstances. A managed switch with PoE not only includes all the functions that a managed switch has, but also enables you to transfer data and power at the same time over one Cat5e or Cat6 Ethernet cable.

What's the Difference Between a PoE NVR and P...