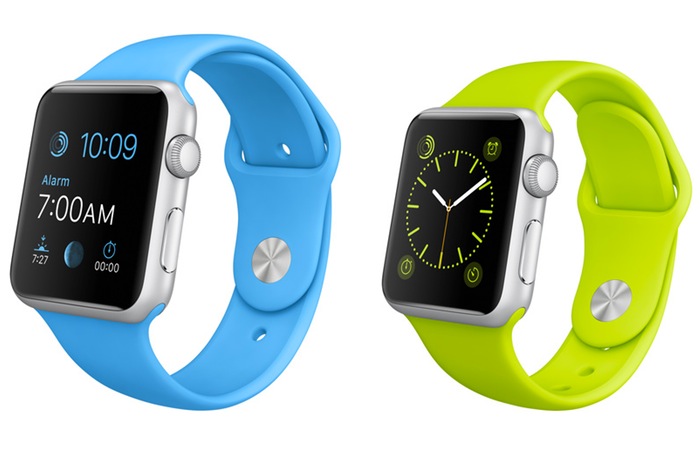 It's not with you. It's on you. Finally unveiled, a brand new wearable device Apple Watch for $349 was sold out during the very first minutes of online order day. The novelty allows its owner taking calls without getting the iPhone out of the pocket, as well as reading news, listening to music and posting updates in social networks.

The basic version, Apple Watch Sport, has a 38mm face. The larger face model with 42mm costs $50 more and stainless Apple Watch Sport has the price for $549. Additionally, Gold Apple Watch edition devices at a price of $10,000 were sold out during the online pre-order day within just an hour in USA and China. The possibility to purchase the device online is now available in 8 countries: Canada, Australia, China, France, Germany, Japan, Great Britain and USA.

Owing to the fact of a great demand for Apple Watch, the first orders will be shipped in April, however, the majority of buyers will have to anticipate their purchase not earlier that July or even August. At the same time, the Apple company resolved to avail a smart device at local Apple Stores only for try-on. The company resorted to such measure in hopes to put out the buyers from long hours of queuing up which is rather typical for when brand new Apple devices come out.

Speaking of the design, Apple Watch is available only in two sizes, but in millions of different designs of watch bands. The device is promised to work the whole day without charging. Besides, Apple Watch is featured with thousands of applications and Instagram. The main screen of Apple Watch is changeable upon the wish of the user, one of the options is classic Mickey Mouse theme.
The usability of Apple Watch device is varied as stated by thesis experts. Not only you can listen to music or make calls. There is a possibility to pay in stores using Apple Pay application. Besides, Apple Watch device can be used as a GPS navigator. In addition, a great advantage of having it on is that it's owner can read the information about health condition right from the screen. In fact, the official product tester Christy Turlington, recommends the watch for those who plan to train for marathons. In fact, the model tested the watch this year participating in half-marathon in Africa. As such, the Apple Watch product is not only a super-precise watch with a sapphire-faced screen. It works perfectly for athletes and those who need to constantly check their health condition.
This blog is listed under Development & Implementations Community
Share this Post:
0
Was the blog helpful?
Related Posts: