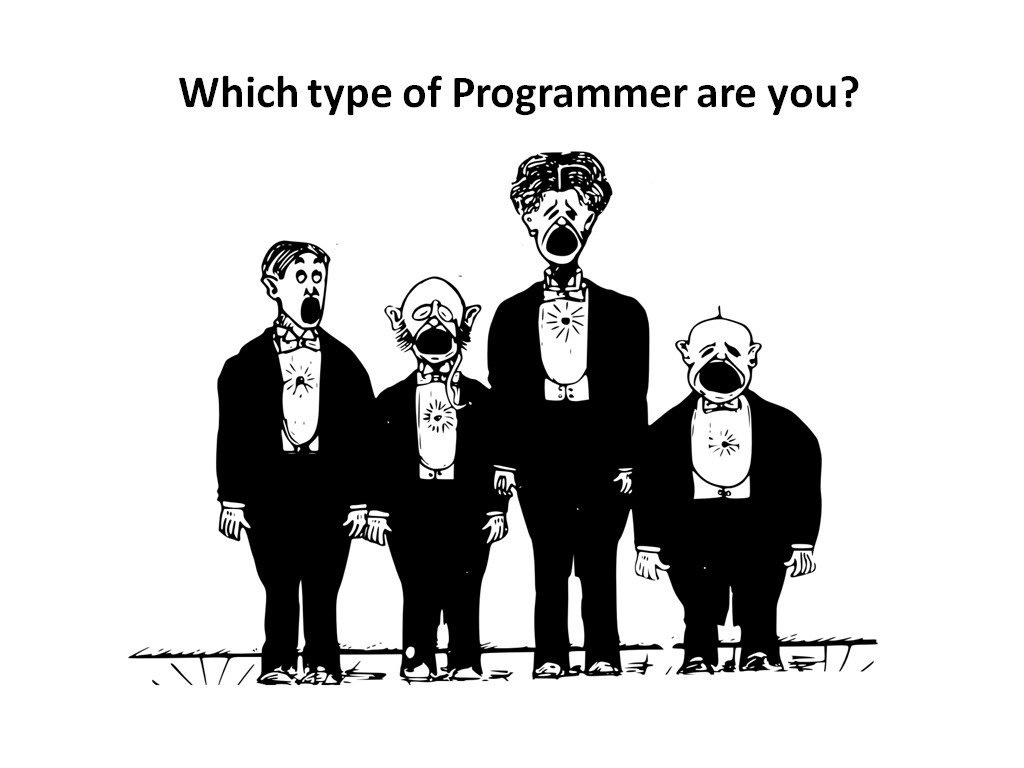 Computer programmers are the ones who write computer software, or codes, that tells computers what to do and in what order. Some programmers translate program codes into a very neat binary format which consists of 1's and 0's. The binary format is deemed to be the language of the computer and once it understands the binary codes, it will be able to run the program. The following are 4 different areas of programming in which Computer programmers may work, and some requiring a greater degree of technical skill than others.

Application programmers write programs for end users in an organization. They utilize their skills to alter and create software applications such as presentation software, word processors and spreadsheets. They also create programs specially catered for a particular business which would include accounting and inventory control. Application programmers normally script programs in high-level languages that are more similar to the English language than to the binary forms which a computer comprehends.

To build larger applications, application programmers may work in teams as they are assigned to different sections of the entire system. Such sections include researching and examining current systems, writing software manuals and product testing.

Application programmers are responsible for the execution of new applications which is to oversee that the changes from the testing stage is transferred properly to the production stage.

System programmers have higher technical expertise as compared to application programmers as they have to be particularly skilled in writing binary codes, utilities and operating system software. A systems programmer have to assess both hardware and software systems and detect and solve problems. In an organization, they are in charge of ensuring the efficient running of the computer's system.

A systems programmer is also frequently regarded as a software engineer.

Game programmers write codes for console and computer games. Similar to system programmers, game programmers write low-level binary codes to allow their programs to run quicker and more efficiently. Using a set of game development tools, they are required to know how to use data structures which includes linked lists and binary trees.

Through plotting and coding, programmers have to install the logic of the game to make it sensible, fun and interesting.

Game programmers are said to have very high technical expertise as they are responsible for coding the graphics of a video game as well as the artificial intelligence of the video game characters.

Web programmers or developers are in charge of constructing and designing websites while adding the various complementary applications in them. For instance, if a client requires a site to be able to process sales merchandise orders, web programmers have to code and mark up such technical aspects into the site. Web programmers may also apply more complicated codes such as Python or C++.

With the numerous numbers of online hackers present, Web programmers have to raise defenses to protect their programs. As such, a web programmer does have a strong grasp on information security.

A web programmer's objective is to ensure the sites and the applications they've made are both feasible and functional.

For Jobs related to the above roles in your location, please visit the following links

Safety Tips for College Students: How to Alwa...