Take me to MyPage
I'm not curious
SKIP>>
We built MyTechLogy for you
Help us to help you.
Share your expectations and experience to improve it.
Please enter your feedback.
Thank you for your feedback!
Click here to continue..
Thank you for your Feedback
Your feedback would help us in sending you the most relevant job opportunities
You are here: Home / IT Blogs / IT Blog View
The tradition of aerial photography goes back decades. In the year 1858, it was first introduced by French photographer and balloonist Gaspar Felix Tournachon. With the passage of time, and with new advancements made in technology, several flying devices such as airships, planes, helicopters etc. came to be used for taking aerial photographs. However, one of the major concerns that made aerial photography with any of the aforementioned devices a challenge was the requirement for pilots and passengers for the devices to operate, and the need for elaborate flight preparations. The huge expenses involved in the process of aerial photography with any of these flying devices made it quite an apprehensive one. 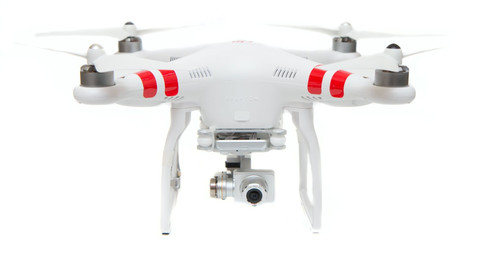 However, in recent years, aerial photography has witnessed dramatic changes, and has been taken to amazing heights, with the advent of little flying machines called drones, which do not require pilots or fuels to operate. Already kicking into warp speed, drones are nothing but small-sized unmanned flying vehicles that operate either autonomously by on-board computers or by a remote control on the ground.

With high-end and sophisticatedly designed drones, aerial photography is reaching superb heights. Owing to their ease of use, and the capacity to capture breathtaking images and videos, drones are gaining new and innovative applications in a number of industries. Unique civilian uses are emerging for the unmanned aerial system, some of the most reputed ones being military and intelligence applications such as targeted assassinations and aerial surveillance.

While today, it is only the government agencies and a few public universities and private companies who hold FAA permits to fly private drone camera helicopters, the Federal Aviation Administration is all set to allow more commercial drones to fly in the sky. Around 7,500 small machines resembling model airplanes are expected to fly in the air by 2020. So what exactly these drones are expected to do? Here is a list of significant civilian areas where these unmanned aerial vehicles are already functioning with utmost efficiency:

With a drone, aerial photography is all set to move to a completely different level. However, one of the important things that need to be made sure is that the right device is used for each specific purpose.

This blog is listed under Development & Implementations Community
Share this Post:
2
Was the blog helpful?
Related Posts:

AI and Its Impact On Humanity

Joining the dots between robotics and cloud c...