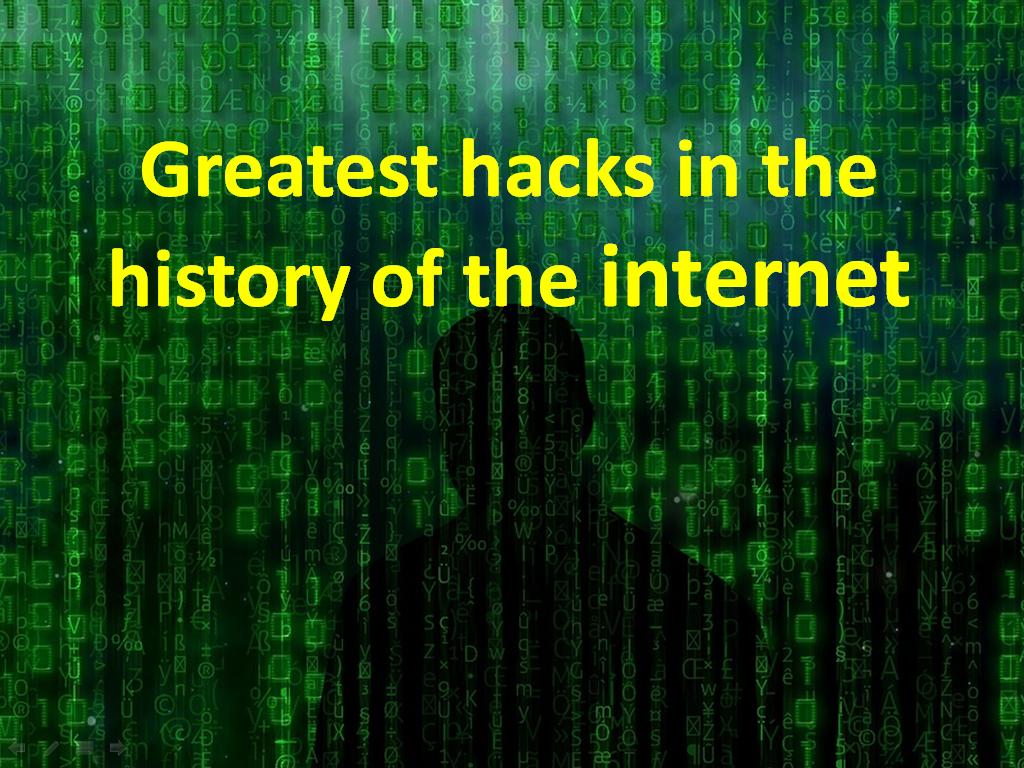 In this modern era, global connectivity has brought us accessibility and convenience that has been an essential part of our lives. But our personal lives have also been invaded, with personal data and finances being even more vulnerable to the internetâs ever-developing accessibility. Data storage platforms may set strong security systems in place, but every solid defense has a chink in its armour.
I think hacks on well protected computer systems resemble the story of the ancient city of Troy. A powerful and thriving city that has built up strong walls of defense, only to be burnt to the ground by a single computer genius whom has developed a wooden horse in the form of a malicious software or a virus.
Throughout history, there have been many infamous and shocking hacks. Many stole millions of dollars while others hacked into sensitive National Security systems. Here are the top 5 greatest hacks in history.
1) Albert Gonzales
Between the years of 2005 and 2007, Gonzalez and his gang of IT misfits applied SQL injections and sniffers to retrieve private computer data from large corporate networks. He went on to steal an astonishing $170 million from ATM accounts and credit card numbers from massive companies including TJ Maxx, Dave & Busters, DSW and BJs wholesale club. Gonzalez was also responsible for breaching the records of the Heartland payment systems back in 2008.
In 2009, he was eventually caught and was ordered to give a payout of a whopping $200 million for compensation and damages. He was then handed a very stiff sentence of 20 years in prison.

Fun fact: The court were chuckling when Gonzalez told the judge in his defense he was working undercover for the Secret Service when he committed the crime.

2) Jonathan James
Back in 1999, a young high school teenager by the name of Jonathan James single handedly hacked into arguably one of the most protected database in the entire world. The United States Militaryâs Defense Threat Reduction Agency. Jonathan, who used an alias as c0mrade, installed a backdoor software and stole numerous classified emails and software that cost up to $1.7 million.
Jonathan also infiltrated into the NASA database and installed a sniffer to steal important software including the life support code from NASA that is needed to control the humidity and temperature for space engineers living in space. Nasa had to shut their sophisticated computer systems for 3 weeks to set repairs.
James was eventually caught in 2000, and was sentenced to 6 months of house arrest since he was still a juvenile. In a bitter twist of fate, the promising but misguided young genius committed suicide in 2008.

3) Astra (real name was not disclosed by the authorities)
Throughout the years of 2002 to 2008, an unknown Greek mathematician hacked into the database of Franceâs Dassault group. Astra, a Sanskrit word for weapon, spend 5 years stealing valuable weapons technology data and 3D modeling software. Astra then sold the data to close to 300 people from all over the world including the Middle East, Germany and South Africa.
The Dassault group started a global manhunt for the hacker and Astra was eventually caught in 2008. The data Astra stole was worth up to $360 million. Astra was sentenced to 6 years imprisonment and till this day little is known about the identity of the hacker.

Your security system is crap, I am solo. A system administrator from Scotland wrote this exact quote in the United States Military network after hacking through 97 computers from the U.S armyâs network, and the NASA Database from February 2001 to March 2002. Interestingly, his hacking was done within the comfort of his girlfriendâs auntâs house in London.

McKinnon installed viruses and deleted critical files from the militaryâs operating system, causing the U.S army $700,000 worth of damages. The American court issued an extradition order for McKinnon to serve his punishment which he could serve up to 60 long years in prison if convicted of the charges against him.

Now, hereâs the brilliant part, McKinnon claimed that he did all the hacking to search for information related to UFO activity cover-ups.

Dubbed as the Godfather of hacking, Mitnick started hacking back in 1979 till his eventual arrest in 1995. His hacks consists of trivial acts including infiltrating the Los Angeles bus transfer system to get free rides and manipulating phone companies to make free calls. Besides trivial acts, he has done major hacks at major firms like IBM, Motorola, Nokia, Fujitsu as well as hacking through the Pentagonâs system.

The amount of information that Mitnick accessed was worth over millions of dollars. Mitnick mastered an early form of computer engineering in order to successfully execute his hacks.

He was finally arrested in 1995, after 16 years of hacking. He served a sentence of 5 years in jail including 8 months of confinement.

After his release, Mitnick has started his own computer security firm and is now a successful Security consultant as well as being an author of his own book.

Well, who wouldnât want him to set up their computerâs system defenses?

Thatâs my take on the most prevalent hacks in history. Everyday there are many who attempt to test the system and get their hands on very secretive and lucrative data.

Who knows? Yours could be next.

If youâve known a few high profile hacks, do share with us by leaving a comment below!
This blog is listed under Development & Implementations , Data & Information Management , Networks & IT Infrastructure , IT Security & Architecture and Quality Assurance & Testing Community
Share this Post:
3
Was the blog helpful?
Related Posts: