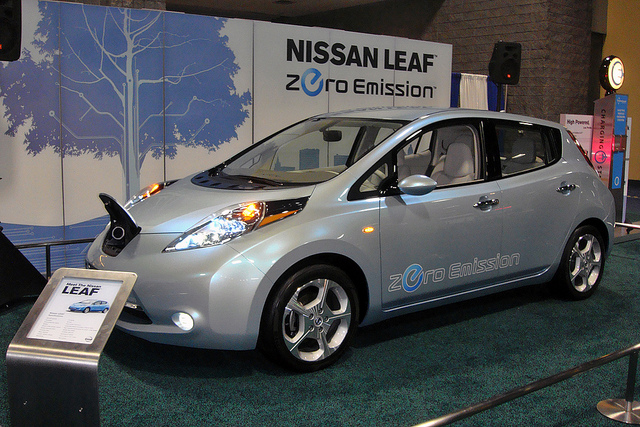 Given that the price of petrol and diesel seems to rise and never really fall to a significant amount, carmakers are keen to come up with alternative technologies to power their vehicles that are more affordable to consumers. One such way, which also happens to be eco-friendly, is with electric car technology.

Electric cars arenât a recent innovation. In fact, the worldâs first electric cars were available for purchase back in the late 19th to early 20th century, but because cars powered by petrol engines were cheaper to buy and quicker to refuel, this green way of motoring became lost in obscurity.

There have been revivals of interest during the energy crises of the 1970s and 1980s, and then again during the 1990s, but nothing much was developed (in a technological sense) until only a few years ago when the global economic recession occurred, spurring companies to come up with more economical vehicles.

Many people believe that electric cars cost a phenomenal amount of money in comparison to even the most fuel-efficient petrol and diesel powered vehicles. But are those beliefs true? Well yes and no is the answerâ¦ Let me explain.

Cars come in all different shapes and sizes, and so the cost will vary significantly from a small hatchback to a large, luxury 4x4 vehicle for obvious reasons. The same is true with electric vehicles - just take a look at this small price and size comparison to see for yourself:

As you can see, they arenât they much more expensive than equivalent cars powered by fossil fuels. There is also a -£5,000 government grant available to those buying brand new electric cars, although most advertised prices include those grants.

Charging stations can also be installed at your home free of charge regardless of where you buy your car from thanks to an initiative between British Gas and the government. The only other thing you would have to pay for besides the cost of the car is the lease for the battery or batteries; these prices vary depending on size, and the carâs make and model.

With innovations in battery technology, the range of a vehicle powered solely by the battery and electric motors has increased to more respectable levels; the Nissan Leaf for example offers a range of 124 miles before needing a recharge.

Carmakers have also created whatâs known as plug-in hybrid cars which also contain a small petrol or diesel engine, which are used to either recharge the battery on the go or provide a power backup in case you run out of juice. Because these fossil fuel-based engines are highly efficient, they tend to have little in the way of CO2 emissions.

If you are thinking of buying an electric car, you should contact the experts over at the West London Motor Group to get a car suitable for your needs.
Proofread
This blog is listed under Development & Implementations and Industry Specific Applications Community
Share this Post:
1
Was the blog helpful?
Related Posts: