Take me to MyPage
I'm not curious
SKIP>>
We built MyTechLogy for you
Help us to help you.
Share your expectations and experience to improve it.
Please enter your feedback.
Thank you for your feedback!
Click here to continue..
Thank you for your Feedback
Your feedback would help us in sending you the most relevant job opportunities
You are here: Home / IT Blogs / IT Blog View
A wireless bridge is a device used to join two physically separated wired networks. Generally one uses two wireless bridge devices, one on each side of the bridge, each connected to a separate wired network.
It is uncommon to find a device that can only operate as a wireless bridge. In most cases, one finds devices that can operate as wireless access points, wireless repeaters or wireless bridges. The ZyXEL WAP3205 is one good example of one such multi-functional device. Some manufacturers, however, sell devices that can only function as bridges. Often such devices will have more straightforward setup procedures. One such dedicated bridge is the Cisco-Linksys WET610N Wireless-N Bridge. 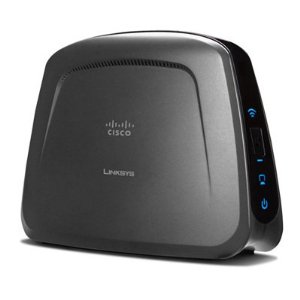 A wireless bridge is used for a home or workplace with at least two independent LANs that need to be connected. Often the LANs can be far enough apart that an ethernet cable installation is inconvenient, but still within the latest WiFi range extender for 2017 of each other. In such cases, a wireless bridge device connected to each LAN can bridge the gap and join the LANs together. In some cases though, for example, if all the devices in one LAN have wireless capability, a wireless repeater may be an easier solution.
What to look for in a Wireless Bridge
The most important features to keep in mind when looking to buy a wireless bridge are compatibility, range, and ease of setup:
This blog is listed under Networks & IT Infrastructure and Hardware Community
Share this Post:
0
Was the blog helpful?
Related Posts:

Bridge vs. Switch: What's the Difference