Take me to MyPage
I'm not curious
SKIP>>
We built MyTechLogy for you
Help us to help you.
Share your expectations and experience to improve it.
Please enter your feedback.
Thank you for your feedback!
Click here to continue..
Thank you for your Feedback
Your feedback would help us in sending you the most relevant job opportunities
You are here: Home / IT Blogs / IT Blog View
What Is Bridge?
Bridge, known as network bridge, is a network interconnection device used to connect two or more local area networks. It is responsible for network bridging, which receives and amplifies signals from a network cable, and then sends them to the next cable. Normally, it connects multiple network segments of the network at the data link layer (OSI model layer 2).
What Is Switch?
A switch is a network device used for electrical or optical signal forwarding. It provides an exclusive electrical signal path for any two network nodes that access the switch. It has multiple ports, each with a bridge function that can be connected to a LAN or a high-performance server or workstation.
The most common switch is an Ethernet switch, such as gigabit ethernet switch and 10gb switch. It connects multiple devices, such as computers, servers, or game systems, to a Local Area Network (LAN). Small business and home offices often use Gigabit switches to allow more than one device to share a broadband Internet connection. In addition, as one type of the Ethernet switch, fiber switch is also commonly used 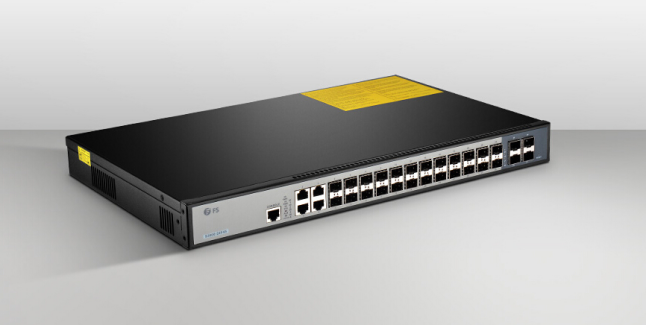 Bridge vs. Switch
Actually, there are many differences between bridge and switch.
Firstly, a bridge can connect fewer LAN, while a switch can connect more networks compared to the bridge.
Bridge in networking connects two similar networks and manages the flow of network data. It works at the data link layer, which not only extends the distance or range of the network, but also improves the performance, reliability, and security of the network.
Switch in networking can perform data transmission between multiple port pairs at the same time. Each port can be regarded as a separate physical network segment, and the network devices connected to it can enjoy the full bandwidth by itself, without competing with other devices. When node A sends data to node D, node B can send data to node C at the same time, and both of these transmissions enjoy the full bandwidth of the network and have their own virtual connections.
Secondly, most bridges have only 2 or 4 ports. A switch can have hundreds of ports.
Thirdly, bridge has three types, simple bridge, multiport bridge and transparent bridge. However, switch is divided into store-and-forward switch and cut-through switch.
Last but not least, bridges do not have buffers while switches have. Thus, switches perform error checking which bridges don’t perform.
In fact, switches are sometimes referred to as multi-port bridges and have faster forwarding capability because bridges are software based while switches are hardware-based and use chips (ASICs) when making forwarding decisions, which makes them much faster than bridges.
Conclusion
It is apparent that both bridges and switches in computer networks are of great importance. However, they differ from each other in certain way. The function of a switch normally reflects a collection of multiple bridges working together, which creates higher bandwidth, faster forwarding capability and greater efficiency.
Original Source: http://www.fiberopticshare.com/bridge-vs-switch-whats-the-difference.html
This blog is listed under Networks & IT Infrastructure , Gadgets and Hardware Community
Share this Post:
0
Was the blog helpful?
Related Posts:

What Is Layer 3 Switch?

How to Set up a Network Switch With a Router?

What is a Wireless Bridge?