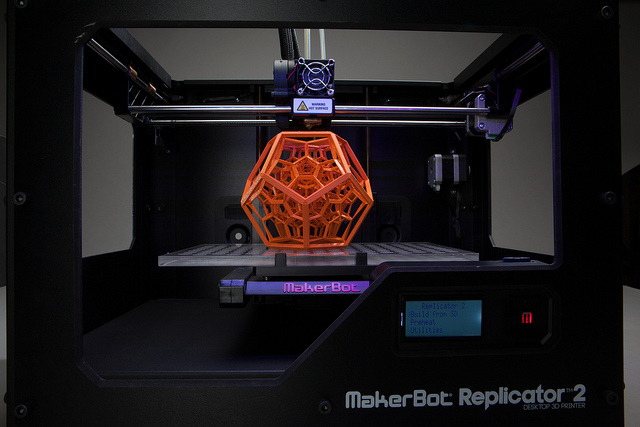 3D Printing has been hailed as part of the 4th industrial revolution and future changing technology but how much can we expect to realistically change with this disruptive tech? The innovation is penned as one of the biggest technology breakthroughs of the 21st century and it is spreading through a range of industries at an accelerated rate but is 3D printing just a fad or here to stay?

Everything will be customisable, 3D printer manufacturers have said this repeatedly but it there a demand for everything to be customisable? It’s not been impossible for this to be done prior to the release of 3D printers across the world but somehow this has become a selling point for the purchases of 3D printing. This may be more to do with quick customisation rather than the ability to customise at all, time is often the biggest factor and though there are a lot of legitimate ways that impact a business positively, it may not be the be all and end all of technical innovation.

Prosthetics are undoubtedly and indisputably a massive plus for anyone who has lost or hasn’t got full function of a limb, especially children. However the the 3D printing of organs is a long way off yet, though the printing of several other potentially life improving options.

Do stupid things faster with more energy. That’s actually caffeine however, there’s legitimate concern that because of how easily accessible 3D printing is, less care is being taken in the run up to the creation of the product because ‘it can just be redone again’ being able to reprint designs means that pressure is put on to create something tangible and holdable with every concept. Undeniably though this concept has sped up the amount of time needed to either make things from alternative materials or to wait for a supplier to fill the gap. This will grow the economy quicker but possibly have a knock on effect on suppliers who are unable to compete with the speed of on-site 3D production. Property Rights

Not much thought has been put into copyright when it comes to 3D Printing, as soon as a design has been uploaded (whether copied from an already existing product or not) it is quite hard to control the reproduction of it. Eventually 3D laser scanners could provide the demands of people who wish to instantly copy or re-print anything they wish. This means that 3D printed products, as much as they have the wow factor now, will probably flood the market in flash fad sales then move onto the next trend. With the possibility of anything being copied or replicated how will this effect copyright in future and will we see a rise in copyright issues?

3D Pop up shops may be able to provide services that disrupt the market and take funds away from original suppliers who rely on repetitive business from replacements or upgrades. I.e if a part breaks on an appliance you would normally contact the supplier to replace it but this could change the game for those business. These stores will also be able to print designs straight downloaded from the internet with no real legal constraints over the designs supplied by customers. Again another issue potential issue for copyright.

Overall 3D printing is here to stay but it does not come problem free, in fact the technology brings with it a range of market disruptive issues and legality problems.
This blog is listed under Industry Specific Applications Community
Share this Post:
0
Was the blog helpful?
Related Posts:

Getting into Your First Artificial Intelligen...