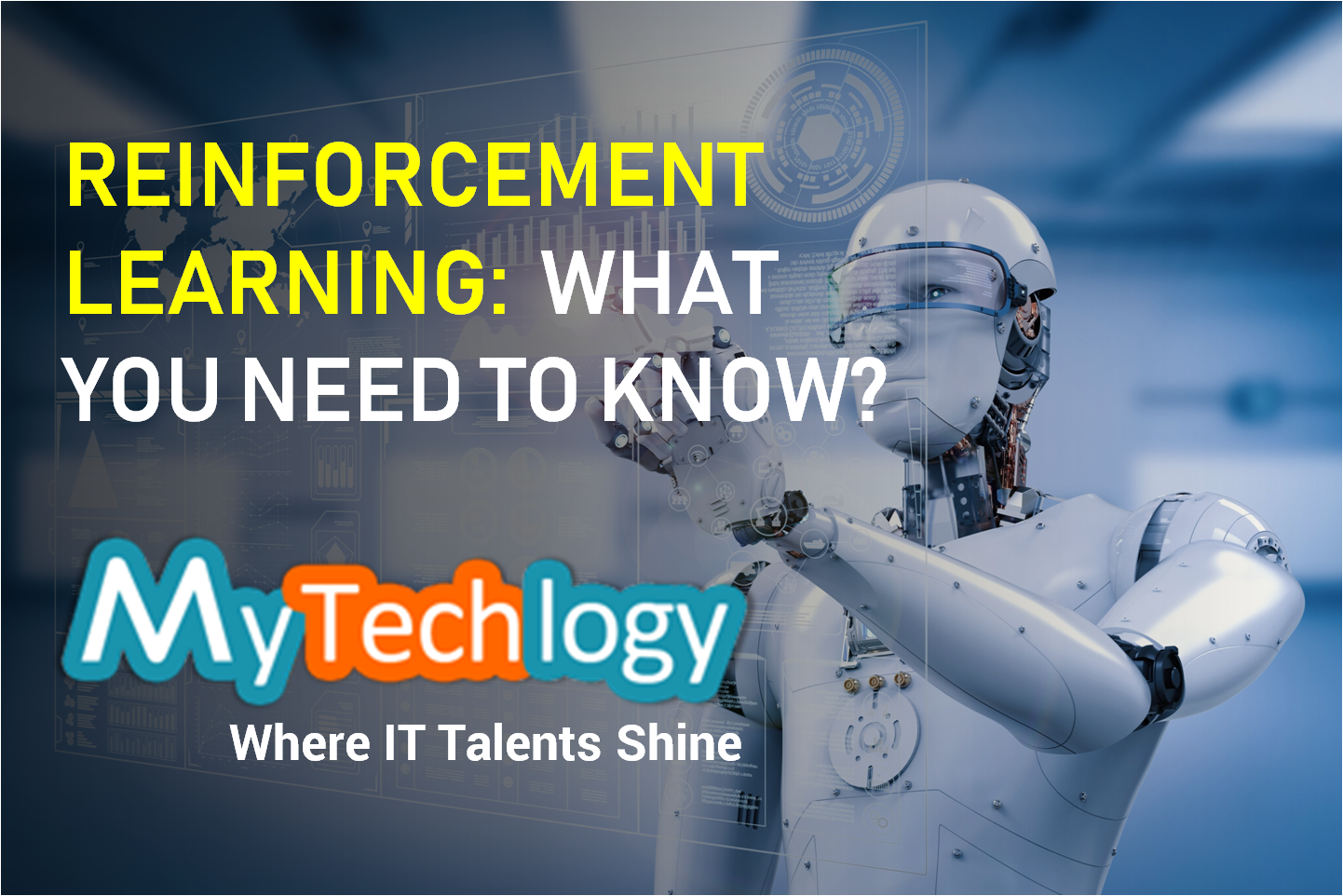 A brief about Reinforcement Learning
Consider teaching a dog a new trick: you cannot tell it what to do, but you can reward/punish it if it does the right/wrong thing. It has to figure out what it did that made it get the reward/punishment, which is known as the credit assignment problem. We can use a similar method to train computers to do many tasks, such as playing backgammon or chess, scheduling jobs, and controlling robot limbs.

This approach is called Reinforcement Learning.

Reinforcement learning is the problem of getting an agent to act in the world so as to maximize its rewards.
Reinforcement learning copies a very simple principle from nature. The psychologist Edward Thorndike documented it more than 100 years ago. Thorndike placed cats inside boxes from which they could escape only by pressing a lever. After a considerable amount of pacing around and meowing, the animals would eventually step on the lever by chance. After they learned to associate this behavior with the desired outcome, they eventually escaped with increasing speed.
Over the past few decades, there were few milestones and the latest being in March 2016, when AlphaGo, a program trained using reinforcement learning, destroyed one of the best Go players of all time, South Korea’s Lee Sedol. The feat was astonishing, because it is virtually impossible to build a good Go-playing program with conventional programming. Not only is the game extremely complex, but even accomplished Go players may struggle to say why certain moves are good or bad, so the principles of the game are difficult to write into code. Most AI researchers had expected that it would take a decade for a computer to play the game as well as an expert human.
Usage of Reinforcement Learning?
The possible applications of Reinforcement Learning are abundant, due to the genericness of the problem specification. As a matter of fact, a very large number of problems in Artificial Intelligence can be fundamentally mapped to a decision process. This is a distinct advantage, since the same theory can be applied to many different domain specific problem with little effort.
In practice, this ranges from controlling robotic arms to find the most efficient motor combination, to robot navigation where collision avoidance behavior can be learnt by negative feedback from bumping into obstacles. Logic games are also well-suited to Reinforcement Learning, as they are traditionally defined as a sequence of decisions: games such as poker, back-gammom, othello, chess have been tackled more or less successfully.
Industries that are powered by Reinforcement Learning applications
Demand for Reinforcement Learning?
According to an research done by Chinese tech firm Tencent to estimate the number of A.I. professionals currently in the market, it estimates that there only 300,000 worldwide, but companies want millions more. The United States, China, Japan, and a handful of other countries are in an aggressive race to train more talent, with more schools teaching machine learning and other A.I. aspects.
While Reinforcement Learning may take 1 - 2 year to cross the Chasm, it’s time for you to master the skill and get ready for better career prospects.
Basic Skills Required

Career Advice From Machine Learning & Data Science Experts
There is no one size fits all solution. Your situation could be different (educational background, experience etc.), this is where experts and mentors from Machine Learning & Data Science field understand your profile better and guide you in the right path.
Like what Suzy Welch says "Your mentor doesn't need to have seniority over you." A mentor just has to do something better than you do.
Here are some of the experts who are willing to help you achieve your career goals. They conduct a personal one–to–one over Skype and discuss your profile and areas for improvement.

Resources for further reading on Reinforcement Learning
Read the following resources for practical implementation and examples of reinforcement learning
This blog is listed under Development & Implementations and Data & Information Management Community
Share this Post:
2
Was the blog helpful?
Related Posts: