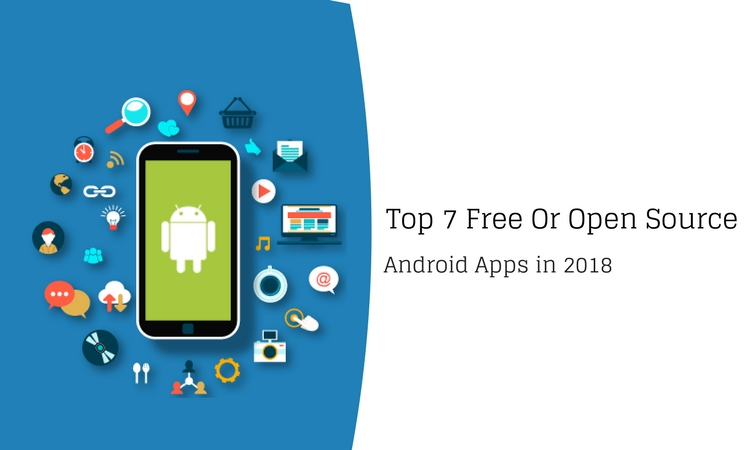 Smartphones have become paramount to our lives, and we are yet to treat them with the vigilance as other essentials. Instead we, occasionally, with a wanton disregard fill them by installing willy-nilly apps. Indubitably, the openness and ease-of-installation make it undoable to scrutinize each and every app; let alone the technical difficulty, which piles up extra toils in installation. Nonetheless, a class of apps under an open source license still exists that simplifies what gets installed on your smartphone. Before we dig into the kinds of open-source android apps available in the market, let us comprehend why we need them at first place.

Bugs-the most common issue contained by every app out there on the open source platform. No matter how well the android application development is applied, an app will always have some vulnerability. With bigger communities comes high scrutiny, and as open source android apps allure maximum users, it also attracts communities and repositories that offer an implicit guarantee to make these app ultra-secure and safe.

The immortality of open-source apps makes them one of their kind! How many of us have experiences being smitten by apps that are abandoned after a certain time period; maybe because of the lack of resources for further improvements? Probably everyone! Open-source apps, on the other hand, are backed-up regularly as anyone can take up the torch and pass it on to ensure the integrity is maintained throughout the lifetime.

None other than the word 'Flexibility' can define the purpose of an open-source app. Developers can pick up right from where the app is left, and users can continue enjoying for as long as they want. You install an open-source app as and when you like.

Since your attention is garnered towards the possibilities and opportunities an open-source app brings, let us focus on the apps that are available for you to use free of cost.

Ever heard about dark or deep web? More than 90% of the information present on the internet isn't indexed by search engine bots, which is called the deep or dark web. Internet users can access that using Tor-a network that makes you anonymous for searching everything or anything available on the web. Similar to Tor, Orbot provides an anonymity cover to Android users. Incepted in 2008 by Tor Project, Orbot offers you an app called Orfox, which borrows its source code from Tor Browser to provide you an open-source web browser.

You might be familiar with the name Firefox, a popular web browser installed on desktops. Looking at the growing smartphone users, Mozilla came upon Firefox for Android devices with its Firefox 54 version, which allows users to pull up their searches using its open source app. Not only it improves the performance of the browsing sessions, but also bring multi-processing in your hands for better response.

Security is vital when you are using a phone to convey your messages via a chatbox installed on your phone. End-to-end encryption is what every user is looking for to ensure voice calls and instant messages sent aren't being tampered. Signal, an open-source app developed in 2014 diminished all possibilities of tinkered information. It enables end-to-end encryption on a smartphone, making all the data that flows on your smartphone secure and safe.

Though Google is a giant among search engines, the way it tracks all of your information has started to irate the users. What you search using Google will be compiled in its database, which then is analyzed as per the behavior and used as a medium to display advertisements. As much as people love looking at their favorite ads, it raises the concern of safety. Emphasizing on this concern, Duck Duck Go was introduced to internet users, which not only provides pertinent information but also keep people's previous interactions out of its database. This search engine is available for Android devices and is most likely to become the next big thing after Google.

Hardly will you find people who don't have a dime for Wikipedia content! Developed to provide internet users with the abundance of information, Wikipedia has become one-stop-solution to find an unbiased and neutral data for popular websites, people, companies, conglomerates, etc. Wikimedia, a development agency, designed an open source app for Android to offer Wikipedia content on mobile platforms. However, Kiwix designed even a better open-source android app, which allows users to access Wikipedia content even without any internet connection. That's right-you can access it offline, provided you have downloaded the ZIM file and copied it to your Android devices.

Intrusive adverts irk the smartphone users. On top of that, the frequent display is even more infuriating. AdBlock Plus is an open-source platform, which when installed on the phone can block all the irrelevant adverts on your Android device. Its earlier version was hideous to install and didn't even block adverts while using cellular data. However, the new, improved version is an easy-peasy when it comes to installation. Besides, it works on Wifi and cellular data as well to block unnecessary advertisements displayed on your phone at irregular intervals.

Another open-source, lightweight app, Amaze File Manager allows users to make use of multiple apps on their Android device to open media like videos, photos, audios, etc. Induced with AES Encryption for security, it quickly accesses history, bookmarks and can work on multiple tabs at the same time. It offers a root explorer for technically savvy users to quickly navigate between different media. Amaze File Manager also supports cloud services and has an inbuilt database, APK, text and ZIP/RAR reader.

The above apps are considered to be the best open-source apps currently available in the market, which you can use to secure, mobilize and advance your Android device. We would love to know some more open-source apps that you might have used in the past and have found them really worthy of your smartphones. Let us know in the comment section.

This blog is listed under Open Source , Development & Implementations and Mobility Community
Share this Post:
0
Was the blog helpful?
Related Posts: