What are the opportunities offered by ReFS and how can it be better than your current NTFS system? 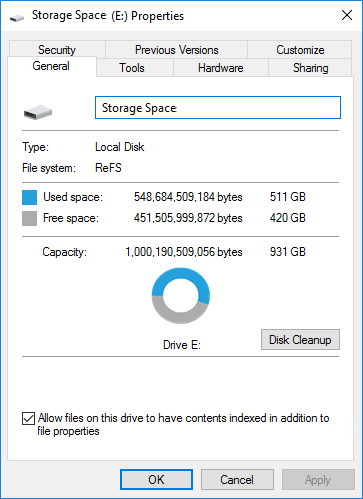 What is ReFS, After All?

It’s an abbreviation for Resilient File System, so ReFS is a new system based on NTFS. At the moment, ReFS is not offered as a replacement for NTFS for home users. This file system certainly has both advantages and disadvantages.

ReFS is meant to solve the main problems that NTFS encounters. It is more resilient to data damage, can handle heavy workloads better and is easily scalable for very big file systems. Let’s see what it means.

The file system uses checksums for metadata, and it can also use checksums for file data. When reading or writing a file, the system examines the checksum to make sure it is correct. In this way, data distortion can be monitored in real-time mode. 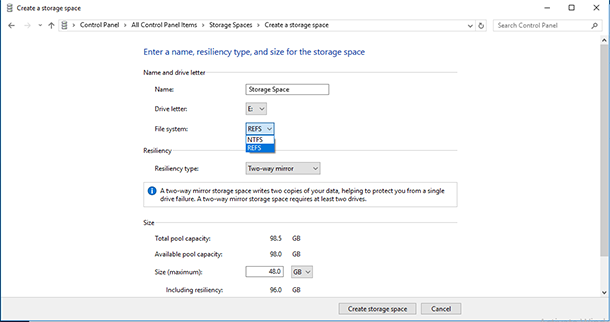 ReFS is integrated with the Storage Space function. If you set up a mirrored data storage, ReFS will help Windows to detect and eliminate file system errors by copying the necessary data from the other disk. This function is available both in Windows 10 and Windows 8.1.

If the file system detects damaged data which has no alternative copy for recovery, ReFS will remove such data from the disk immediately. In such case, you don’t need to restart the computer or disconnect the media, as required by NTFS.

You no longer need to use the chkdsk utility as the file system is corrected automatically the moment an error appears. The new system is also resilient to other cases when data becomes corrupt. When writing file metadata, NTFS does it directly. If there is a power failure or operating system failure during this process, the data will be damaged.

On the contrary, ReFS creates a new copy of data when editing metadata, and it connects the data to a file only after the metadata is written to disk. It excludes the chances for damaged data. This function is called copy-on-write and it is also available in other popular systems. e.g. of Linux type: ZFS, BtrFS, and in Apple APFS.

ReFS is Free of Some Limitations of NTFS

ReFS is newer and supports larger volumes and longer file names than NTFS. In the long-term prospect, these are important improvements. In NTFS, file names are limited to 255 characters, while ReFS allows up to 32768 characters in a file name. Windows 10 allows to disable the character limit for NTFS file systems, but it is always disabled for ReFS volumes.

ReFS no longer supports short file names in the format of DOS 8.3. In an NTFS volume, you can get access to C:\Program Files\ in C:\PROGRA~1\ to ensure compatibility with older software.

NTFS has a theoretical maximum capacity of 16 exabyte, while ReFS boasts the unbelievable 262144 exabyte. Though it does not matter much at the moment, computers are developing quickly.

Which File System is Faster, ReFS or NTFS?

ReFS was developed with ideas other than better file system performance in mind. Microsoft made ReFS much more effective than NTFS in certain cases.

For example, when used in combination with Storage Space, ReFS supports real-time optimization. Suppose you have a storage pool of two disks, one of them providing maximal performance, and the other larger capacity. ReFS will always write data to the faster disk thus ensuring maximal performance. In the background mode, the file system will move larger chunks of data to slower disks for long-term storage.

For example, ReFS supports block cloning which accelerates the process of cloning virtual machines and the operations in merging breakpoints. To create a copy of a virtual machine, ReFS only needs to write new metadata to disk and give a link to already existing data. It happens because in ReFS several files can be linked to the same basic data on the disk.

When a virtual machine writes new data to disk, it is written to another location while source data of the virtual machine are left on the disk. It speeds up the cloning process largely and requires lower disk transfer capacity.

ReFS also offers a new function of sparse VDL, which lets ReFS quickly write zeros to a large file. It makes creating a new empty file of a fixed-size virtual disk (VHD) much faster. In NTFS, this operation can take 10 minutes, while ReFS handles it within a few seconds.

Despite its many advantages, ReFS is not ready to replace NTFS yet. Windows cannot boot from an ReFS partition and requires an NTFS one. ReFS does not support such NTFS functions as data compression, encrypting file system, hard links, extended attributes, data deduplication and disk quotas. Unlike NTFS, ReFS can encrypt the entire disk with Bitlocker including system elements.

Windows 10 does not allow formatting a partition in ReFS as this file system is only accessible within the Storage Space. ReFS offers protection against damage for the data used in pools made of several hard disks. In Windows Server 2016, you can format volumes with ReFS instead of NTFS. Such volume can be used to store virtual machines, but the operating system can still boot from NTFS only. 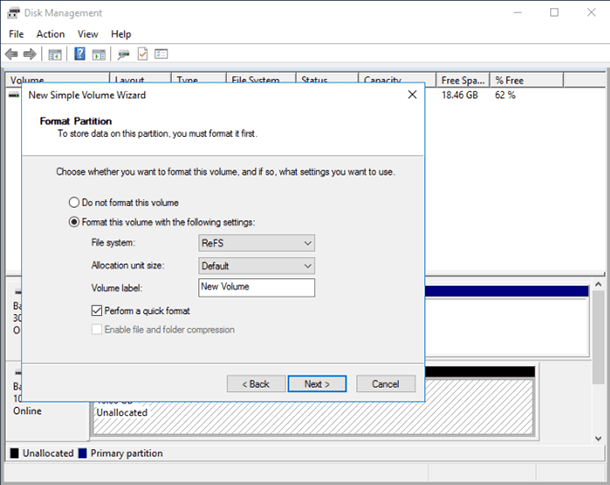 Hetman Partition Recovery allows analyzing the disk storage managed by ReFS file system with the signature analysis algorithm. Analyzing the media sector by sector, the program finds certain byte sequences and represents these to the user. Recovering data from an ReFS storage space is no different from doing it in NTFS file system: 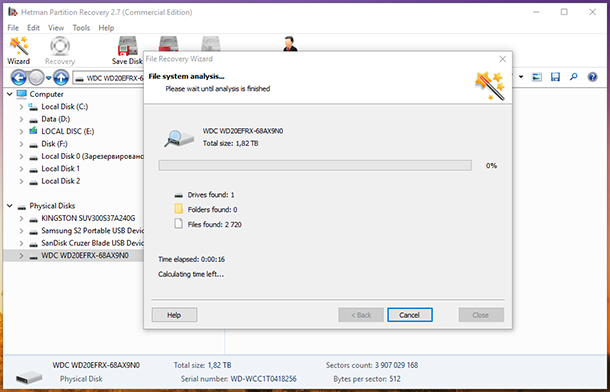 The future of this new file system is quite uncertain. Microsoft may enhance ReFS to replace the outdated NTFS in all versions of Windows. At the moment, however, ReFS cannot be used everywhere, and is applied for certain tasks only.
Source: https://hetmanrecovery.com/recovery_news/comparison-of-refs-resilient-file-system-and-ntfs-file-systems.htm
This blog is listed under Data & Information Management , Operating Systems , IT Security & Architecture and Server & Storage Management Community
Share this Post:
0
Was the blog helpful?
Related Posts:

What Is Data Recovery and How Does It Work

How To Recover Deleted Files in Windows 10 fo...

How To Troubleshoot Virus Infected Files And ...

Mobile Cloud Computing and Why You Should Ado...

Searching for Free Way to Convert OST to PST?...