Our current world is shaped by machines that help us performing certain actions in a more efficient way in our daily routine. And we got so used to them that probably can’t imagine our life without them.

They are meant to help us and compliment our work. However, some people get scared by the speed of increasing impact that they have. How is it possible that 30 years ago we didn't even have Internet and now we are starting to see autonomous cars? The innovations are turning more complex and it becomes hard to understand.

And in this article we will take a look at the topic of machines, their evolution, and human thinking. We will try to discuss who learns faster, a machine or an human?

If we want to compare two aspects with one reference, we have to clarify what that concept is about and how affects both sides.

Learning - is defined as changing the system´s state to produce an output based on objective functional goals.

Basically it is about having a problem, goal or objective, and being able to apply a different behaviour than before, in order to achieve it.

In order to learn we have to be able to realize that the previous practices that may have worked before, may NOT have any effect now. Therefore we have to find another ones to meet our goal.

Most of the people get stuck in the process of learning. They keep doing and performing over and over exactly the same actions, hoping to get different results. They hit the wall not once but twice and they don't realise that there is a need of change in their behaviour. The action they are doing may be working for other people or organisation, but it doesn't mean that it will be the same for them. On the other side, we have the people who when facing certain circumstances, have that willingness and motivation (and that is a key word here) to change and perform different actions.

How does a machine learn?

We have seen plenty of times that Chess game video where the computer losses over and over against one of the best player in the world and in the end… it finally wins. But, is it really Learning what it has done?

The way machines learn is a buzzword in the current innovation and technology industry. Companies have bombed us with thousands of videos and messages about Artificial Intelligence and what is it made of; Machine Learning and Deep Learning. All of them show us that the methodology that machines use to learn is kind of similar to human neurons. We ask ourselves, is it actually Learning what they do?

Many experts have state that machine and robots do NOT learn, besides, they actually replicate a task and perfectionate it. Given a specific task and past experience, a machine can work on it through a complex algorithm and make it perform better than before. But all of it is based on previous exercises. The key word here is create.

When you are learning, you are adding to your backpack certain tools that you did NOT have before. And you do that because of the motivation (another key point) of getting better.

Even though artificial intelligence is able to improve a given task/activity, it will never be able to create the motivation to do it by itself. Rather, it will work on given algorithm that tell it to do so. It is a human behind the computed machine that sets it to do it.

Computers can outperform humans on certain specialized tasks, such as playing [the game] go or chess, but no computer program today can match human general intelligence, says Murray Shanahan, Professor of Cognitive Robotics for the Department of Computing at Imperial College in London. Humans learn to achieve many different types of goals in a huge variety of environments. We don’t yet know how to endow computers with the kind of common sense understanding of the everyday world that underpins human general intelligence, although I’m sure we will succeed in doing this one day. - TIME

These are the Instructions that a machine follows:

As we can see in the picture, all those behaviours that drive the machine to improve are given previously by a human. There is no room for self-motivation and creation from the machines part. They just follow a path and methodologies and perform tasks millions of times faster than humans.

How does a human learn?

Remember when you were young and you were riding your bike all across your neighbourhood? Your parents would be always by your side paying attention to you just in case you were about to fall down. But only after falling down 10 times, crying and trying over and over again, you learn. No need of external help. Humans learn by mistakes, on the other hand machines learn by theory.

Yes, we can read millions and millions of books about how to - insert activity here -, but we will never be able to perform it 100% accurate until we put ourselves in a position of failure. Some people take 1 day to ride that bike perfectly on two wheels, other group may do it in 1 year! But we have to put it into practise in order to achieve and master it.

Redefining learning for a human is very important as well. For a machine, it will only work on it if you give it a task, experience and a goal. Human being have the capacity to learn without a goal. We can perform that task of learning, even if we do not have a clear goal. We do it by the sense of learning/improving and getting better in general. There is a motivation and creativity process on it.

The Question that we are trying to solve right here is very complex. I have been trying to simplify and divide it in order to make it more understandable.

Artificial Intelligence has the capacity to store millions of data in its system in just one snap of a finger and furthermore access it even faster and more accurate. Whereas humans take a lot longer.

For example, we give a book to our two implicates. Which one of them do you think will be faster in memorizing all the pages in the book and replicate it at loud in front of a crowd? Obviously the machine have come here to make our live simpler and easier. The machine outperforms the person in this task.

However, we do not judge who is the fastest on storing an amount of data, we call somebody intelligent when he or she is capable of listening, paying attention, analysing data, driving conclusions and always be willing to learn more. If you do not set a machine with a goal, it will not have that willingness to know more just for the sake of it. 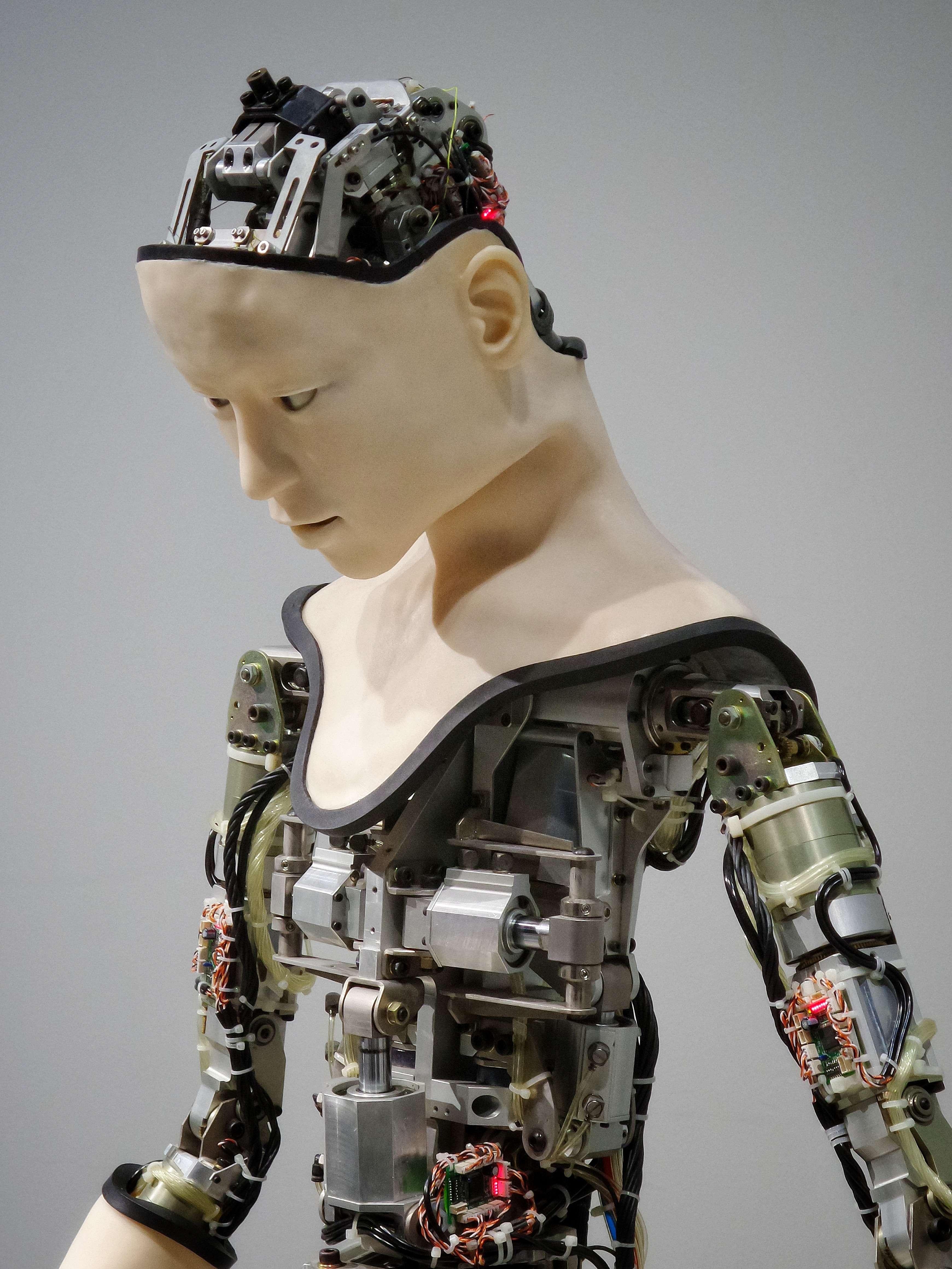