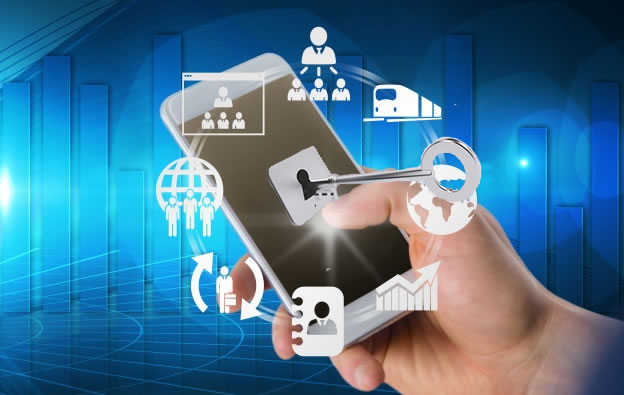 Data breaches have been happening everywhere. Big companies like Uber, , Verizon, WannaCry and even bigger ones like Google and Facebook have faced major data breaches in the recent past and after that, securing one’s data has now become a major concern. With every business taking a plunge into getting a mobile app developed for their enterprise, the need for securing the app from data breaches is going up.

If you are one of those business owners who is getting geared up to launch a custom enterprise app, are precautions that need to be taken when the app is in its development stage:

Add several layers of security in the code: An app will be able to keep all the data within it secure if the app code has several layers of security added it. The app code is what forms the base and structure of the ap. If the complete structure has been thoroughly secured, it would be difficult for hackers to break into the app for stealing data.

Data encryption: Any app will need to communicate with the server and send data to and fro. This is the weak point that hackers generally try to exploit. If the app is connected to the server through an unsafe connection, the data might not be securely transmitted. In such cases, if the data is encrypted, even if the data falls into the hands of the hackers, they will not be able to misuse it as they would need a decryption key to decrypt it.

Steer away from APIs: APIs are obviously the need of the day but they are passageways for hackers to get in as well. So, when APIs are picked for the app, they have to be and if they are not, there are chances that they are loosely coded. Such loosely coded APIs can provide access to hackers and thereby facilitate a data breach.

Conduct a lot of tests: In most cases, an app faces a data breach not through brute force attacks but by exploiting minor loopholes that go unnoticed by app developers during the development stage. This can be prevented by conducting several tests on the app repeatedly to ensure that there are no loopholes left behind for hackers to exploit.

Create a secure backend: Backend is often ignored when it comes to securing the app. This acts like a that lets in hackers into the app. So, it is essential that you make sure that backend is as secure as it can be to ensure the overall safety of app data.
Over to you now
Data breaches may stain the image of your business name publicly, may make you incur huge losses or worse, make people lose trust from your business and cause you a loss of a large customer base. If people can start a ‘Delete Facebook’ movement and actually go forward with it, people steering clear of your business app in the wake of a data breach may not come as much of a surprise to you. So, make sure that such a day never comes by making an app that has security and can stand firmly against any data breach attacks. It is a good idea to choose a reliable app development company to assist you with it.
This blog is listed under Development & Implementations , IT Security & Architecture and Mobility Community
Share this Post:
0
Was the blog helpful?
Related Posts: