In the enterprise, the need to control or connect multiple devices is a common challenge. Depending on the scale of the connections involved, the solutions range from simple to quite complex. With especially complex connections, configurations that depend on straight-line can become unmanageable very quickly.

On the other hand, multi-layered connections through an advanced industrial computer may be just the ticket. While the most complicated systems may require dedicated industrial PCs (IPCs), sometimes IPCs represent overkill. For those connections that fall between simple straight-line and multi-layered configurations, an embedded computing system may be the "just right" sized solution. 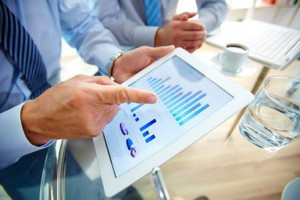 One example of a somewhat simple straight-line configuration involves device servers and networks connected through Ethernet cables. For instance, if you have an intelligent transportation system into which you wish to incorporate a secondary system for traffic controls. To incorporate a system that utilizes RS-485 device servers would require connecting the RS-485 device server to a network host, which would be responsible for actual data computation, since the RS-485 device server would only be responsible for data transmission. Multiply such a configuration over hundreds, if not thousands of units and it becomes obvious that straight-line networks are not the ideal solution.

A more robust solution would be to install an IPC that is dedicated only to processing the data transmitted between the traffic control system and the transportation system. Unlike the RS-485 device that is designed only to transmit data, the IPC configured system would both transmit data and perform computations. All the traffic between the transportation network and the secondary traffic control system would be guided through the IPC. Such a system could easily handle the sort of multi-layered network demands that would overwhelm a straight-line configuration involving an RS-485 device server.

In certain circumstances, a straight-line network configuration involving RS-485 and similar device servers is not robust enough, but a full-fledged multi-layered IPC configuration represents overkill. For instance, considering the example described above, it is clear that a device server does not possess sufficient functionality. However, the network administrator may turn to an IPC that provides more capacity than is actually needed for the network simply to access the functionality of having a computer to both transmit and process data.

Once you have decided to go with an embedded computing system, achieving proper configuration will allow the system to run at its most efficient and effective levels. Dual Ethernet ports allow for redundancy in mission-critical networks. Rugged construction, solid-state storage (rather than vulnerable disc drives) and fanless operation are all useful for embedded computing systems that must operate in harsh environments. Taking the time to determine the components that are necessary before the system is installed will minimize the possibility of crippling network breakdowns down the road.

Lewis Brooks is passionate about technology. He often writes about trends and innovations on business tech blogs.
This blog is listed under Development & Implementations and IT Security & Architecture Community
Share this Post:
0
Was the blog helpful?
Related Posts:

Behind the Smartphones - The Importance of Co...