Flutter is a brand new open-source cross-platform which is a mobile app Software Development Kit (SDK) by Google to effectively design native interfaces for Android as well as iOS platforms. It works great with any of the pre-existing code, and it is being used by mobile app developers all over the world. 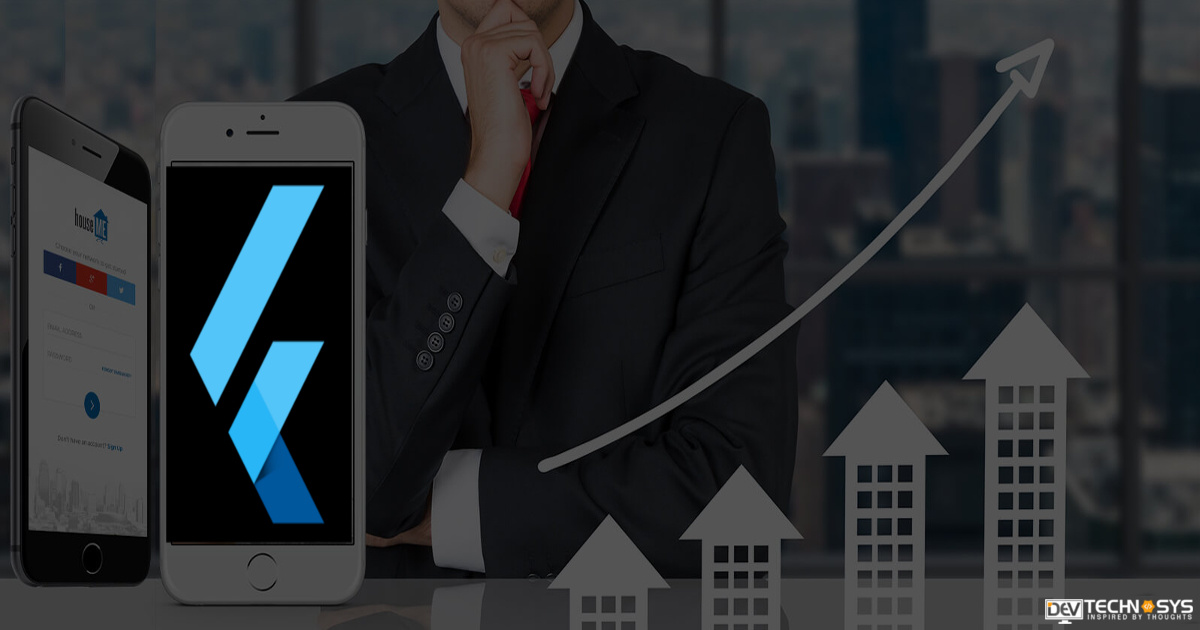 A mobile development framework is essentially a high-performance tool which is used to design various robust apps for Android as well as iOS platform from a single code base. Owing to its wide applications, Google has actually made it a vital development framework. To make it quite compatible with different other platforms, it is particularly designed in a way that it can be easily brought to different platforms too. This is why most of the mobile app development services are now adopting it.

Flutter type cross-platform tools have their own substance. Among the two most important factors is that they create a native app from the web view and churn out the great final result as it is actually a website along with infusing few of the cross-platform features within the particular native platform controls.

Flutter actually works in quite a different fashion in comparison to other cross-platform toolkits. It offers an engine which has a portable runtime in order to build the application. Whenever there is the development of the native application, this framework is built upon the new Skia graphics library which provides different widgets. In this way, Flutter offers more flexibility in order to build any cross-platform application which has way better performance.

It has wide widget library along with other types of open-source widgets that make it a complete framework. Flutter actually provides an ideal platform for the developers to develop cross-platform apps without making any compromise.

It doesn’t provide support to any available widgets which allow the developer to create their own widgets depending on the requirement of the app. Another major addition to this framework is the layout. It assists in defining the position, state and size of the widgets as per the rules and the regulations. Any mobile application development company can take full use of these layout widgets to create innovative and interactive apps.

Since layout widgets form an integral part of any application, the layout in the Flutter allows the developer to easily alter any of the existing layouts as well as including new widgets. Any existing widget can easily be modified as per requirements and can be given with a brand new loo which matches the current user interface.

Flutter provides more adaptable widget options for both iOS and Android platforms. It brings the extensive usage of material design. The entire adaptability of the Flutter app is another key feature to easily create a widget which depends on the different stages of the app development. Any developer can utilize this functionality in order to give any desired colour to the widget in order to match the UI of the app.

Distinct Features of Flutter that sets it apart

Flutter has a definite edge over different other cross-platform frameworks. Owing to the rapid deployment to any of the unified code as well as the user-friendly user interface along with integration with other various frameworks, Flutter is way better. Some of its distinct features are:

1) It has a reload feature that makes it quite easy to experiment. This means that the developer can easily create UIs, add features and fix bugs faster. It has sub-second reload time cuts down related to extra time on simulators, hardware as well as emulators for Android and iOS platforms.

3) It has a modern reactive framework which can easily be used to compose different UIs with the assistance of a complete platform that is blended with a rich layout as well as foundation widgets. The complex APIs of the user interfaces can easily be created along with UIs relating animation, gestures, 2D etc.

4) Flutter allows the developers to easily reuse any of the existing codes in Swift, Java and Objective C that provides the space to easily bring in native features along with SDKs on the Android and iOS platform. The developer can easily introduce rich features in their apps with its APIs, third-party SDKs and native code.

5) Not every developer is widely experienced in the development of apps. Everyone starts from the initial level. Flutter provide an easier way to create mobile apps. It has easy to use tools as well as libraries which makes it quite effortless as well as straightforward to create an app.

How App Development is Shaping the Future of ...

Top Mobile App Trends to observe get into 201...

Why Is Xamarin Mobile Application Development...