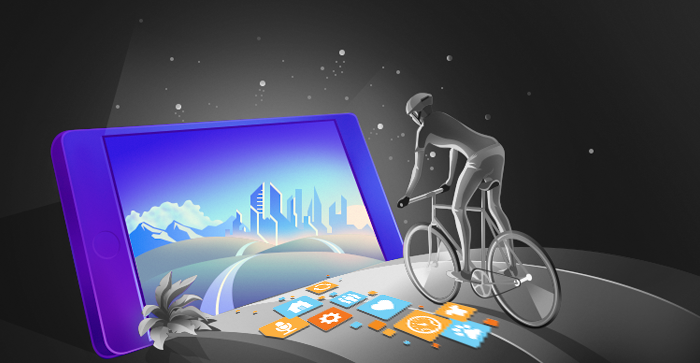 In 2018 One of the world’s Largest Technology ecosystem App Store turned 10 years old, and the buzz has started about the future of mobile apps in the coming decade. In this blog I shall discuss the very question of the survival of mobile apps as we know it, followed by the most happening trends affecting its survival.

According to a recent report, mobile apps are predicted to generate around 189 billion U.S. dollars by app stores and app advertising by the year 2020.

As Daniel Bæk (co-Founder at Nodes) said, “Tech will transform from something we actively use to a more seamless integrated experience that is ‘on’ all the time.”

Consumers are used to operating most of internet via their phones. 90% of the time is spent on mobile apps as against 10% of the time spent on mobile websites. Often it happens that you are directed to the respective app store to ‘download’ the app when you visit a website, say Facebook/ Quora etc.

While you have the obvious irritation to ‘download’ yet another app on your phone which is going to be lost in the many other icons spread clumsily on your mobile app screen, the big question is, why should mobile apps survive in the Future when there are Mobile websites available. This doesn’t end here. It is interesting to note that just about all modern websites are doing their best to optimize their website to work best on smartphones of different operating systems and resolutions. Companies/idea owners are investing thousands of dollars to add responsive web design to their web applications. Which makes it all the more interesting why should a company/idea owner plan to launch an app as well besides addressing their customers via mobile website?

Top reasons why you need to have an app besides mobile website:

Angular 2 and React are certainly making web browsing go much faster. But by virtue of having content downloaded on your device, mobile apps load much faster. While loading time will always be an issue with websites, app pages optimized for set operating systems are way faster to operate.

Apps have much more features than browsers. Web Browsers are adding new features like Geolocation to compete with apps. Still apps are much ahead in the game of functionality because even without the Internet connection certain features can be made available on mobile apps and that is not the case with browsers. Imagine you are adding expense logs to an account while travelling through a valley with no mobile coverage - there are apps in the market which allow you to enter the data while in offline mode and save this data locally on your smartphone. The next time when the internet is available on the smartphone, all the saved data gets synced and for the end-user, the experience is smooth.

To open an App user just needs to click the app icon. But to access a website user will open a browser, type in the website name find the relevant one in the search result and then open it. I am not even including the problems with some websites’ response time. Talk about conveniences.

According to a Deloitte study “an average mobile user checks his phone 46 times a day. If he sees one page of the app menu every third time he checks the phone. He would see every app icon around 5,600 times a year.” Isn’t it the most effortless way of branding?

According to statista, “till the end of year 2018, 2.53bn people would be using smartphones worldwide.” It simply means they all are using mobile apps and these numbers are rising fast every year, so the question is what changes should we be expecting in the coming decade?

These are some of those trends you can see growing in the next few years:

According to a research done by ‘IDTechEx’, the market of wearable devices will gain an accelerated yearly growth of 23 percent i.e. over $100bn by the year 2023 and, over $150bn by 2026. This opens up new doors for vendors, app developers, and accessory makers. Mobiles Phones will become the host of a personal network for wearable gadgets such as health sensors, smart watches, display devices and a variety of other sensors attached to clothes and shoes.

Wearable technology is a term used for devices that can be worn near the body. These technology will communicate with Smartphone applications to exchange information.

Mobile-commerce generated 34.5% of total ecommerce sales in 2017 and by 2021, this number is expected to be grow by 54%. One-third of our decision-making is influenced by our research on mobile device. Brands should see this as an opportunity to grow mobile marketing.

3.8 million apps are available in the Google App Store in 2018, and increasing day by day. Then how will Google decide which app to show for a certain type of query? Answer is ASO(App Store Optimisation). With increasing competition in the app store, every business is bound to make more efforts to rank their app up on the app store. In current time ASO is not as popular as SEO. But in future where Apps are going to take over web, ASO industry will be in demand; in whatever form it may exist in.

According to Gartner there will be 26 billion mobile connected devices by 2020. Hundreds of Smart home gadgets are included in this category. And all these smart gadgets need their own mobile apps to be operated by a Smartphone. As these devices grow their reach in the human household, Mobile app market will grow equally with them. Along with Artificial Intelligence, IoT is another industry attracting inventors, interests and investors globally.

CEO of Localytics says, “The rich and interactive experiences we have come to expect on mobile apps have created new standards and expectations for all digital media including the web. The result is websites are evolving to become more app-like in their rich functionality.”

The emphasis of UI and UX has epidemically affected the very web applications the mobile world originated from. Despite numerous innovations and the fast changing technology world, mobile apps still seem to be very important for the future because of all the technological devices around us, smartphones are still our favourite buddy. Aren’t they!

Author Bio: Ajeet Singh is responsible for driving sales, forging strategic partnerships and managing key client relationships for Algoworks in the United States and Canada. In the past, Ajeet has held consulting roles with various global technology leaders, such as Globallogic & HSBC in India. 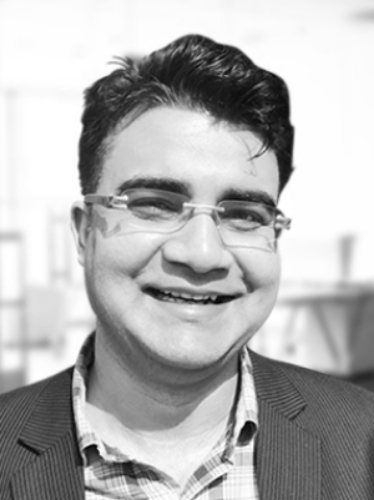